Ray Yeung has a sixth sense about tomatoes. He’s been around them his entire life, first working on his father’s canning tomato farm, and since the early 2000s growing heirlooms in West Sacramento.

“You just have to have a feel for it,” Yeung said during a morning chat earlier this month on the farm. “I just have an eye for that.”

If you’ve seen one of his heirlooms, you know they could care less about being normal. Many of them look like they’re ready to burst. And they have some really strange names: Pineapple, Green Zebra, Black Prince, and Lemon Boy.

Yeung’s transition to farming heirlooms came by complete accident: He was on his lunch break and asked a friend to bring him some tomatoes.

“And they turned out to be Marvel Stripes,” Yeung recalled. “It said it on the sticker.” He liked the taste of them, so Yeung went out and planted some.

“They’re these really beautiful rainbow-colored tomatoes that were orange and they looked like a pineapple,” Yeung said. He later took the tomatoes to a produce distributor, who told Yeung he’d take every last tomato if he planted more. So, Yeung agreed — and planted 20 acres. 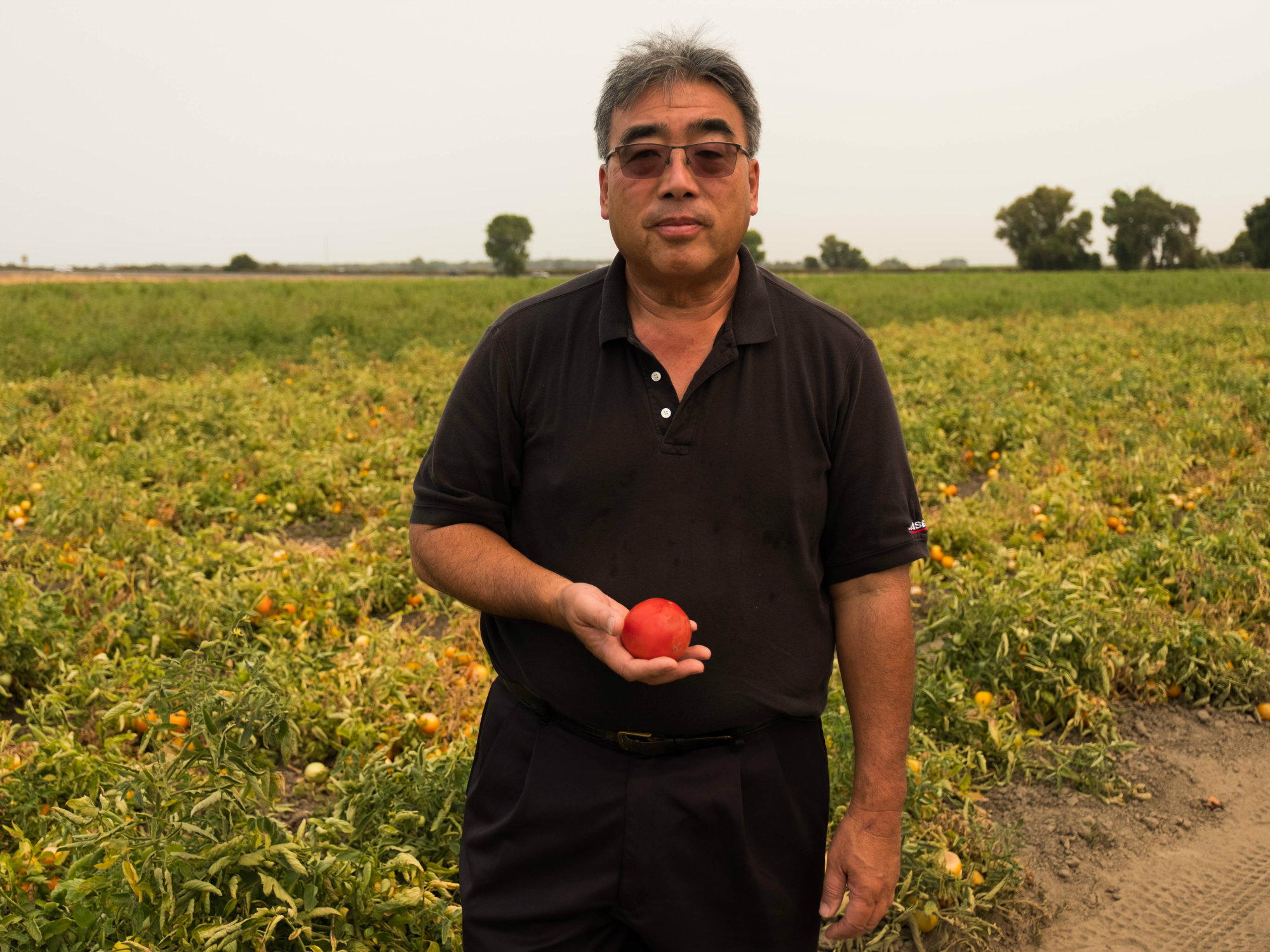 Fast-forward almost two decades, and Yeung is growing more than 25 different varieties. And he knows what it takes to make a good one.

“What we try to do is get a blend of colors and tastes,” Yeung explained. “[Everyone] likes to eat with their eyes. They like to see nice colors.”

A obstacle, however, is that Yeung is color-blind — he can’t completely tell if a Green Zebra is light green with dark green stripes, or that a Rainbow is a mix of red, orange, and yellow — so Yeung depends on his wife to help him distinguish colors.

Nevertheless, Yeung is today a local tomato icon, which is kind of a big deal in a city known for its love of tomatoes. So much so that other farmers don’t want to compete.

Suzanne Ashworth with Del Rio Botanicals in West Sacramento, for instance, says she only grows cherry tomatoes, “because Ray Yeung does the other tomatoes, the big tomatoes.”

Every year, Yeung takes his big tomatoes and partners with chef Patrick Mulvaney. He’s the owner of the restaurant Mulvaney’s B & L in Midtown, and he loves Ray’s heirlooms.

At a recent event outside the warehouse of a local produce distributor, Yeung and Mulvaney teamed-up to make caprese salad.

Mulvaney says Yeung’s tomatoes taste like Sacramento. “We always talk about the efforts of a craftsman or someone who’s really good at their work,” Mulvaney said, “which Ray is, and I think that helps, too.” 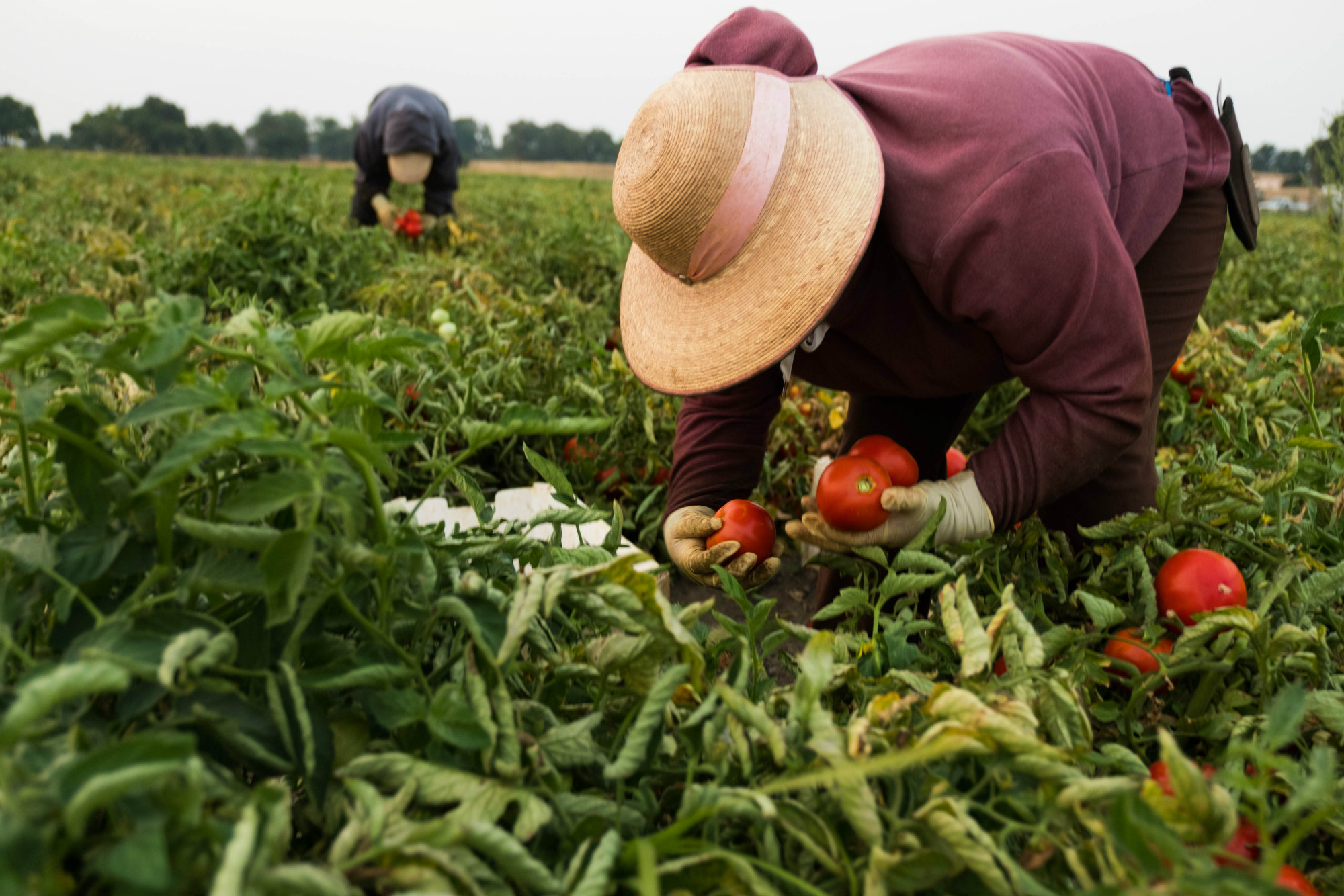 Back at the farm, Yeung said becoming an heirloom farmer was once just an idea he drew out on a scratch pad. After years of tinkering with different flavors, taking risks with new methods, and collaborating with others, he says he learned how to grow a near-perfect tomato.

And that success. It trickles down.

But the art of growing a perfect tomato is evolving. It’s about taking something and trying to make it just a little bit better every day, he says.

“Growing these things is like a fashion show,” Yeung said. “You have to come out with something new all the time, because there’s always something changing.”

In this case, change benefits everyone.

Correction: A previous version of this story misidentified a tomato variety as heirloom. The correct variety is Lemon Boy.