The Sacramento Theatre Company has revived "Man of La Mancha," a venerable Broadway musical loosely based on the 400-year-old classic "Don Quixote." It’s a loveable chestnut, holding up rather well despite the passing decades.

Chances are you already know most of what you need to know about "Man of La Mancha." This musical is famous for a stirring song that became a pop culture anthem, and it’s sung quite nicely in this production by veteran actor Chris Vettel, who has a voice big enough to carry it off.

I don’t want to get gushy, but there’s something rather pleasant about encountering an old musical that was inspired, at least nominally, by one of the world’s great books. I won’t push this point too far, because "Don Quixote" by Miguel de Cervantes covers a thousand pages, and takes time to read and appreciate.

The 1964 musical "Man of La Mancha," by contrast, runs a snappy two hours and 15 minutes. But by the standards of today’s Broadway shows — I’m thinking about "Legally Blonde," where the cast goes on a shopping binge while singing “Oh my god, oh my god” — a show like "Man of La Mancha" seems lofty and wise, as Don Quixote suggests that madmen may have a better grasp of reality than the rest of us. 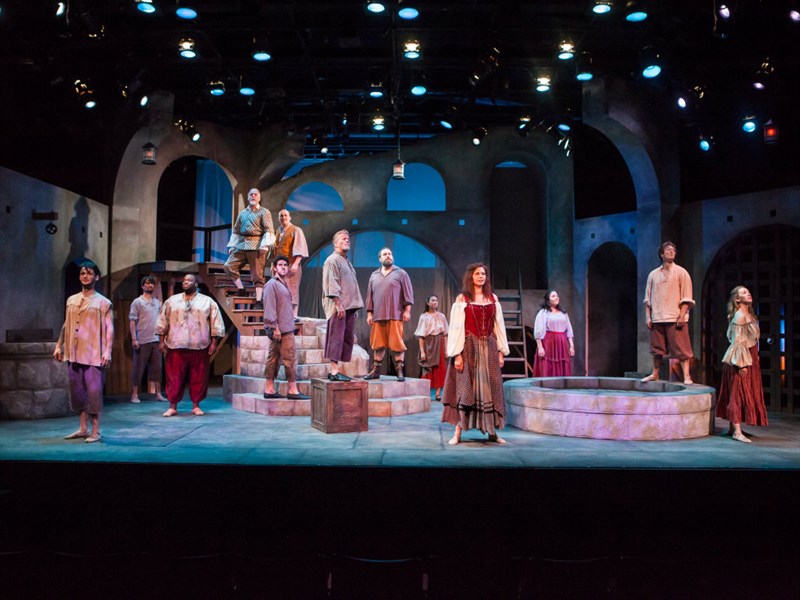 Director and choreographer Michael Jenkinson stages this revival in a lively manner, and cast members Nicole Sterling, Matt K. Miller and Michael RJ Campbell contribute strong supporting performances. This is a good, sturdy production of a favorite by one of Sacramento’s professional theater companies.

And if you’ve enjoyed "Man of La Mancha" in the past — or you’re part of a younger generation that’s never seen it done live — you’ll find the Sacramento Theatre Company’s production rewarding.

The Sacramento Theatre Company production of "Man of La Mancha" continues through May 13.