On the second floor of Luther Burbank High School in South Sacramento, math teacher Michelle Freeman helps students figure out where they’ll be taking today’s SAT test. “They’re not necessarily with the people that are normally in their classes,” she explains.

This is first time Sacramento City Unified School District is offering the SAT for free to every junior in the district. It’s expensive, but many of California’s school leaders say there’s a solution for paying for it. Students say that would make getting into college easier.

After the testing is finished, they lumber out of the classrooms. Enrique Valladares, who wants to attend Santa Clara University and study computer engineering, says taking the SAT during school hours was reassuring.

“I was well aware of the fact that completing this test will not only give me more opportunities to apply for colleges, but also achieving my parents’ goal of doing better than they [did],” he says.

Sacramento City Unified School District is one of about 30 California school districts providing the SAT for free this year. Superintendent Jorge Aguilar says the move is about giving all students a better chance to prepare for college. “By offering them the opportunity to take the SAT, many more will have that choice available,” he said, adding that the test is given to all juniors so they have time to improve their scores before they apply for college during senior year.

About a third of California students leave high school without taking the SAT or ACT, according to the California Department of Education. In Aguilar’s district, about a quarter of this year’s seniors who were on track to meet college requirements didn’t take the SAT (a small percentage may have taken the ACT instead, but most didn’t.) Aguilar is one of dozens of superintendents supporting a bill he says would make it more affordable for schools to offer the test.

About a third of California students leave high school without taking the SAT or ACT.

Assembly Bill 1951 would give districts the option to use state money to give the SAT or ACT instead of Smarter Balanced, or SBAC, the required standardized test.

Sacramento City Unified used a state grant to cover the cost of its free SAT day, which wasabout $144,000. But the district won’t have that money next year. “The bill would allow us to seek reimbursement for the cost of this initiative,” Aguilar said.

But State Superintendent Tom Torlakson is against the idea of getting rid of the SBAC. In a letter of opposition to the bill, he wrote the state has worked hard to develop a new system of standardized testing that measures whether students are meeting California’s academic standards, and that neither the SAT or ACT are designed to measure the state’s standards. The college entrance exams measure college readiness and would likely require significant revisions in order to work, Torlakson wrote.

But the bill’s author, Democratic Assemblyman Patrick O’Donnell from Long Beach, says the SBAC isn’t a perfect measurement tool either.

“There is no one test, not even the SBAC today, that is completely aligned to the Common Core standards,” O’Donnell said.

Students don’t care about the SBAC, and that giving the SAT would be more meaningful, during testimony to the Assembly Education Committee earlier this month. “They have a stake in doing well,” he said. 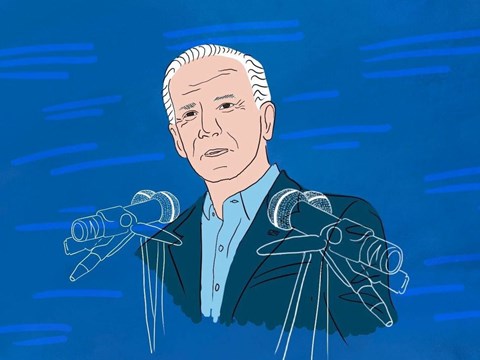