Are You Too Stoned To Drive? New Phone Games Could Help You Decide.

As Californians take advantage of newly legal recreational pot, scientists are teaming up with app developers to solve some very tricky problems: how to identify weed impairment on the road, and how to stop people from driving high in the first place.

A state law effective Jan.1 bans smoking or ingesting any cannabis product, including edibles, while behind the wheel. California Highway Patrol said officers are trained to detect impaired drivers, including those using marijuana, and that DUI penalties apply whether you’re smoking, eating or drinking.

But there are  additional challenges with weed. For one, experts say more people are comfortable driving high than driving drunk. A survey from the Colorado Department of Transportation found that 55 percent of marijuana users believed it was safe to drive under the influence and had driven high in the past 30 days.

Plus, there isn’t a legal limit for THC, the psychoactive ingredient in pot, that officers can reliably test for with a breathalyzer or a mouth swab. And basic alcohol assessments like walking in a line or following someone’s finger don’t necessarily hold for weed, said Elisa Pabon, a doctoral neurobiology student at the University of Chicago. She said there’s a huge gap in scientific research on how to properly assess marijuana impairment.

“Developing a field sobriety test for the drug is not going to be as simple as the ones we’ve been developing for alcohol,” she said. “Because a lot of people have different baselines and different impairment measures based off of when they began using the drug, how often they use the drug, whether they’ve built up a tolerance and other factors to take into account.”

So officials are looking for ways to accurately assess whether someone is too high to drive. California Highway Patrol Lt. Eric Jones, who works in the agency’s impaired driving section, said they are “looking at some preliminary devices. We’re in the early exploratory stage. But at this point, they are not deployed to the field.”

Pabon and her team are using funding from the National Institutes of Health to develop a mobile app they call, “Am I Stoned?”. It could eventually lead to an official field sobriety test for marijuana. Or it could just help at-home users figure out how high they are.

The app, which is still in the testing phase, would include a series of five to seven minute games to assess impairment. One is a finger tapping exercise, one checks for reaction time, and another asks users to remember and repeat a pattern.

She isn’t the only one looking into this. Researchers at UC San Diego are currently looking at an assessment tool for the iPad. And there are already a few apps on the market for this purpose, though they weren’t funded with scientific research dollars.

A professor of psychology at the University of Massachusetts developed a mobile app called Druid, which tests for both weed and alcohol impairment. A similar app called MyCanary hit the market in 2015 and has already drawn tens of thousands of users, according to its developer. It involves a balance test, a reaction time assessment and a memory challenge. 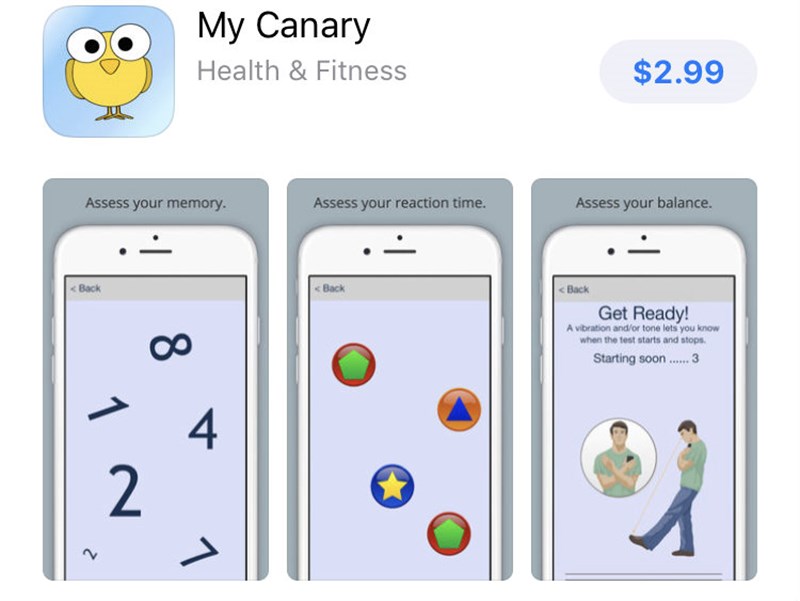 A new app created by neuroscientists could help people decide if they are too stoned to drive.  Screengrab

Paul Armentano, deputy director of the National Organization for the Reform of Marijuana Laws and a consultant on the MyCanary app, said it was developed in preparation for mass legalization. There are now 29 states that have legalized recreational or medical pot.

“Because of that, there is a need and a desire for responsible adults use cannabis, to have a way to be able to check themselves prior to driving, to make sure they are not impaired before they go behind the wheel,” he said. “This is just a practical way to empower the consumer to make responsible choices.”