“We’re going to be here every Tuesday, Wednesday, Thursday until we get justice,” founder Tanya Faison said on Wednesday after several hours of marching through the streets of downtown.

Black Lives Matter says it will show up at the DA’s headquarters on Tuesdays, Wednesdays, and Thursdays from 3:30 to 5 p.m. — and might stay later.

They want the two officers who shot Clark to be fired and indicted.

The DA's office has not released details about the investigation, other than to say the timeline for a report could be six to 12 months.

During previous weekday marches, people brought signs bearing Clark's name. But on Wednesday, the anniversary of Martin Luther King Jr's death, other victims of police violence were represented, as well.

Allisha Crockett is a Sacramento native and says she's seeing lots of new faces in the crowd and that this movement is becoming more of a regular community event.

"You are seeing, in my opinion, a lot of um … folks out here that just want to be seen. But this is a good thing. It's never a bad time for new folks to get involved in what's old business,” she said.

Tanya Faison, leader of the Black Lives Matter chapter of Sacramento, says protests will continue every week from 3-5:30 or longer on Tuesdays, Wednesdays, and Thursdays.

Several hundred protesters returned to downtown Sacramento this afternoon to demonstrate against the police shooting of Stephon Clark. The action is going down in solidarity with a national day of action marking the 50th anniversary of the assassination of Martin Luther King Jr.

For some of the activists, such as Allisha Crockett, these protests are about showing everyone that they are all the same.

"Everyday is significant, to be honest with you, for brown and black people, and I think thats the message that needs to be heard and the message thats trying to be delivered," she said. 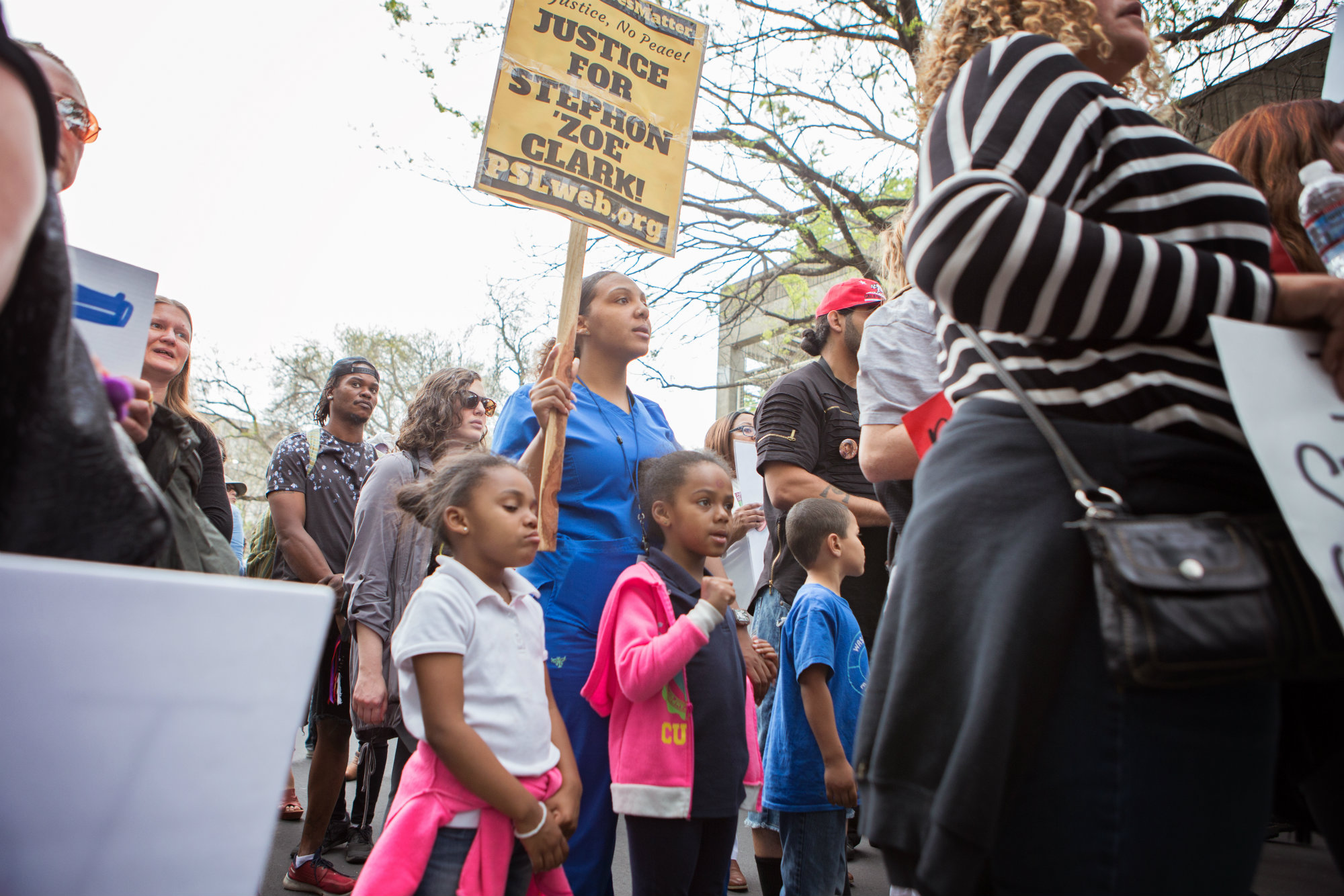 “I think we’re getting to a very peak point, especially in Sacramento,” she said. “I haven’t seen support like this happen in all the years I’ve been alive.”

Beginning at 3 p.m., several hundred demonstrators posted up in front of District Attorney Anne Marie Schubert’s offices, where they’ve regularly protested during the past two weeks.

They are demanding that the DA file criminal charges against the two officers who fatally shot Clark on March 18.

Demonstrators are asking for DA Anne Marie Schubert to indict the two officers who shot Clark on March 18th. Schubert hasn’t commented on details about the case pic.twitter.com/b1oFiFZifO

Listen to Capital Public Radio’s interview this morning with Schubert.

Follow reporters Adhiti Bundlamdi and Ezra David Romero, who are at the demonstration. 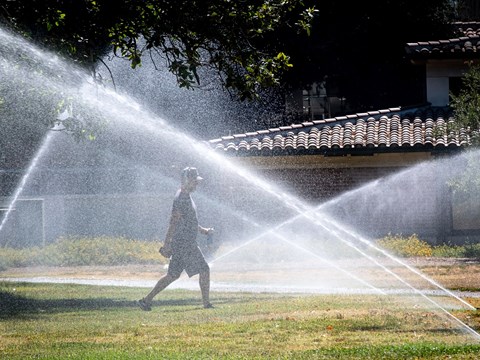