'The Arsonists' At Capital Stage Is A Mix Of Crime, Family Values, Music And Mystery

Capital Stage’s "The Arsonists" is a two-character drama that unfolds on a stage equipped with a couple guitars, a can of flammable fuel, a pack of matches and lengths of rope that will be used in setting a fire — but the production is a hypnotic, surprising journey for the audience.

As the title indicates, the play about two people who work surreptitiously as firebugs for hire. They do it partly for the money, but also for the adrenaline rush of watching a big fire burn. They are a father-daughter team, and the bond between them is strong. They sing as they carefully prepare for their next blaze in an obscure wooden shack on the soggy fringes of The Everglades, cutting fuel-soaked ropes to use as wicks.

These two are audacious, accomplished. They are very good at what they do, even though what they do is criminal. Yet you end up almost admiring them in a strange way, even though you know they are wrecking homes and lives — wildfires that take down homes being a sensitive topic in California right now.

They also can cuss like nobody’s business. Capital Stage sometimes does a language advisory on certain shows, and maybe they should have considered one here, given the number of F-bombs that one character drops in the first few minutes. 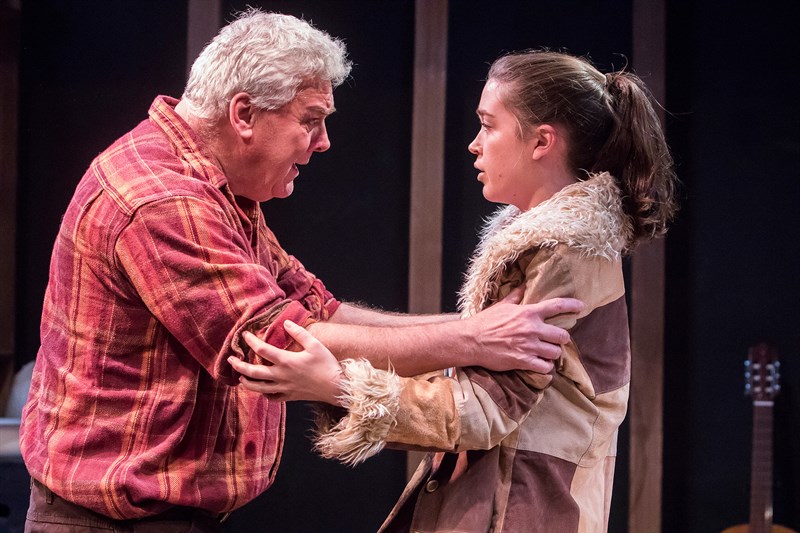 But in other scenes, they break into radiant, lyrical language, like this scene in which the father spins a tale about seeing a tiger moving through the sawgrass like a flame.

As the daughter immediately points out, tigers don’t live in the Florida Everglades; they have panthers. But resourceful veteran actor Rich Hebert — who we’ve seen in big Music Circus shows and smaller B Street Theatre comedies, generally playing stock characters (albeit with great skill) — is spellbinding in this production, to the point that you want to believe him when he insists he really did see a tiger.

Onetime B Street intern Megan Wicks, as the daughter, gets opportunities to shine, as well, as a feisty, socially awkward girl who doesn’t have much of an independent social life. But eventually, after a fire goes wrong in a bad way, the dad urges his daughter to get out of the family business, and put away the matches and the gas can.

This one-act play runs barely an hour, but it carries an amazing concentration of potent imagery, in a way that keeps your brain humming. In addition to the compelling father-daughter theme, there’s a ghost story, ending with a glimmer of redemption. But "The Arsonists" is not at all like Jacob Marley addressing Scrooge from beyond the grave. This is a haunting of a very different sort.

The play also invokes the three women from Greek tragedy known as The Fates: one spins the thread of life, one measures out the length, and the last one cuts, bringing that life to an end. 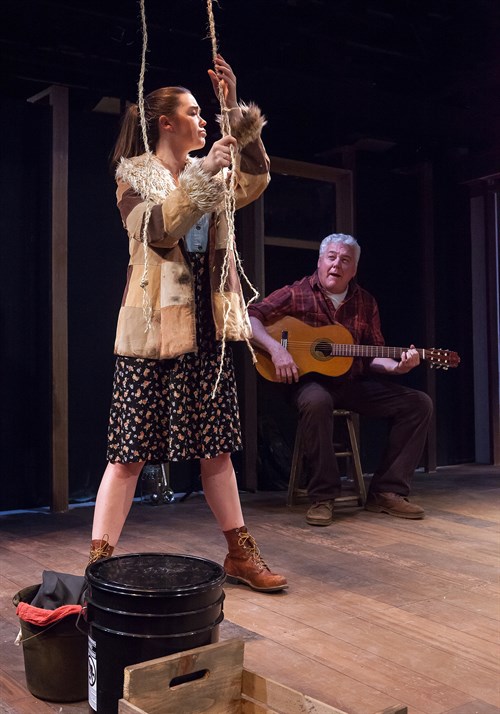 This is also a play with music — lots of music, including a number of original songs composed for the show, as well as Southern gospel standards from a hundred years ago that are still sung today. Sam Misner (half of the popular Misner and Smith duo, who have appeared as actors at Cap Stage) tutored this show’s two actors in terms of how to handle a guitar while singing.

And the scenic design — a somewhat decaying clapboard cottage at the edge of a swamp — as well as the visual effects implying fire, are very effectively rendered.

Director Gail Dartez sustains an air of mystery and skillfully layers this play’s unusual (and unlikely) array of very diverse elements so that they somehow feel natural together.

"The Arsonists" is a unique little show that covers some pretty uncommon subject matter in a convincing way. It’s a production that the artists involved, and Capital Stage, can be proud of.

"The Arsonists" continues through April 15 at Capital Stage in Sacramento.