When 10 a.m. arrived, students poured out of classrooms at Encina Preparatory High School and gathered under a covered walkway. Sophomore Jada Grove stood by a handmade banner that read "Join The Walk."

"I'd like to see the kids here take this seriously and just stand here quietly for 17 minutes,” she said, “but I'm not sure how to get them to do that yet."

Eventually, physical education teacher Johnny Vasquez asked students to hush for one minute of silence to honor those who died at Marjory Stoneman Douglas High School a month ago. It worked.

The students at this Arden-Arcade school joined thousands more throughout the Sacramento region who left their classrooms on Wednesday. Many held silent vigils for the victims of last month’s school shooting in Parkland, Florida. Others spoke out against gun violence in this country.

At Encina, sophomore Angelique Gauthier said students needed to be reminded why this was happening. "I think this lets everybody know that, even though we do not live in the best neighborhood — our behavior's not the best, our test scores are not the best — we still have a voice,” she said. “We still care about these issues. We still want to be safe, we still want to learn.

“We just want to come here and be students."

Some regional high schools placed 17 empty desks in the hallways and quads as a memorial to those who died on February 14. Some schools rang bells every minute to honor the Parkland victims.

And politicians joined students, including Sacramento Mayor Darrell Steinberg. Lawmakers also walked out of the state Capitol in solidarity, and a few hundred adults and children attended a rally on the Capitol Mall, which congregated in front of a building that houses the local National Rifle Association offices.

Nearly 300 Davis High School students gathered in the quad for a 17 minute vigil. There were speeches from student organizers, and seniors turning 18 were encouraged to register to vote.

Parents, family members and community activists gathered on the sidewalk and waved signs in front of the high school, but they were not invited on campus. The principal declined an interview and said the day was about the students. “This is their event,” he said.

At Lincoln High School some 30 miles north of Sacramento in the suburban foothills, principal Jay Berns made an intercom announcement to students just before 10 a.m. "We will be taking steps to make sure that you remain safe,” he told them.

Soon after, several hundred students left class. As they rallied, they read the names of the victims from the Florida shooting and held four minutes of silence.

The student-led gathering was 15-year-old Hana Uhler's idea. “I kind of just want to bring awareness to especially my community given that it's very conservative,” she said. “Around here, a lot people really defend their Second Amendment right."

The vigil got real at Lincoln, where a student had made verbal threats a few week's back: He allegedly stood on his desk and said he wanted to shoot up the school.

“I was shook,” Uhler said of the incident. “This is kind of like, sort of, a wake-up call.”

Seventeen-year-old Emma Bradley watched the Lincoln rally from the event's perimeter. “I knew who did the threat, that was scary,” she said. “I’m just here in support of all the kids that didn’t have to die, but did, anyway.”

Berns said he felt like a proud father at the gathering. "If you were here today as an adult, you would’ve had tears in your eyes and you would of been proud of these kids,” he said. “I don't have the answer, but something has to be done so that these kids don’t have to fear school shootings.”

The principal declined to allow politicians to speak at his school, but on other campuses, and at the Capitol, officials and lawmakers held vigils in solidarity with students.

More than 30 California lawmakers walked out of the state Capitol and stood silently for 17 minutes on Wednesday morning, and it was not simply a run-of-the-mill show of support for a good cause.

As the clock neared 10 a.m., the a Senate education committee raced to wrap up its hearing.

“OK, thank you so much,” said Sen. Ben Allen, a Democrat from Santa Monica, nearly cutting off the committee’s secretary after the final roll call vote on a bill. “Really do appreciate it. With that, we’re going to adjourn and walk out in solidarity with the students.”

Then, several committee members joined their Assembly and Senate colleagues, standing outside the Capitol in silence.

Assemblyman Todd Gloria, a Democrat from San Diego, has been to a lot of rallies and protests in his political career. This one, he says, felt different.

“I think it was extremely powerful,” he said afterward. “All of us lead busy lives. And it’s easy to move from one news story to the next, one tweet to the next. There’s something powerful about sitting there and having to focus on something — for, admittedly, just 17 minutes. You can think a lot.”

The lawmakers on the Capitol steps were all Democrats, but at least one Republican lawmaker did participate in a walkout.

Moderate Assemblywoman Catharine Baker of Dublin joined students at a school in her suburban Bay Area district, standing to the side and watching Amador Valley High students hold a memorial.

“I did it because I really believe, right now, that leaders — adults — need to be listening to our youth, put the interest group politics on mute and partisanship on mute, and listen, because they are right,” she said.

Unlike many Republicans, Baker has voted for some gun control measures in the Assembly, while opposing others.

One Republican who suggested an alternative to the walkout was Assemblywoman Melissa Melendez, a Republican from Lake Elsinore, who believes California’s strict gun control laws aren’t stopping shootings. She tweeted a photo of a friend’s sign suggesting that students “Walk up, not out” — walk up to a kid sitting alone and invite them to join your group.

“Those are the kids who are feeling kind of on the outside,” she said by phone from a courthouse in her district, where she reported for jury duty. “And I think it is helpful for kids to understand, it’s okay to let somebody different than you in.”

The Sacramento City Unified School District had prepared for walkouts at several schools, including all 12 of its high schools. Spokesman Alex Barrios says the district worked with principals to allow students to demonstrate or show solidarity with victims.

At Hiram Johnson, Superintendent Jorge Aguilar called the walkouts a “true win” for schools. “You saw civics education happening in real time, and I think we're very proud that our students chose to engage civically in a way that kept everyone safe," he said.

Hiram Johnson students also lined up 17 chairs, each with an orange card and the name of a Parkland victim written on top.

Senior Serena Rainer co-organized the school’s walkout, and she made it a point to avoid politics. "Even though we all have our differences politically, we do stand with Douglas High School in standing up for our conditions,” she said.

“I've never been more proud to be a Warrior than at this moment.” 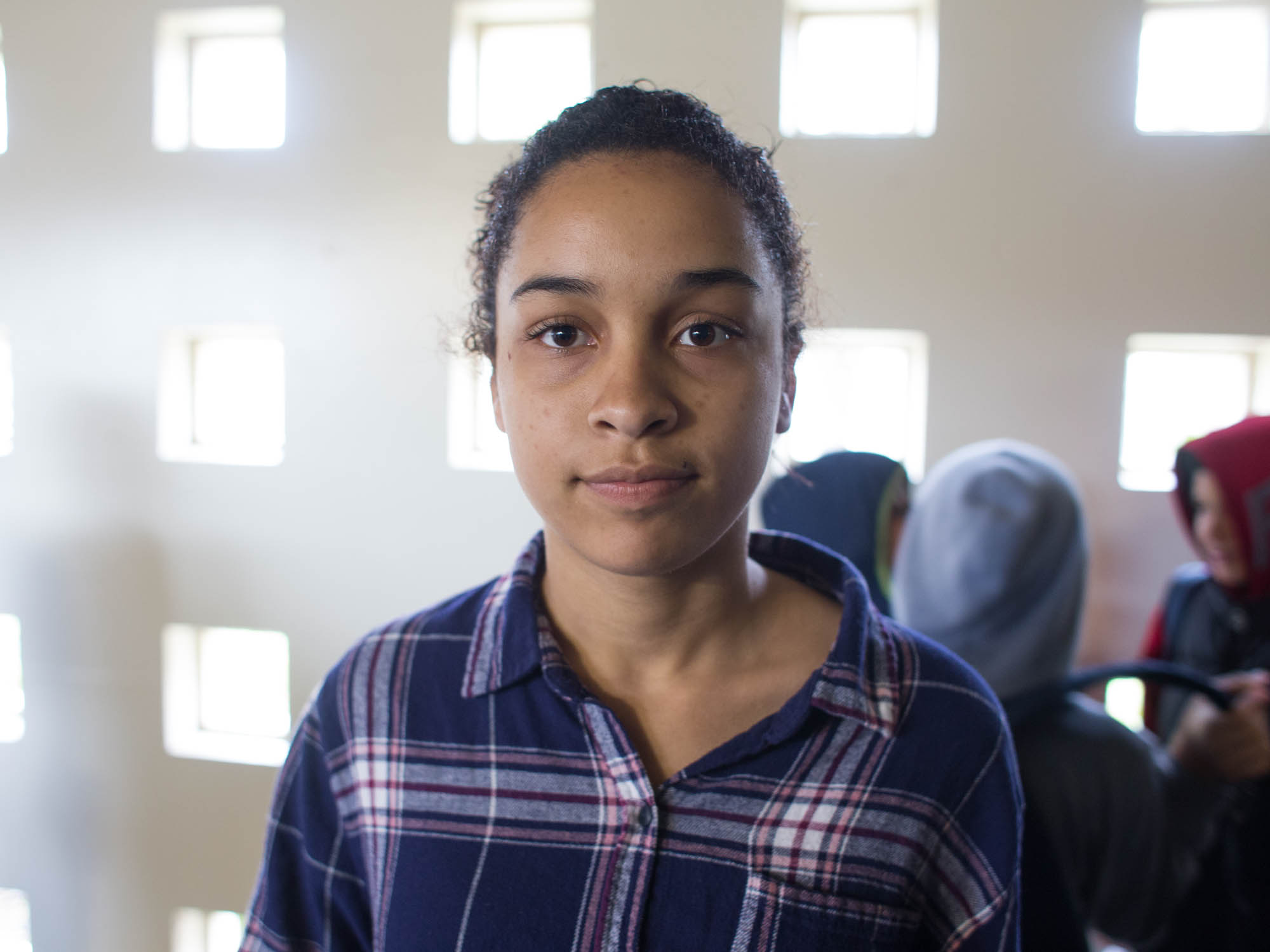 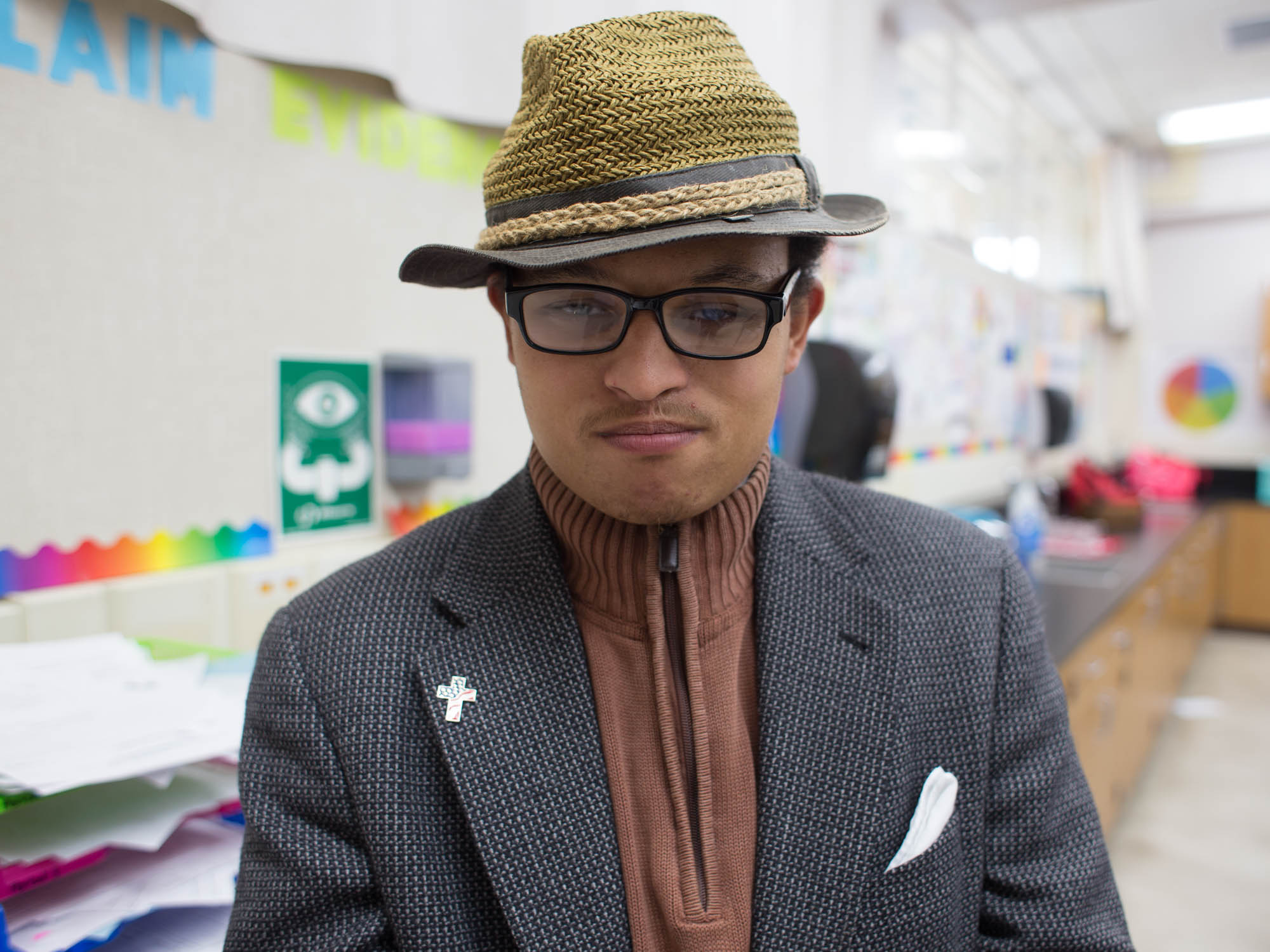 It's important to support other kids around the nation who are dying or who got shot in this tragedy. People will just grab a gun and shoot you. It's sad. It really is. I feel really safe at Encina. It's a good school. We have officers here that protect us, good staff members. Each time I come here I think about what will happen in life. What will this school become after I leave?

I want to give awareness to my community, especially given that it’s very conservative. A lot of people here really defend their second amendment right. When [the shootings in Florida happened] I was shook. It really freaked me out. This is kind of like, sort of, a wake up call. Not only for teenagers like me, but for actual people of power and people in leadership positions. They know we are the next generation of voters and they have to appeal to what we want.

It’s definitely not something that you can joke about, which is why the administration took the proper disciplinary action. Personally, that made me scared because it made me aware this could happen to us. It’s not just something that can happen in Florida, it’s a national problem. But it also gave me more motivation to do this walkout because it let me know the administration would support us.

I’m just here in support of all the kids that didn’t have to die, but did anyways. I know there was a threat of a school shooting here as a threat or as a joke, but knowing the kid who did the threat that was scary.

Bigger than being a principal, this was one of those proud poppa moments where you look at your kids and you go these are just good kids. At the end of the day they just get it. These poor kids to have to be thinking about school shootings and it breaks your heart. I just want them to be teenagers. If you were here today as an adult you would of had tears in your eyes and you would of been proud of these kids. You would of said something has to be done so that these kids don’t have to fear school shootings. 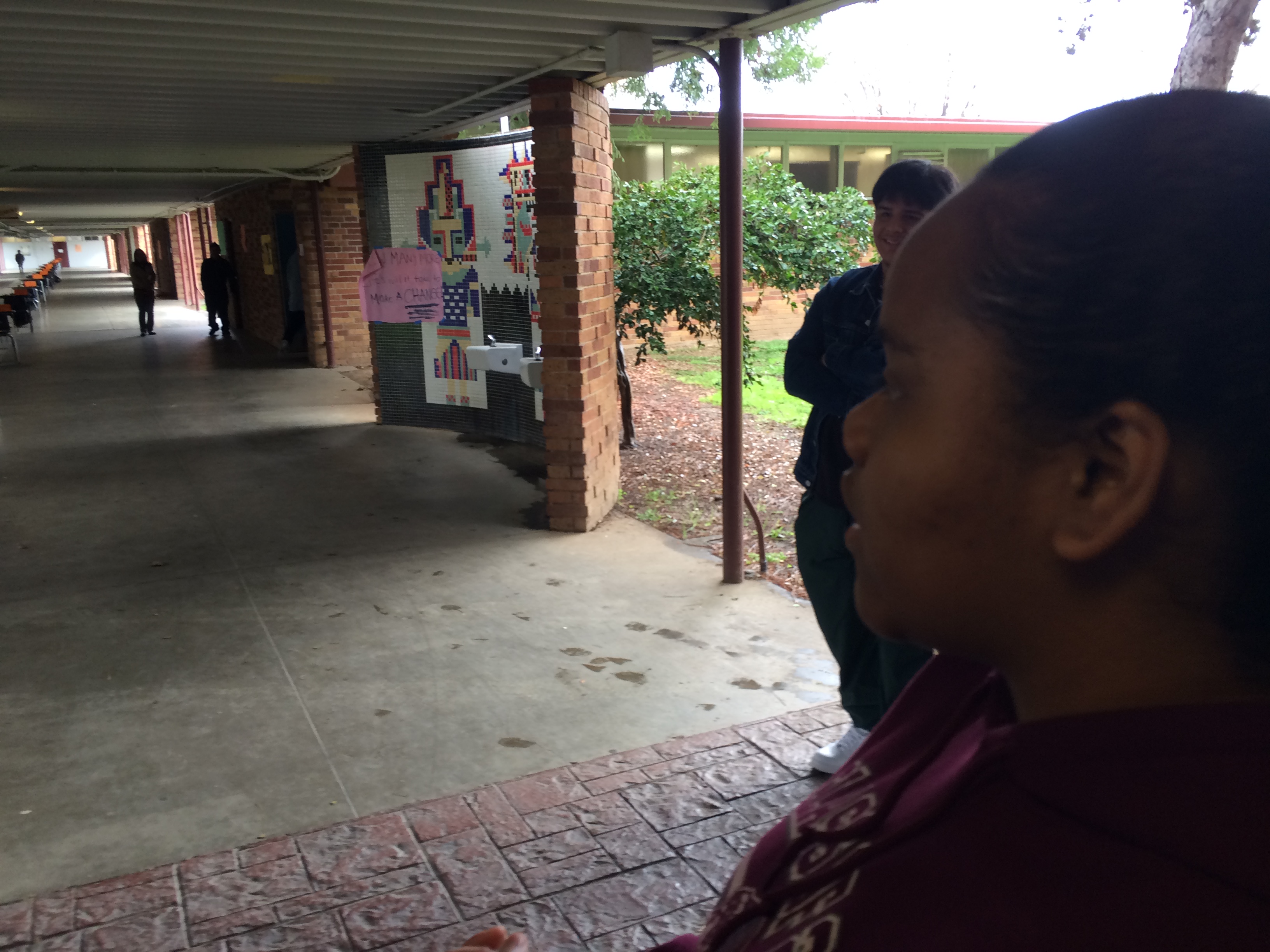 Even though we all have our differences politically, we do stand with Douglas High School in standing up for our conditions and I've never been more proud to be a Warrior than at this moment.