After over an hour of listening to supporters and opponents of the potential restrictions Tuesday, the state Water Resources Control Board delayed action on the measures.

George Kostryko, director for the Office of Public Affairs for the board, said the earliest the board could make a decision would be the third week of March.

“However, I am sure the board wants to thoughtfully consider comments made today,” Kostryko said in an email to Capital Public Radio.

(AP) — That sign in hotel rooms asking guests if they really need their towels and sheets washed each day would become the rule in California, enforced with a $500 fine, if water officials vote to make a series of smaller-scale conservation measures permanent in the drought-prone state.

Members of the state Water Resources Control Board are scheduled to decide Tuesday whether to bring back what had been temporary water bans from California's 2013-2017 drought and make them permanent.

U.S. drought monitors last week declared that nearly half the state, all of it in Southern California, is now back in drought, just months after the state emerged from that category of drought.

Most of the restrictions would take effect in April. They include prohibitions on watering lawns so much that the water flows into the street, using a hose to wash down sidewalks, or using a hose without an automatic shut-off nozzle to wash cars.

Hotels would have to ask guests about those towels and sheets. Running an ornamental fountain without a recirculating system would be barred, as would watering outside within 48 hours of a good rain. Another measure would give cities and counties until 2025 to stop watering ordinary street medians.

Many of the measures, like the one on hotel towels, are already widely followed, and common sense, said Max Gomberg, a state water-conservation official.

"Nothing's more wasteful than when the rain is falling from the sky and the sprinkler's on," he said.

Water officials expect neighbors to be responsible for detecting most of the wasteful water use and they have no plans to add more enforcement officers if the permanent restrictions are adopted. Generally, first-time offenders would get warnings, while repeat offenders risk fines.

California already has a website, savewater.ca.gov, that allows citizens to report wasteful water use.

Gov. Jerry Brown lifted California's drought emergency status a year ago, after a wet winter that snapped a historic 2013-2017 drought. Strict 25 percent conservation orders for cities and towns and other watering restrictions phased out with the end of the emergency status.

Some climate scientists say the drought never fully ended in parts of Southern California. The Los Angeles area has received just a fourth of normal rainfall so far this rainy season. The U.S. Drought Monitor said last week that 46 percent of the state is back in drought, all of it in California's south. 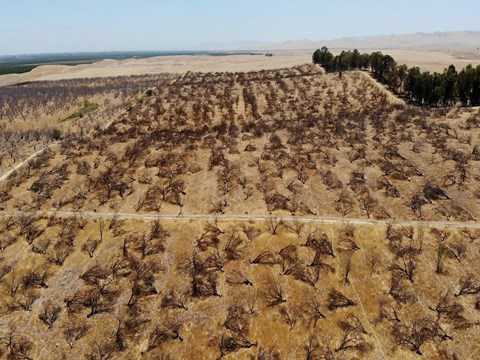