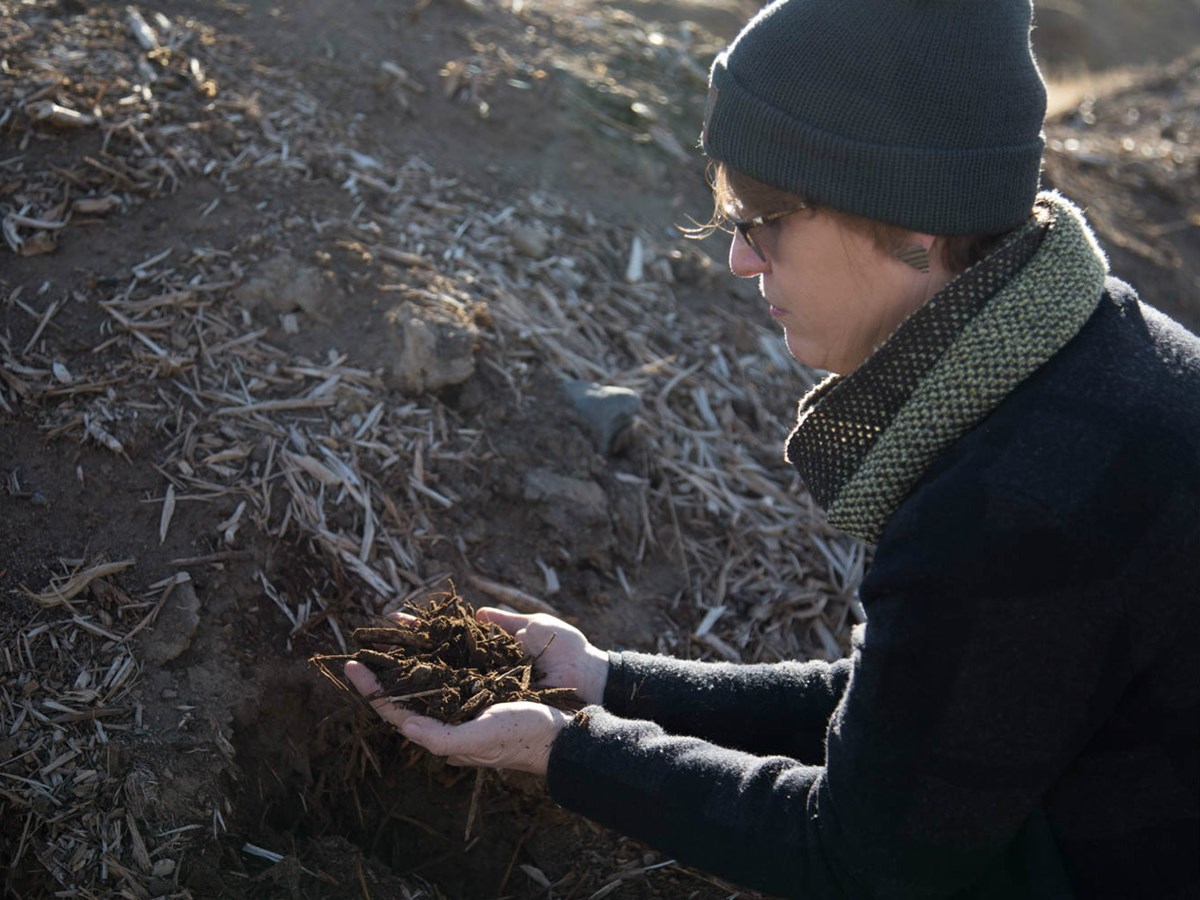 Lani Estill has started incorporating climate-friendly farming practices on her ranch, such as composting. Now, her ranch takes the equivalent of 850 cars worth of carbon dioxide out of the air and into the ground.

Lani Estill’s family ranches on thousands of acres in Modoc County on the border of Nevada and California. Her operation, Bare Ranch, sits in a place called Surprise Valley. It’s a beautiful almost forgotten place “Where the West still lives” — that’s the county’s motto.

“We have things going on here that you just don’t see going on everywhere in the nation,” Estill says. “Cattle are still gathered on horseback. We have cattle drives down the main country road.”

There are less 10,000 people in the whole county, and very few industries besides agriculture and hunting exist there. The Estills have three bands of sheep that trek through the area where the Burning Man festival takes place yearly.

“There’s a lot that goes into this,” Estill says. “It’s really hard to run a business this size. It’s not always a beautiful day like this.” 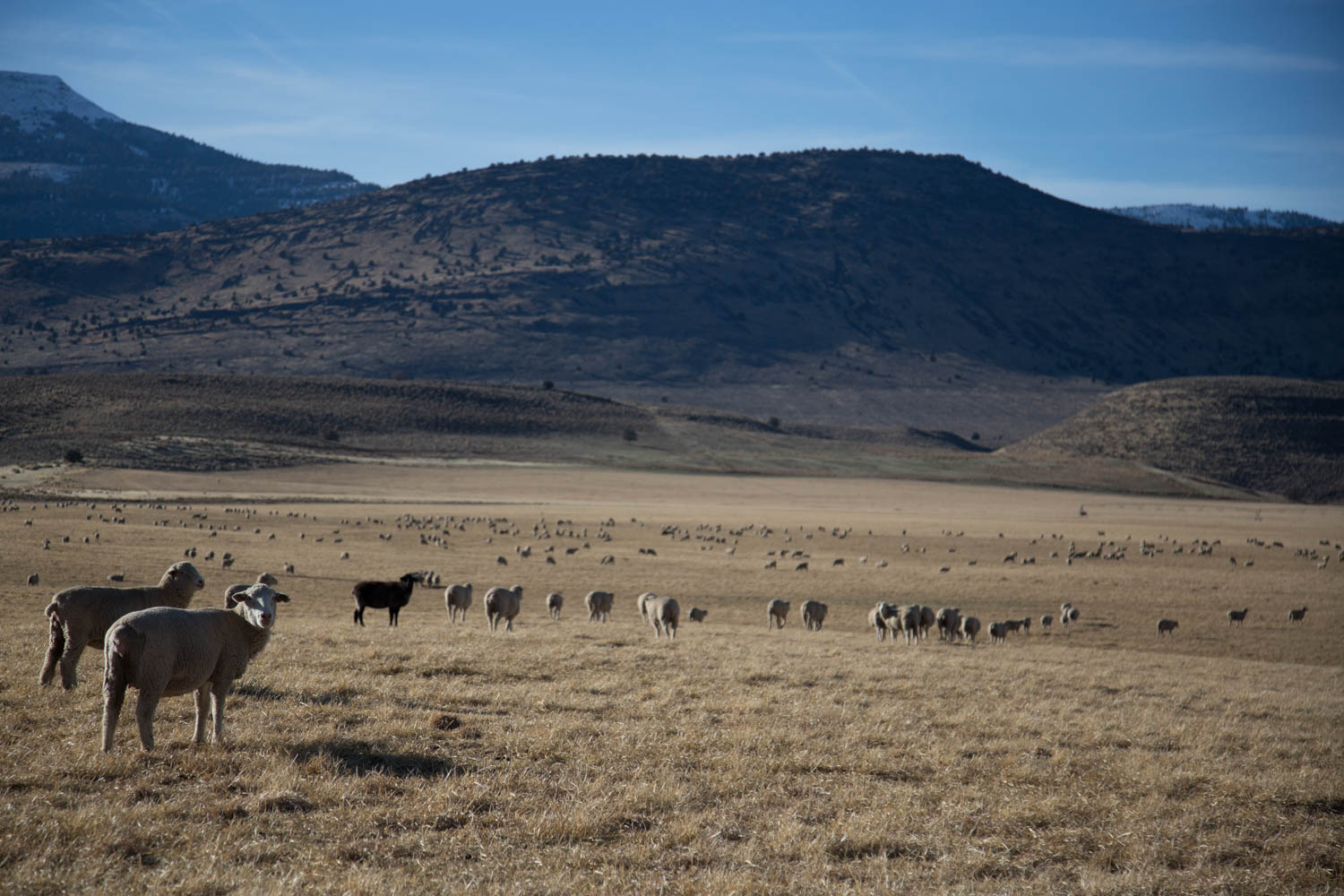 That struggle got a little easier around four years ago, when she got a call from Rebecca Burgess with the textile group called Fibershed, focused on regional textline production. The organization's goal is to connect farmers and ranchers with companies, all while benefiting the environment.

Burgess went ahead and asked Estill if her family would incorporate climate-friendly farming practices that at the same time would also keep the farm economically viable.

“To be able to do that, they needed an economy to be stable enough to retain their way of life,” says Burgess.

It took a bit of arm-twisting for the family to get on board, however, because of previous encounters with environmentalists.

“Ranchers have been threatened constantly by the environmental community,” Estill says. “So, we had to kind of open up our minds a little bit to accept what was being offered as a genuine offer.”

After many conversations, the family accepted. This meant they could establish an environmentally friendly farm plan with grant money. It was a new thing because few people ranch in a sustainable way in Modoc County.

In fact, three years later, Estill often gets questions from climate-change deniers. But now she bristles at such claims: “‘So, you don’t believe in global warming and climate change? OK. What about your riparian zones? What about your soil that is now is full of worms and producing more grass than it did before? Just, why not?’”

But Bare Ranch couldn’t become an environmentally friendly farm on its own. With Fibershed’s help, the family created a Carbon Farm Plan. And it’s simple, she claims.

“Climate-friendly farming I would say is just being aware of the soil,” Estill says. 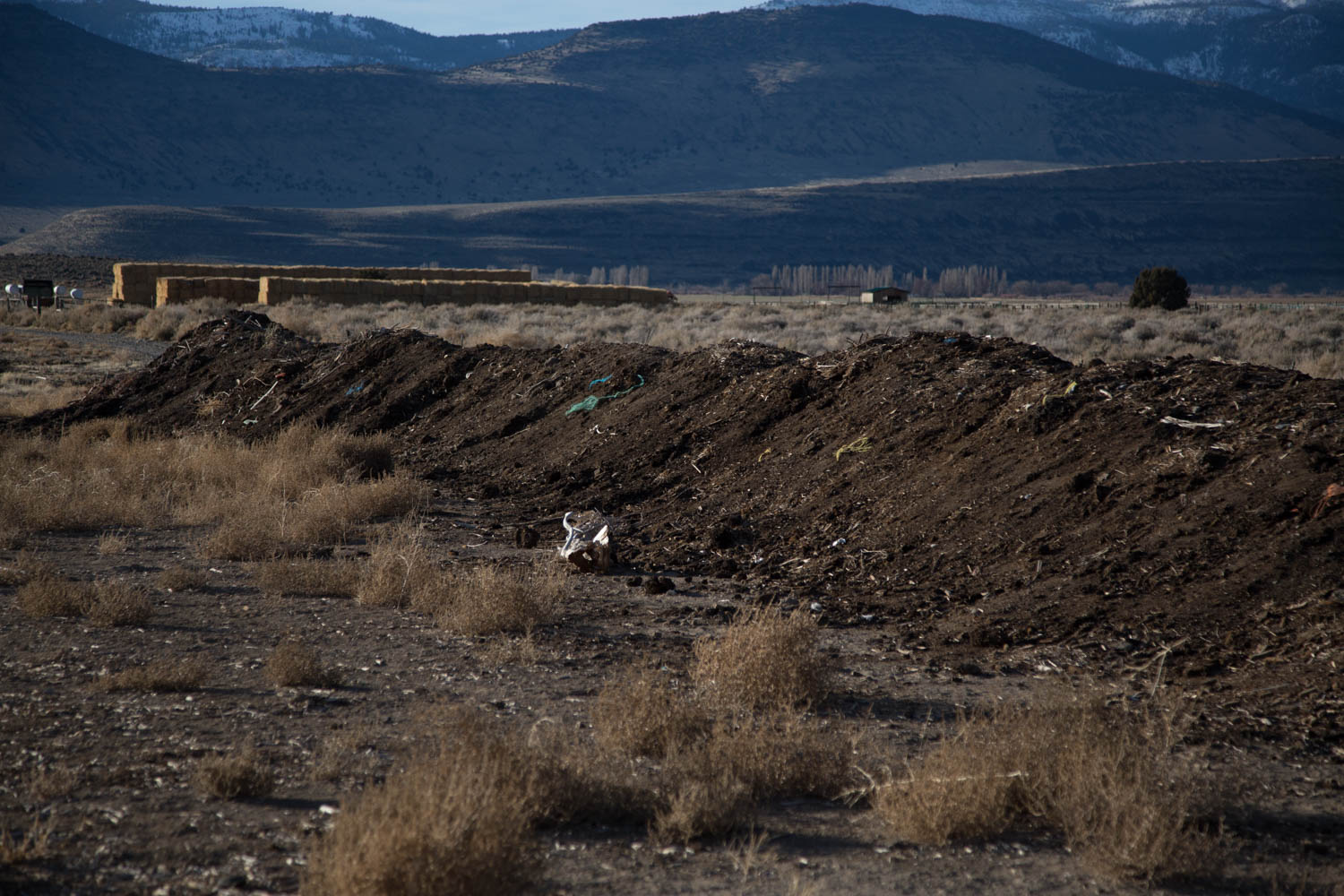 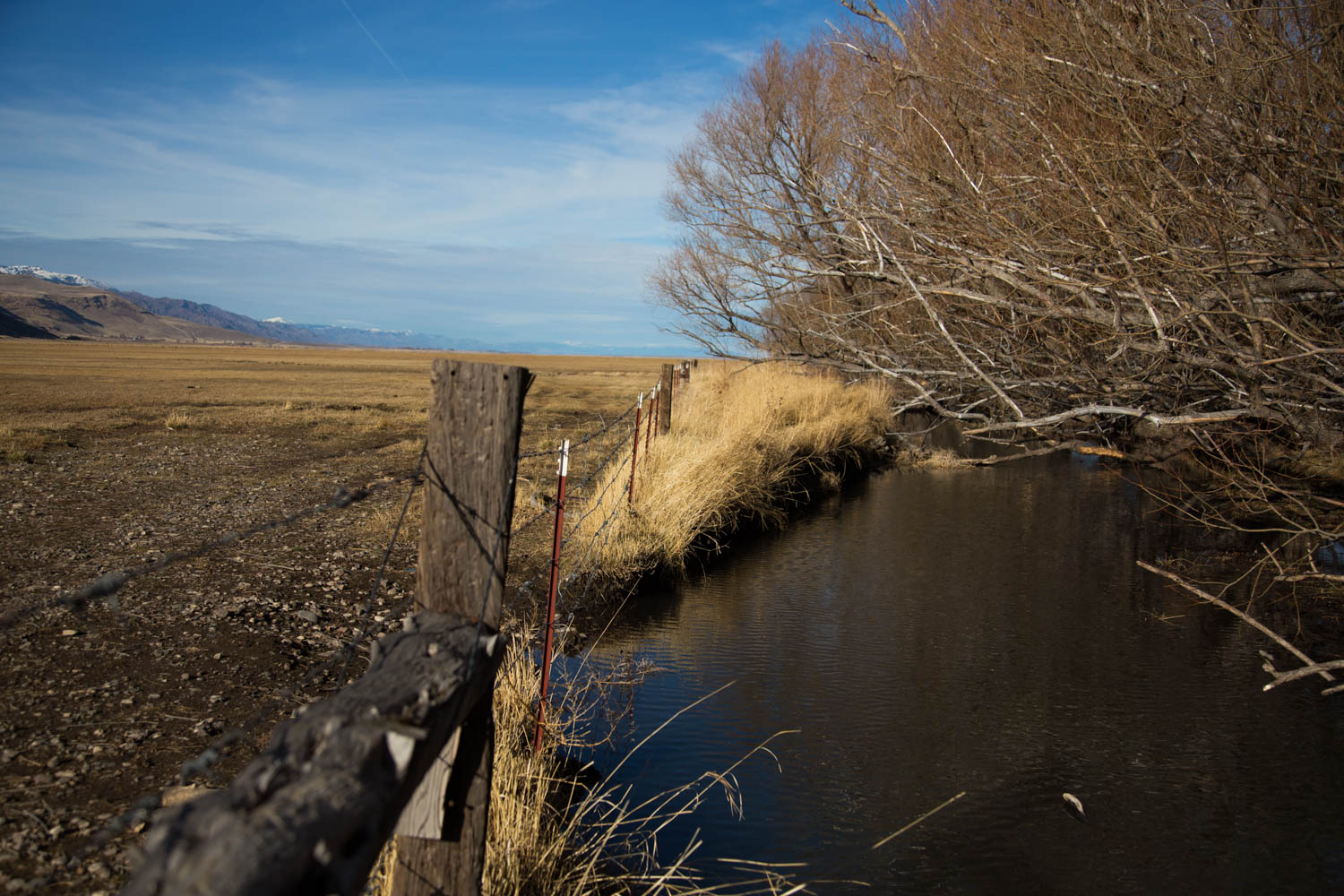 She’s talking about farm practices that take carbon out of the air and suck into the ground. Too much carbon in the air is a bad thing, but in soil it's a plus.

Today, the family has help in the form of grants from the Natural Resources Conservation Service, which helped with the Carbon Farm Plan and other projects, like invasive juniper romoval. And there are now five carbon-farming practices in play on the ranch. Perhaps the most visible is composting.

Now, her ranch takes the equivalent of 850 cars worth of carbon dioxide out of the air and into the ground. The popular outdoor brand The North Face got wind of this and offered to further help the ranch with grants. The end result? A climate friendly beanie using wool from the Estill’s farm.

The brand is expanding the line to a scarf and jacket using Estill’s wool, he says, adding that the company is “trying to reduce the negative impact of a product. And that’s what got us so excited about this initiative." 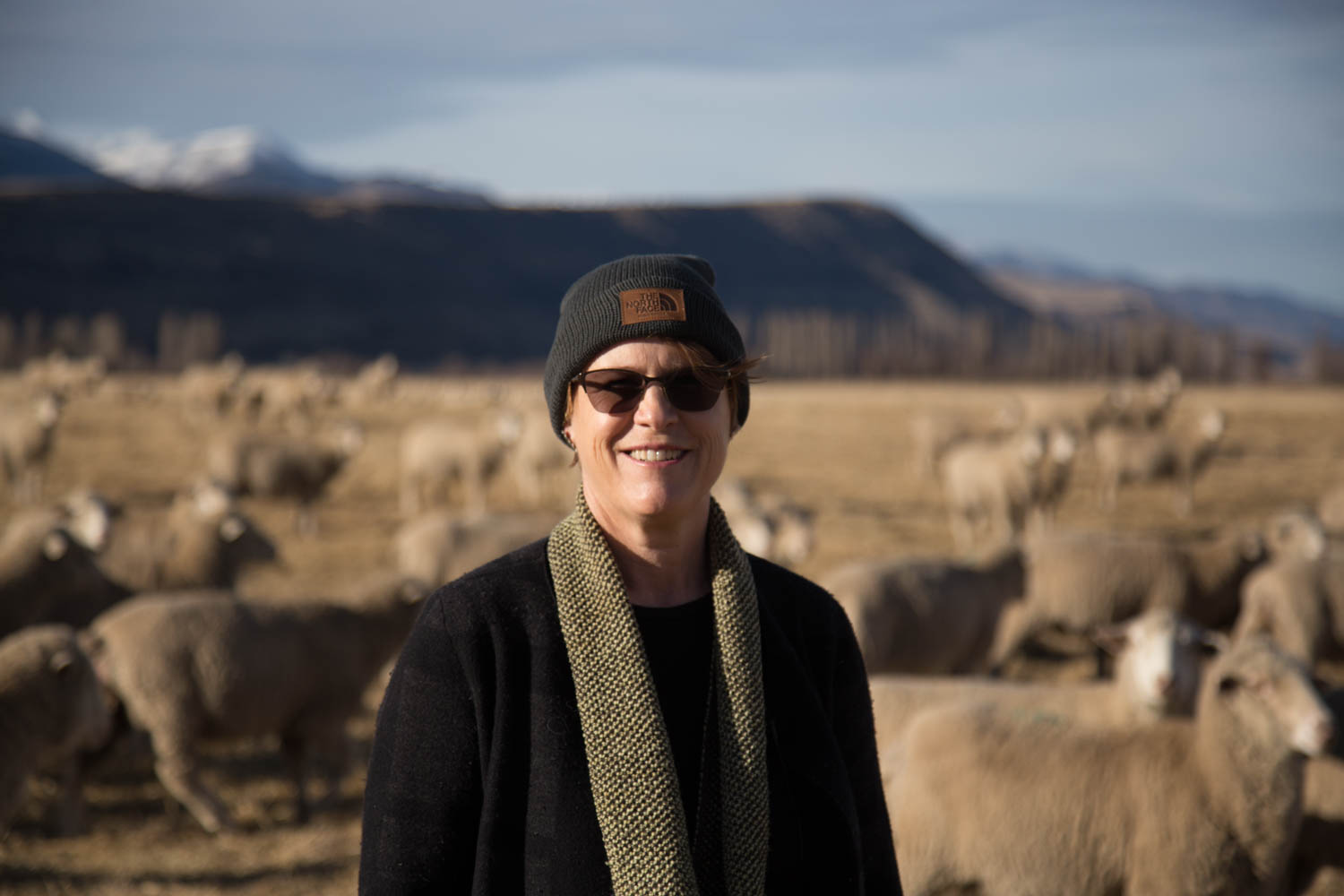 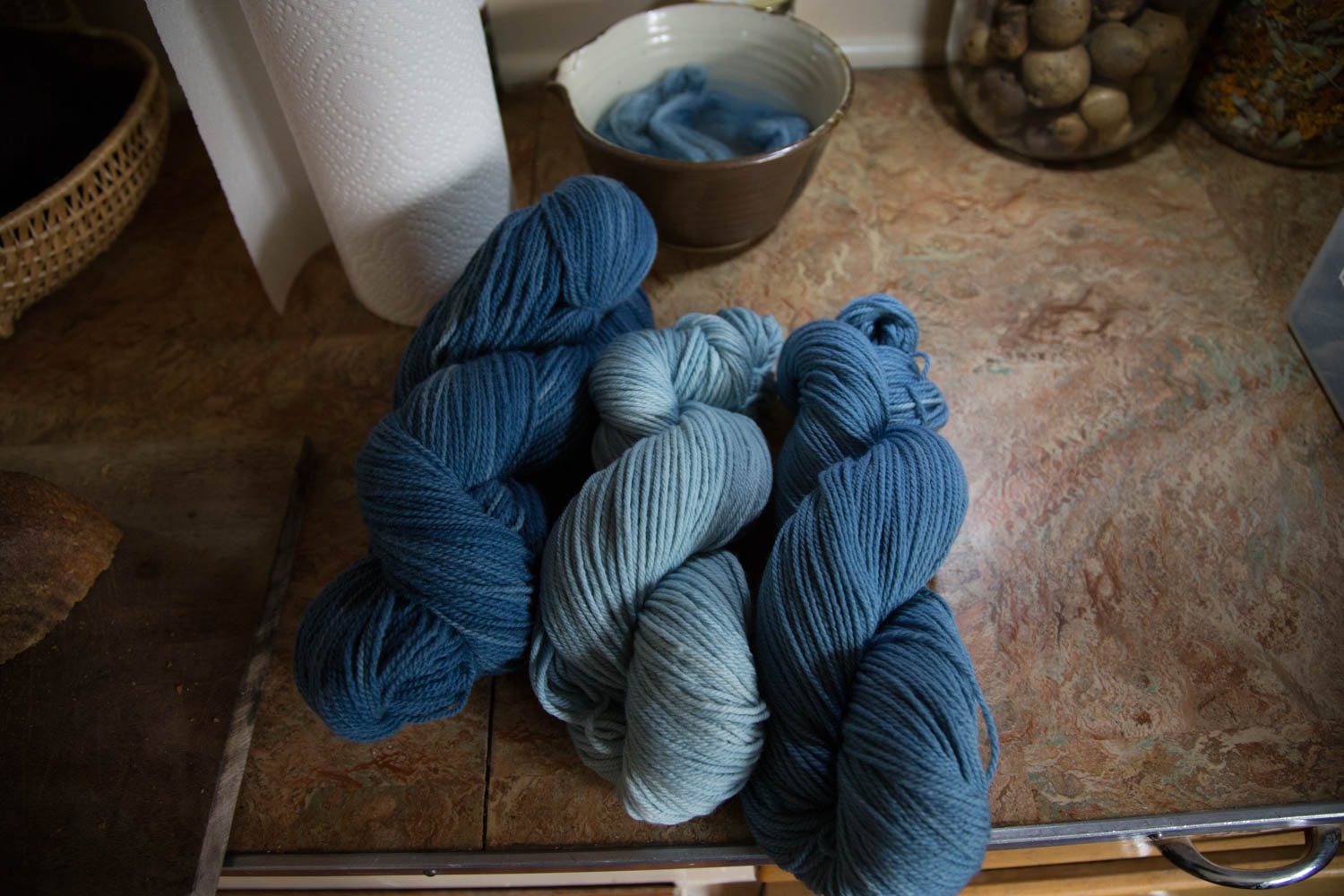 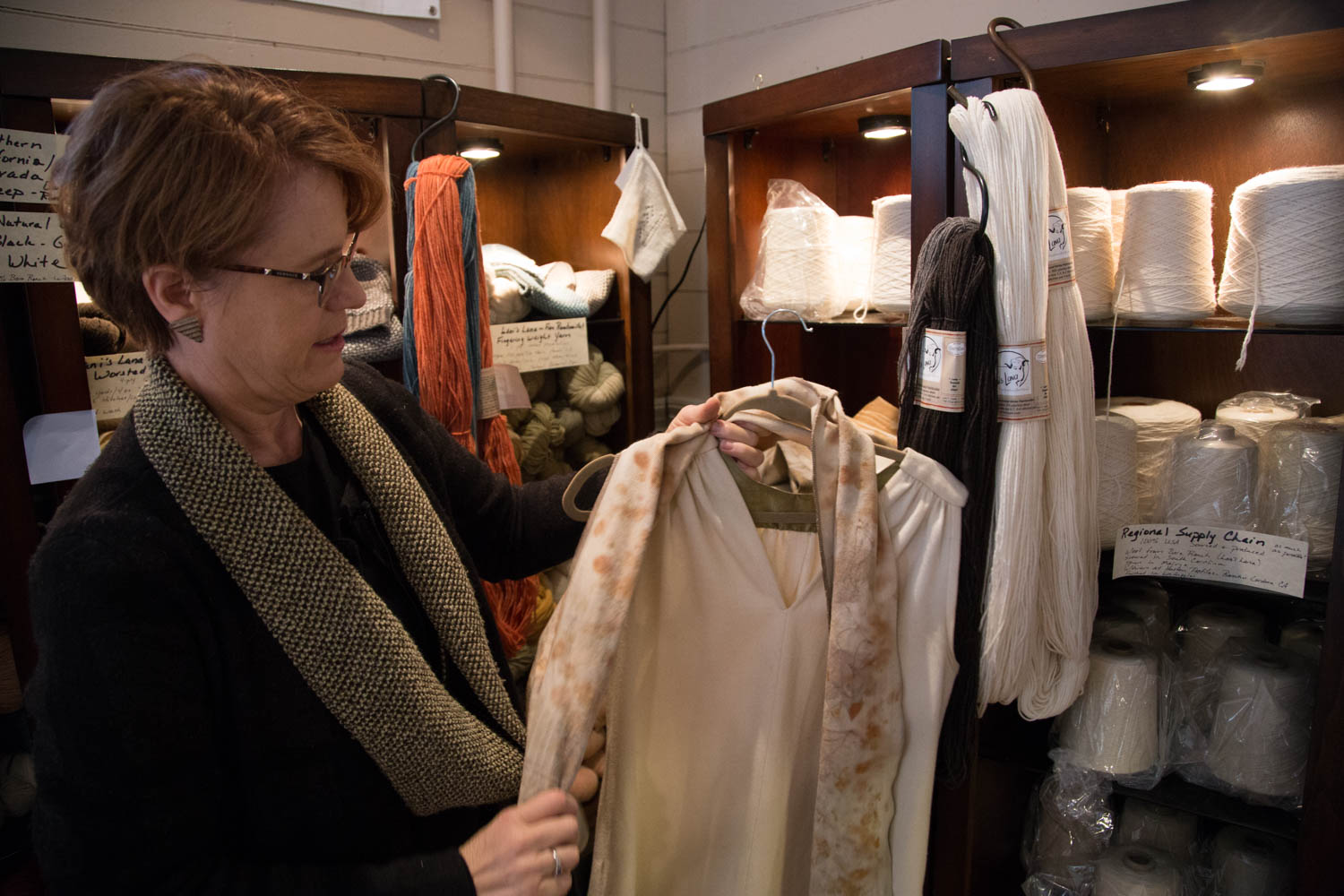 (Top) Lani Estill wearing the North Face beanie made from her climate-friendly wool. (Bottom) Yarn and other products made from the wool are sold at Warner Mountain Weavers in Cedarville. Andrew Nixon / Capital Public Radio

For Estill, this partnership — that all started with a cold call — has given her a second chance at life. The volume of wool The North Face buys allows her ranch to get into larger mills at wholesale rates. She hopes the partnership also opens the door for other ranchers in Modoc County.

“I definitely feel blessed,” Estill says. “It’s taking what’s in your storehouse and making that a plus. I think this area has the potential to be a small manufacturing area because the cost of living is less.”

She sells her cloth and yarn at Warner Mountain Weavers in the town of Cedarville and a store in Tahoe and another in Oakland. She hopes to get that number up to nine.