California’s flu outbreak has killed 27 people under age 65 so far - a number that’s about eight times higher than what officials usually see this time of year.

Experts from the California Department of Public Health said Tuesday that the flu season started about a month early this year, and that the numbers may still level out to the usual amount of flu deaths. They said about 100 people under age 65 die in a standard season and up to 300 have died during severe seasons.

The department does not track deaths of people over age 65. About 70 percent of those who died this season were not vaccinated.

Officials said they won’t be able to determine the effectiveness of the current flu shot until February, but they’re encouraging everyone over six months of age to get vaccinated. The dominant strain appears to be H3N2.

“This appears to be one of the worst seasons we’ve had in the last, I would say 10 years, but we don’t know what will happen at the end of the season,” said Dr. Gil Chavez, state epidemiologist. “We’re early, and we’re trending up.”

They expect the illness to circulate for at least two more months.

California isn’t alone. All but a handful of states are experiencing widespread, rather than regional, outbreaks according to the U.S. Centers for Disease Control and Prevention.

People experiencing moderate flu symptoms who are the otherwise healthy should stay home and rest rather than go to the hospitals, officials said. Some hospitals have had to divert patients because they were innovated with flu sufferers.

COVID and the flu: Is a ‘twindemic’ threat lurking again? 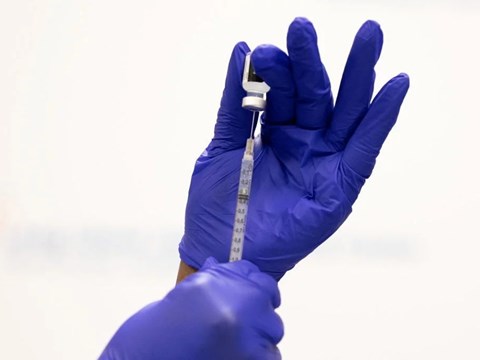