It's Now Legal To Buy Pot In California, But Red Tape Could Slow Supply Chain

This week marks a seismic shift for California: It’s now legal for adults 21-and-older to buy marijuana for recreational use.

Voters set this change in motion when they approved Proposition 64 in November 2016. And a state-sanctioned marketplace for recreational cannabis is a big deal. But Californians shouldn’t expect to see a drastic change overnight, with pouches of marijuana suddenly crowding store shelves.

Instead, commercial cannabis watchers predict a gradual transition evolving over months — and years.

Since the passage of Prop. 64, the state's scrambled to design emergency rules for every aspect of the industry from seed to sale.

Dennis Hunter is co-founder of CannaCraft, a Sonoma-based company focused on cultivation and manufacturing. Hunter’s been tracking the state’s efforts closely and he’s concerned there won’t be enough licensed businesses in the supply chain.

That matters because a retailer may only buy from a licensed distributor. The distributor, in turn, must wait for a licensed testing lab to approve its product.

"And so, there's going to be a bit of train wreck at first, just trying to get those products through the new process and get them onto the shelves," Hunter predicts. 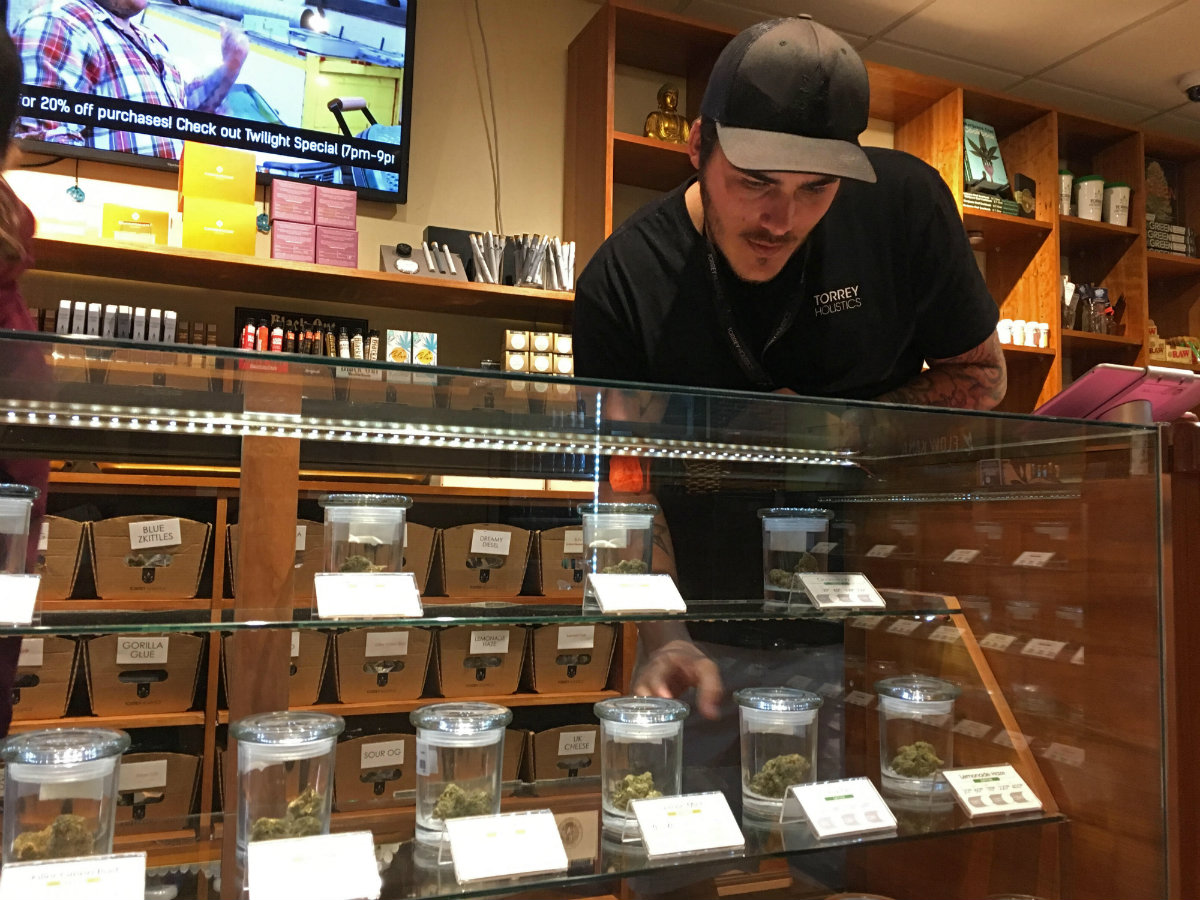 The state just began issuing temporary licenses last month for cannabis retailers, distributors and testing labs. Those licenses are in effect for 120 days, beginning the first of the year. The state’s Bureau of Cannabis Control (BCC) says it will use that period to vet each application to determine whether the business qualifies for a permanent license, which will be valid for one year.

For a business to obtain a temporary state license, it must have local authorization to operate. In other words, it’s up to cities and counties to determine what type of commercial cannabis activity to allow, if any.

But before municipalities charted their course, they wanted to see the state’s emergency regulations on cannabis, which weren’t unveiled until six weeks ago.

Some local governments have opted to ban all pot-related economic activity including commercial cultivation, manufacturing, testing, distribution and sales.

But about a third of the state is opting into the marijuana marketplace, according to cannabis licensing consultant Jackie McGowan.

McGowan’s unofficial tally found 161 California municipalities that either have cannabis ordinances in place, are working on them, or have granted exemptions from their jurisdiction-wide bans to individual businesses.

California's six largest cities have opted in to the commercial cannabis marketplace: Los Angeles, San Diego, San Jose, San Francisco, Fresno and Sacramento. Together, they comprise more than a fifth of the state's population.

In this Sunday, April 23, 2017 file photo large jars of marijuana are on display for sale at the Cali Gold Genetics booth during the High Times Cannabis Cup in San Bernardino, Calif. (Richard Vogel / AP / File)

Many voices in the cannabis industry have raised the concern that a shortage of certain license types could create a bottleneck scenario as California transitions into a legal marijuana marketplace.

But Alex Traverso of the BCC says the agency has been well aware of potential supply chain problems based on what happened with legalization of recreational marijuana in states like Oregon.

Ramping up licensing before Jan. 1 is part of the state’s plan to keep product moving.

“If you have your application in order and you have your local authorization, we're going to turn those [temporary licenses] around pretty quickly,” Traverso said.

As of Dec. 28, the BCC says it had received 1,176 applications. At that time, the agency had issued a total of 166 temporary licenses, including six for testing laboratories, 13 for adult-use distributors and 19 for medicinal-use distributors.