Sacramento Officer Who Beat Man Stopped For Jaywalking Back With Department

The Sacramento Police Department officer who beat up a man he stopped for jaywalking is back on the force but not back on patrol, yet.

Police Chief Daniel Hahn said Officer Anthony Figueroa has been on leave since April, but has returned to modified duty. The chief couldn't say what additional discipline he may have received. Hahn said he hopes people will trust the department did the right thing.

"There's a couple of processes put in place that help with that somewhat," Hahn said. "But, the bottom line is they don't (know.) State law in California prohibits me from talking about that, so the reality is there's no way for them to know that."

"There's a bunch of training that he's missed since he's been gone," Hahn said. "But, some of that is brand new training. For example, when this happened in April, we did not have the body camera system rolled out completely yet. So, one of those trainings that's new is body cameras. So, he'll have to go through a four-hour body camera training and be issued a body camera."

Figueroa had not been issued a body camera. The department released his and other officers’ dash cam videos. Some of the incident was recorded by someone with a cell phone passing by.

Once he is up to date on his training, he will be back on patrol.

Hahn says the department and community groups have been in discussions to improve relationships that have already resulted in action in Oak Park.

"They came up with a cleanup day and a walk on the Peace Walk," he said. "We're also talking about other things such as do we provide officers 40 hours a year to do some community work in the community and maybe shadow community leaders and things like that. I think we're going down the right road."

The Sacramento County District Attorney's Office announced on July 31 that it would not charge Figueroa or the pedestrian, Nandi Cain for the incident. Cain refused to follow the officer’s instructions and challenged Figueroa to a fight before the officer attacked him. 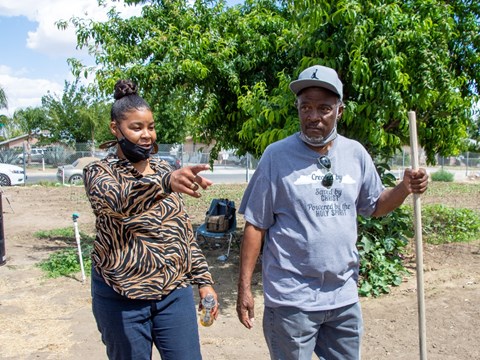 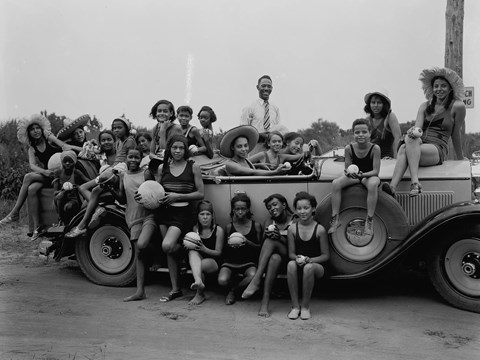