How Water Bill Was Resurrected In Legislature's Final Hours

It was 11:59pm last Friday, and Assembly Bill 313 sat silently in the Senate Appropriations Committee, where it had slumbered untouched for weeks.

Less than three hours later, it had passed both chambers of the Legislature and was heading to the governor’s desk.

This is how the sausage is really made in the California Capitol. Or, more precisely: how a bill can go from its deathbed to the governor’s desk on the Legislature’s final night of session.

It’s a bill backed by water agencies and despised by environmentalists – and its passage was crucial to the fate of the $4 billion parks and water bond.

Its journey began with a procedural motion that to the average citizen would mean nothing.

“Under motions and resolutions, members, there’s a letter at the desk requesting withdrawal of Assembly Bill 313 from committee and order the measure to third reading,” Senate Majority Leader Bill Monning (D-Carmel) told his colleagues seconds before the clock struck midnight Friday.

AB 313 is complicated policy, but a huge priority for farmers and water agencies who feel the State Water Resources Control Board is seizing their water. The board, for its part, has worked to more tightly regulate water use in response to the drought.

The measure would create a panel of administrative law judges to recommend to the board how to rule in water rights disputes.

The Senate voted to pull the bill out of committee and ordered it to the floor, a rare and extraordinary step. Less than two hours later, the bill came up for debate, drawing a strong objection from Sen. Hannah-Beth Jackson (D-Santa Barbara).

“It is a thinly-veiled effort to try to switch the paradigm so that Big Ag, in its disputes with the state water board, will be able to undermine the integrity of the process,” Jackson said, anger evident in her voice.

The bill passed the Senate at 1:52am Saturday, 26-7, and was immediately sent to the Assembly.

Its author, Asm. Adam Gray (D-Merced), argued that under current law, the state water board serves as judge, jury and prosecution.

“They decide who is guilty, issue penalties and allow appeals of their decisions back to themselves,“ Gray said. “It is like letting a pitcher call their own balls and strikes, and guarantees that bias will creep into any decision the board hands down.”

At 2:39am – less than three hours after that initial motion – the bill passed the Legislature. The Assembly vote was 54-13.

AB 313’s resurrection just before midnight Friday came just 15 minutes after the Assembly passed another measure, SB 5, which would place a $4 billion parks and water bond on the June 2018 ballot.

The stakes were high: Democratic legislative leaders and Gov. Jerry Brown spent weeks hammering out a delicate compromise among rival lawmakers and interest groups. But the bill had been in limbo for hours, 10 votes short of the two-thirds supermajority it needed to pass the Assembly.

Suddenly, the Assembly votes for the parks bond started to trickle in – and the key vote came from Gray. Within seconds, several other Aye votes followed – and pushed SB 5 across the finish line. It passed with two votes to spare.

Senate sources furious with the deal told me the trade between Gray and Democratic Senate Leader Kevin de León (D-Los Angeles) was clear: Gray’s AB 313 for De León’s SB 5. So I called up Gray, and he essentially said, you bet. It’s a huge priority for his district, which, he points out, was hit hard by the recession and has just one precious resource: water.

“313 is a bill I’ve been working on all year long,“ he said Thursday. “And when the discussion came up about a parks and water bond, I made it very clear to the advocates for that bill that we needed to ensure structural reform and fairness in the system before we start throwing additional monies at the system.”

And by the way, all signs suggest Gray wasn’t the only lawmaker to get a bill through to the governor in exchange for backing the parks bond.

De León’s office declined comment when asked about the trade.

“Vote buying is impermissible. But incentives for obtaining votes is permissible,“ says Loyola Law School professor Jessica Levinson, who studies ethics and governance. “And I know that sounds like a line drawn in the sand on a windy day, and that’s because it is.”

Levinson says whatever act may have occured in this case is in the eye of the beholder.

He’s already promised to sign the parks bond, sending it to voters next June. We’ll see what he does with the water bill.

Not Dire, For Now: California Expects $26 Billion Windfall Despite Pandemic 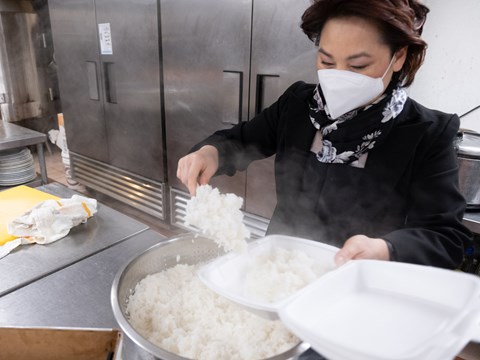 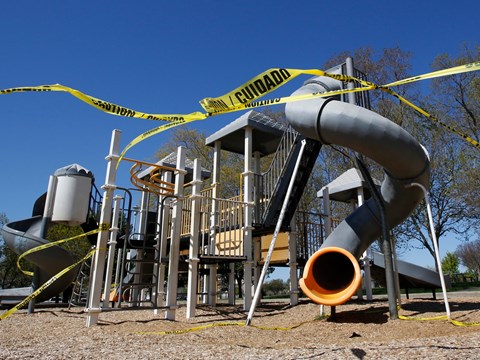 ‘We Are At The Breaking Point:’ California’s Childcare Providers Sound The Alarm