There are a multitude of apps available for almost anything these days. Among them are apps to help experience the solar eclipse on Aug. 21 in new ways.

And while solar eclipses happen often around the planet, the last total solar eclipse viewed from United States was on Feb. 26, 1979, according to NASA. Its path passed through the northwestern U.S. states of Washington, Oregon, Idaho, Montana, North Dakota, and Canadian provinces of Saskatchewan, Manitoba, Ontario and Quebec. This year’s solar eclipse will be visible from coast to coast in the continental United States.

Because of this, the eclipse is a unique opportunity for scientists to collect data. And the millions of people who will be watching the event, can help them by collecting and submitting images and wildlife observations.

Here’s a list of apps that you can download that will make you feel like a citizen scientist for the day and help enhance your eclipse experience. 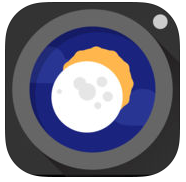 Eclipse Megamovie Mobile - This app was developed as part of a project collaboration between UC Berkeley and Google. It makes it easy for citizen scientists with smart phones to photograph the total solar eclipse and upload the images to the project to provide a lasting photo archive for scientists studying the sun’s corona.

iNaturalist - With the California Academy of Sciences' iNaturalist app, users can log wildlife sightings 30 minutes before, 5 minutes during, and 30 minutes after the eclipse on a special eclipse feature. The compiled data will be shared online, both in raw form and with expert analysis.

Eclipse Soundscapes - If for any reason you won't be able to see the eclipse with your own eyes, this might be the app for you. Eclipse Soundscapes, from NASA’s Heliophysics Education Consortium, will include audio descriptions of the eclipse in real time, recordings of the changing environmental sounds during the eclipse, and an interactive “rumble map” feature that will allow users to visualize the eclipse through touch. 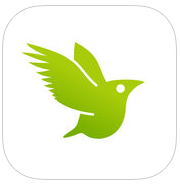 Smithsonian Eclipse 2017 - Users can watch a live NASA stream of the eclipse, calculate a view with the interactive eclipse map and get a virtual view in the eclipse simulator. You can also review some of the Smithsonian Astrophysical Observatory's solar research. Bonus, you can get even closer to the sun with near-live views from space through the app. 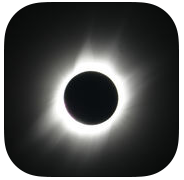 Experts are discouraging observers from looking directly at the sun.

On Insight with Beth Ruyak, Doctor Donald Bucklin shared safety tips on using special eyewear to keep your eyes safe during the eclipse.

"All the eclipse glasses that are made legitimately have an ISO standard on them," said Bucklin. "Meaning they're dark enough that you can look directly at the sun."

You can listen to the full Insight segment here.

You can find more apps and software on the American Astronomical Society website.

Here's what we know about the Monterey Park shooting victims