First came the Oroville Dam spillway evacuation in February. Then came the Wall Fire a week ago. The Butte County Sheriffs Office says it learned several lessons from the first incident that helped it respond to the second.

Lt. Steve Boyd says the Butte County Sheriff's Office really learned the value of quickly organizing resources at the onset of the spillway incident evacuation. As the Wall Fire grew, the department created 12 patrol zones within the fire and selected a team leader for each.

"The out-of-county folks, we marry them up with deputies that are familiar with the area and we give them maps," says Boyd. "Some have GPS that they use and different zones that they stay in. So, after the first half-hour to an hour, they get to learn the area and we issue hand radios to them, too." 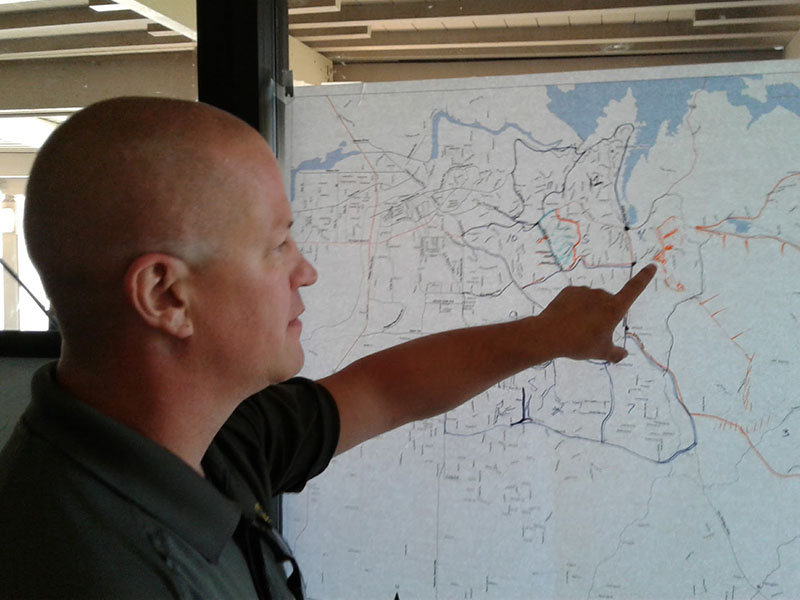 Boyd says each zone had five to ten cars patrolling day and night.

He says the department also remembered the difficulty evacuating senior citizens during the spillway incident and had a better plan this time .

"We had three bus lines on standby parked at the casino for several hours. We were assuming we were going to have to evacuate an area that was mostly elderly folks in a mobile home park," says Boyd. "That would have been a big mess if that would have had had to happen. But, we were ready to do it." 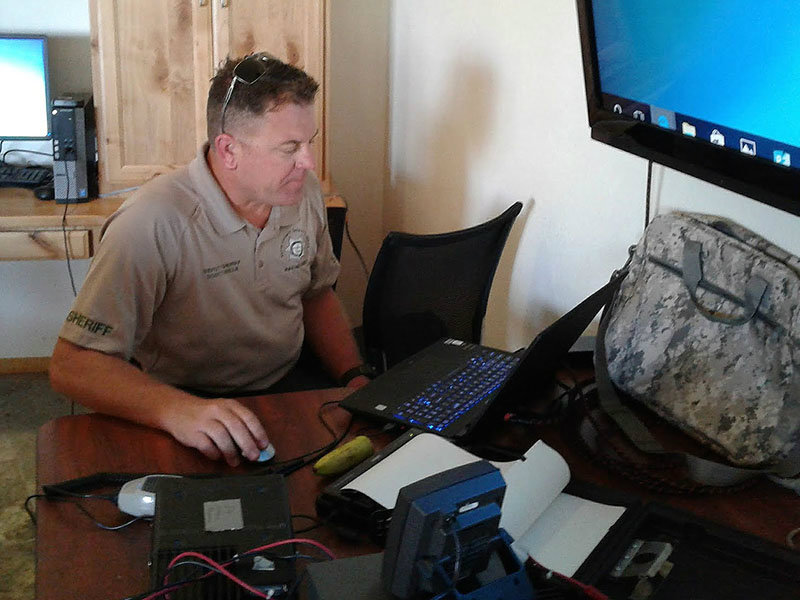 Deputy Krelle tracks the course of the Wall Fire and helps direct as many as 60 law enforcement officers using a number of communication devices.

Not everything went smoothly. Though no formal complaint has been filed, one man told me a deputy threatened to arrest him if he didn't leave his property, which would be against department policy.

But, the vast majority of people we spoke with had no complaints about the law enforcement response. Many did say they didn’t receive reverse 911 system calls during the spillway incident or the fire.

The County says it has not installed a new system, yet. But, it has selected a new service provider. The county also says internet phones are not on the system and that the fire may have damaged some phone lines.

The county says it has not received any complaints at its [email protected] email.

The county is urging anyone with internet phone or cell phone service to sign up for the reverse 911 service by going to its website.