'On The Town' Dazzles With Leonard Bernstein's Original Score

For the first time in 56 years, Sacramento’s Music Circus is staging “On The Town,” a sassy musical from 1944 with a landmark score by Leonard Bernstein. Folks who only know this rarely-staged show through the watered-down Hollywood movie are in for a revelation.

Bernstein was all of 26-years-old when he wrote the score for “On The Town,” and the brilliant music he created for the show was a revolutionary fusion of Broadway and classical that has rarely been equaled.

But when MGM cranked out the corny movie version, they replaced almost all of Bernstein’s remarkable songs with bland tunes by somebody else. And since the Music Circus hasn’t staged “On The Town” since 1961, it’s been decades since this great Bernstein score has been heard here. 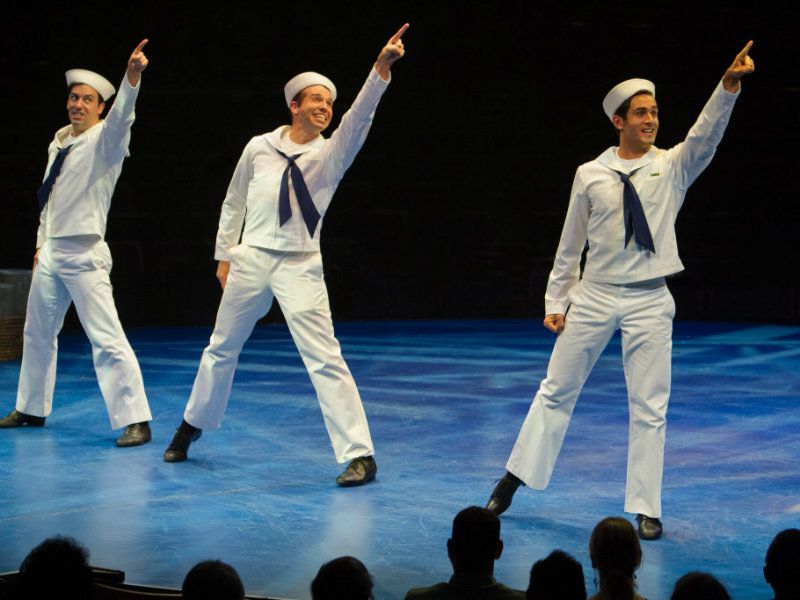 Clyde Alves as Ozzie, Matt Loehr as Chip and Sam Lips as Gabey in On the Town, produced by Music Circus at the Wells Fargo Pavilion July 11-16.  Kevin Graft / Music Circus

So this week’s Music Circus production of “On The Town” is cause for celebration. It’s got dazzling dancing, and the full length Bernstein score.  Above all, it’s got the kinetic energy and swaggering attitude that you only experience when this revolutionary show is done live.

The show tracks three young sailors from smaller towns who are visiting New York for the first time. They have 24 hours to see the sights, but what they really want is a hot date with a genuine New York girl. I mean, they’re sailors on shore leave, right? And sure enough each sailor finds somebody.

You are probably familiar with the most famous tune -- this production restores lyrics that were sanitized by Hollywood.

But there are also lovely Bernstein numbers that the movie dropped, like “Lonely Town,” with its luminous vocal harmony. 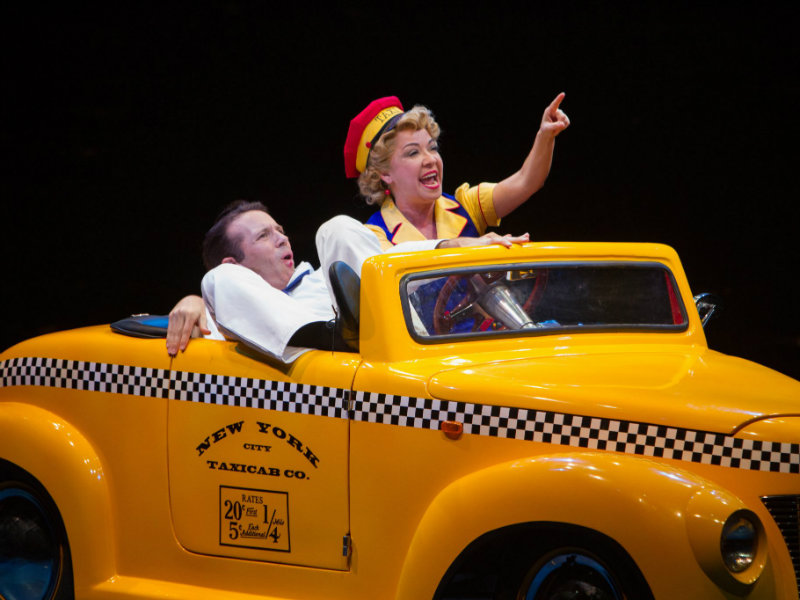 Matt Loehr as Chip and Jennifer Cody as Hildy Esterhazy in On the Town, produced by Music Circus at the Wells Fargo Pavilion July 11 - 16. Kevin Graft / Music Circus

And then there’s the gutsy number “I Can Cook, Too,” in which a brassy female taxi driver boldly invites a cute sailor boy up to her apartment for a little personal attention. Initially, she waits for the sailor to make the first move.

Chip: “Well, you claim you can cook.”

Hildy:  “Haha. That’s often been considered one of my finest points.”

Chip: “Oh yeah? What’s the specialty of the house.”

My seafood's the best in the town.

And I can cook, too.

My fish can't be beat,

My sugar's the sweetest around!”

She doesn’t mess around. Needless to say, these provocative lyrics weren’t in the movie, and neither was Bernstein’s saucy use of discordant brass for emphasis. 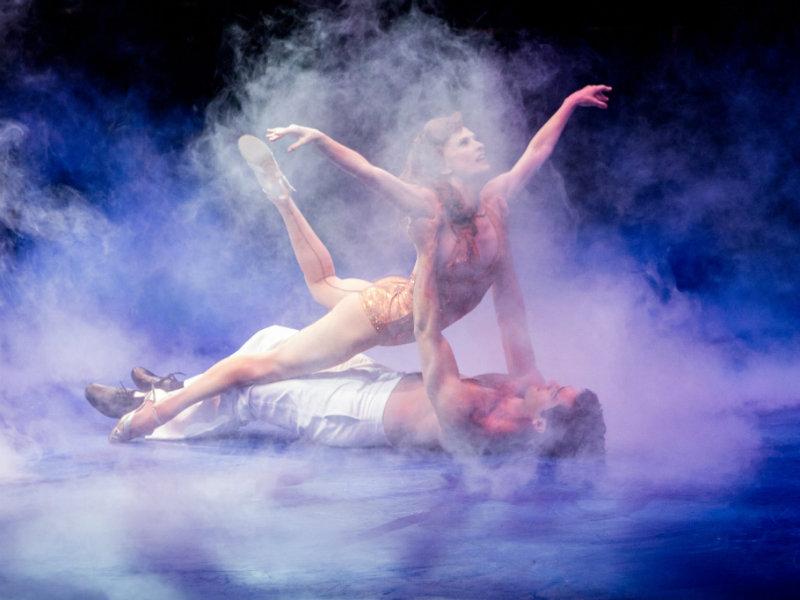 Courtney Iventosch as Ivy Smith and Sam Lips as Gabey in On the Town, produced by Music Circus at the Wells Fargo Pavilion July 11 - 16. Kevin Graft  / Music Circus

This Music Circus production features good singing, strong dancing, and an 18-piece band – how they squeezed that many musicians into the narrow orchestra pit, I’ll never know. Again and again, the boundless energy and sheer musical audacity of the confident, gifted young Bernstein shines through.

This revolutionary score, which most people have never heard in its complete original form, was remarkable Broadway debut for a composer bound for glory. This long overdue return of “On The Town” to the Music Circus will likely stand as the highlight of the season.

The Music Circus production of “On The Town” continues through July 16 at the Wells Fargo Pavilion in Sacramento.