A UC Berkeley student from El Dorado Hills is paralyzed following an injury he received during a national championship rugby match this weekend. Robert Paylor, a sophomore at Cal, was carried off the field Saturday in Santa Clara.

Paylor went to Jesuit High School in Carmichael. John Shorey is the school’s head rugby coach. He says it took his breath away when he learned his former player had been paralyzed.

"He is the biggest teddy bear you'll ever see, 6'5", 240 lbs. He would come (to visit). He has this big ole goofy smile, 'Coach Shorey, how are you?!?' And he'd pick me off the ground and throw me around. Just a lovable guy," says Shorey. "And on the field a man amongst boys --very tough, very hard worker. But off the field, the nicest guy, plays the horn, he's in a band. You know, a renaissance guy."

In 40 years of coaching and playing, Shorey says he's never seen a player get injured the way Paylor did during the match between Cal and Arkansas State.

"They were pushing forward and it fell and collapsed and he unfortunately got in a real bad position and a lot of pressure came onto him --an absolute freak accident," says Shorey.

Shorey describes Paylor as "a leader" even as an underclassman. The coach says the kids at Jesuit were shaken by the injury. But he says Paylor will turn this into a positive.

"He's such an amazing young man. He's a guy who can get through this he has tremendous faith a tremendous outlook on life," says Paylor. "I think someday he will probably be the guy to inspire millions of other people who are battling through similar situations."

A statement from his family says Paylor is currently working on stabilizing his condition so he can start rehabilitation.

It says the injury paralyzed his lower body with limited motion in his arms. 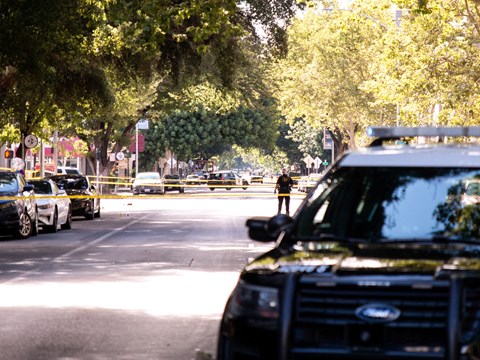