“I am sorry we did it this way,” Napolitano testified to state lawmakers Tuesday in Sacramento, “because it has created the wrong impression and detracted from the important fact that we accept the recommendations in the audit report.”

The audit found Napolitano’s office hid $175 million from the public – and the UC’s own Board of Regents – by holding onto unspent money from previous years. It called UC budget practices “misleading” and criticized high management salaries. And it said the president’s office edited survey responses sent to individual UC campuses to make them more favorable. 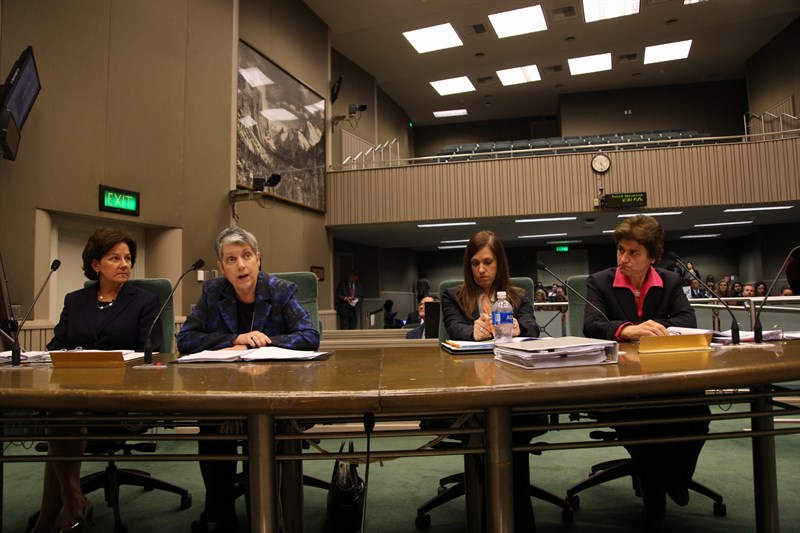 “I’ve been the auditor for 17 years,” state Auditor Elaine Howle said in response to a question from a lawmaker, “and in that time, I’ve never had a situation like this occur, where we’ve determined that there was – again, in our words – interference.”

The UC insists it has not hidden any money and that its reserve is only a prudent $38 million. Napolitano says campuses contacted her office with questions about the survey, and her office worked to assure the right people at each campus answered the questions.

“While we believe we did things appropriately, it is clear in retrospect that we could have handled this better,” the president said later in the hearing. “I regret that actions taken by (the UC Office of the President) have created misimpressions that shift focus from the progress we have made in recent years through our partnership with the Legislature.”