The year is 1648, and after 16 years of laborious construction, the Taj Mahal is about to be unveiled.

The play begins at dawn, with two sentries standing watch. It’s a boring job, and the guards are supposed to stand motionless and silent. But eventually one starts talking, prompting the other guard to correct him.

Huma: Among the sacred oaths of the Mogul Imperial Guard is to never speak.
Babur: Keep talking about not talking.
Huma: In silence we are vigilant.
Babur: Swearing an oath not to speak — contradiction!
Huma: Babur! Stop! You have to be careful! (Babur: Okay) I’m serious 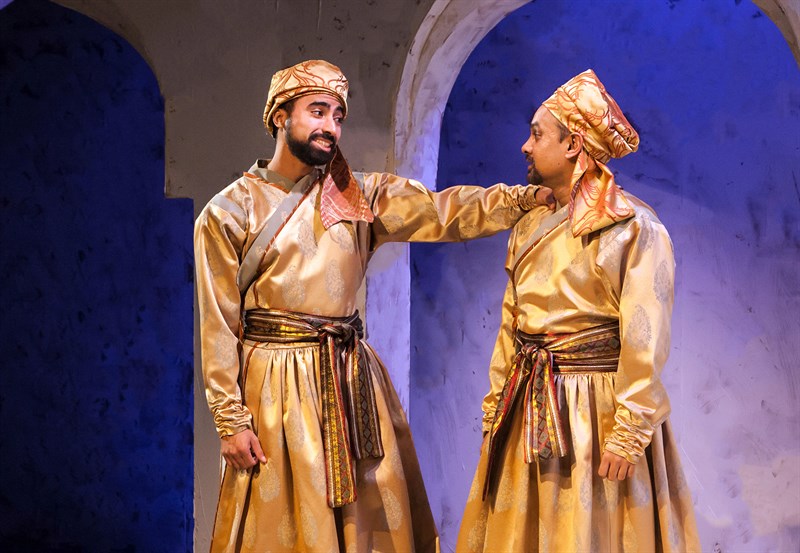 The guards are on orders to face away from the mysterious new building, and not gaze on the Taj as the rising sun makes the white marble edifice look pink. They aren’t supposed to look. But of course, one of them does.

Babur (bowled over by what he is seeing): There are no eyes in this land that will waste themselves on us. They are not watching us. They are watching this. This, Huma, look! Look! And see!

The Taj is sometimes described as the most beautiful thing in the world made by human hands, and these guards — who are almost like brothers — stand in awe.

But if your intuition suggests that by stealing a glance, these lowly sentries have tempted fate … you’re right. Soon, they receive disturbing orders from the Emperor to carry out a monumentally gruesome task. 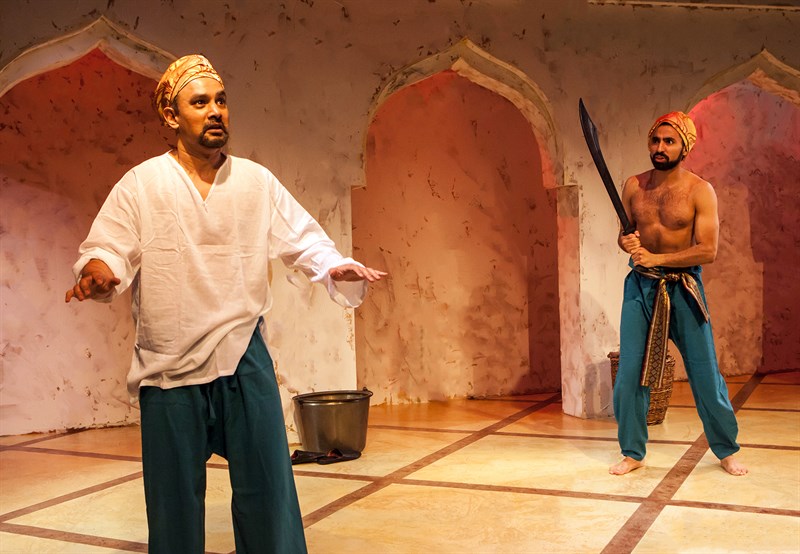 What began as a breezy comedy about bored young men chatting in the dark morphs into a harrowing tale involving unspeakable Imperial cruelty, and a military man’s compulsory duty to follow orders to the letter, even when his conscience rebels.

The profound dilemma these guards face is made even more absorbing because the visiting professional actors in this production are so remarkably good together, putting extra zing into the story.

This play is not a story for the squeamish, or the very young. But if you hanker for an intense dramatic experience that will stimulate your mind, and rattle your soul a bit, “Guards at the Taj” is just the ticket.

The Capital Stage production of “Guards at the Taj” continues through April 16.