January's heavy rains are erasing years of extreme drought in many areas of California, when it comes to the state's surface supplies of water.

The same can't be said yet for the state's groundwater basins.

More than 30 counties in northern California are now considered to be drought-free according to the latest survey by the U.S. Drought Monitor.

The southern half of the state still has a ways to go, but in all cases, the status is much improved over even just last week. 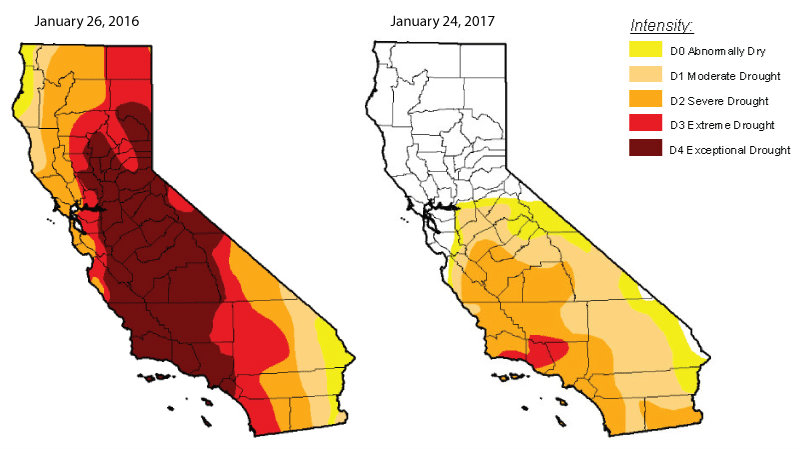 That said, the federal scientist who wrote this week's report, says the state's groundwater supplies are still a big concern.

Meteorologist Rich Tinker says the situation is critical with little sign the storm runoff is making its way deep underground.

"It can be highly variable as to what time frame and to how much of a lag there is in groundwater response, but you would think to something heavy like this you would start to see a response, at least in some places," says Tinker.

Tinker says the foothills on the east side of the San Joaquin Valley and neighboring regions have the most serious groundwater deficits.