On Monday, President Donald Trump made good on a campaign promise by abandoning the Trans-Pacific Partnership. The trade pact negotiated by former President Obama involved 11 nations.

Economic experts don't agree on what the move means for the state's farm industry.

If you followed President Trump's campaign rhetoric on trade then his withdrawal from TPP was not surprising news.

For international trade economist Jock O'Connell, it wasn't good news for California either.

"The expectation that maybe, in the fullness of time, Donald Trump will be able to sit down and negotiate a new, more favorable trade agreement with anybody else is something that is going to likely take a fairly long period of time," says O'Connell.

In the meantime, O'Connell argues, California will miss out on chances to increase exports and other business opportunities abroad.

He says TPP's 'advantage' was that it handled a lot of countries at once.

Sumner's advice to the Trump administration, the U.S. should move quickly to make a trade pact with Japan. Working with what was already in TPP and seeing what else can be done to open markets for both countries.

As Sumner points out - trade is a two-way street. 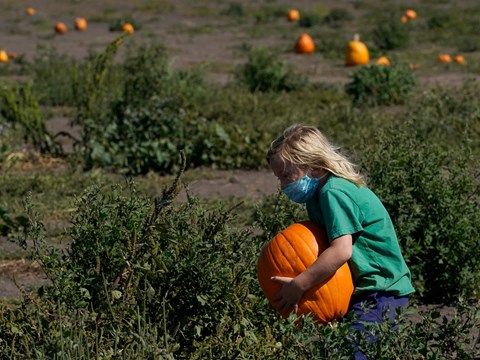 Halloween Poses A Scary Amount Of COVID-19 Risk. Here’s How To Make Your Celebrations Safer