Saying 2016 was a big news year might be an understatement. We had the presidential election, 17 California ballot propositions and ongoing environmental concerns around drought and wildfires. Capital Public Radio published more than 3,000 stories on our website this year. Here’s a look as some of the trends we saw from our most-viewed posts.

In 2016, readers relied on our local, statewide and national election coverage. Of the top 100 most viewed stories nearly 30 percent were related to the election. The most-viewed individual post was a piece by PolitiFact California reporter, Chris Nichols, about when approved propositions would take effect.

We can attribute the success of our election coverage to a collaboration with three other major public radio stations in state.

Many of the top-viewed election stories were about California’s proposition to legalize recreational marijuana. As soon as the results came in on election night that Proposition 64 passed, there was a spike in readership for stories that looked at when the initiative would take effect.

A Time Of Drought And Fire

A few big fires garnered lots of pageviews in 2016. The Soberanes Fire burned through the summer in Big Sur and ended up being the most expensive fire to fight in United States history. There was some improvement on California’s long-running drought, but CapRadio.org’s pageviews reflect our audience’s ongoing interest in the issue.

This year, Sacramento unveiled a state-of-the-art arena, the mayor was hit in the face by a pie and we elected a new mayor.

Our regional affairs reporter, Bob Moffitt, published an in-depth series on mental health treatment and how law enforcement handles the mentally-ill population. He covered the shooting of Joseph Mann, a black man with mental health issues by a Sacramento police officer, as well as the subsequent protests.

And The Top Pageviews Go To… The Ocean City Maryland Sign.

As journalists we want to produce stories that resonate with our audience. We work to find answers to questions that audiences wonder about.. And every so often we land some something that really connects with you, the audience.

This year that story was the Ocean City Maryland sign. As part of an on-going, curiosity-driven series, “Roadside Distractions,” we took a look at the sign  on US-50 in West Sacramento, which lists the miles to Ocean City, Md.It was a question many area-commuters wondered about for years.

The story quickly became the most-read piece published this year, reaching more than 100,000 pageviews. A Facebook post about the story received thousands of likes, shares, comments and reactions as people responded with their own pictures of the sign. 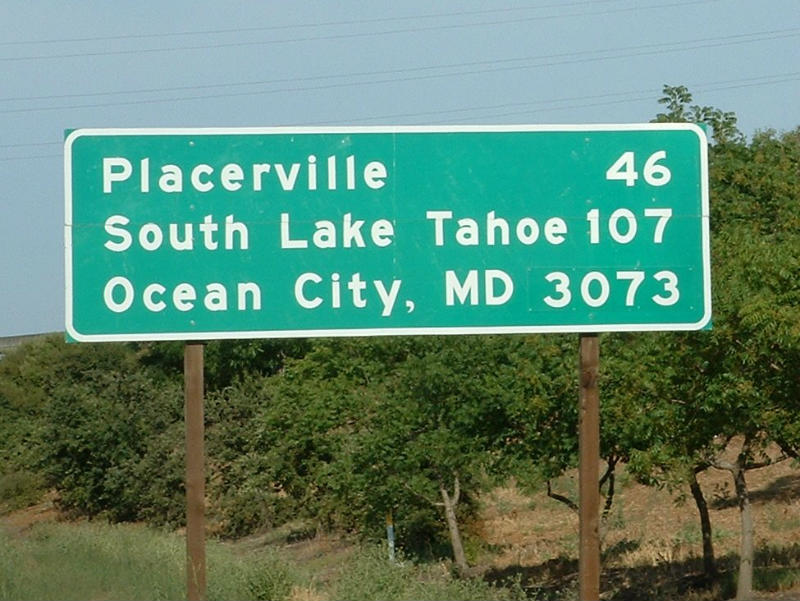 The second most-viewed story was also from the “Roadside Distractions” series, about a mysterious castle off I-80 in Roseville.

It’s unclear what 2017 has in store, but you can be sure that Capital Public Radio will continue to look for those untold stories - no matter how big or small.