Listen
/
Update RequiredTo play audio, update browser or Flash plugin.
Rains have drenched Northern California, where most of the state’s largest reservoirs are located. The state had the second wettest October since the Department began keeping records in 1921.
“We are almost 400 percent of the normal amount of rain in October here in the north and even the San Joaquin and Tulare regions are well above their averages as well," says Doug Carlson with the California Department of Water Resources. "But if history tells us anything it’s don’t predict what the weather is going to be two or three weeks from now.”
Carlson also says all the rain doesn't mean California is out of the drought. Sixty-one percent of  the state remains in severe drought.  Much of the rain that has fallen has soaked into the ground, rather than filling up reservoirs. Water storage in Lake Shasta, the state’s largest reservoir, is now at its historical average for this time of year. But only three of the state’s 12 major reservoirs hold their historical average. 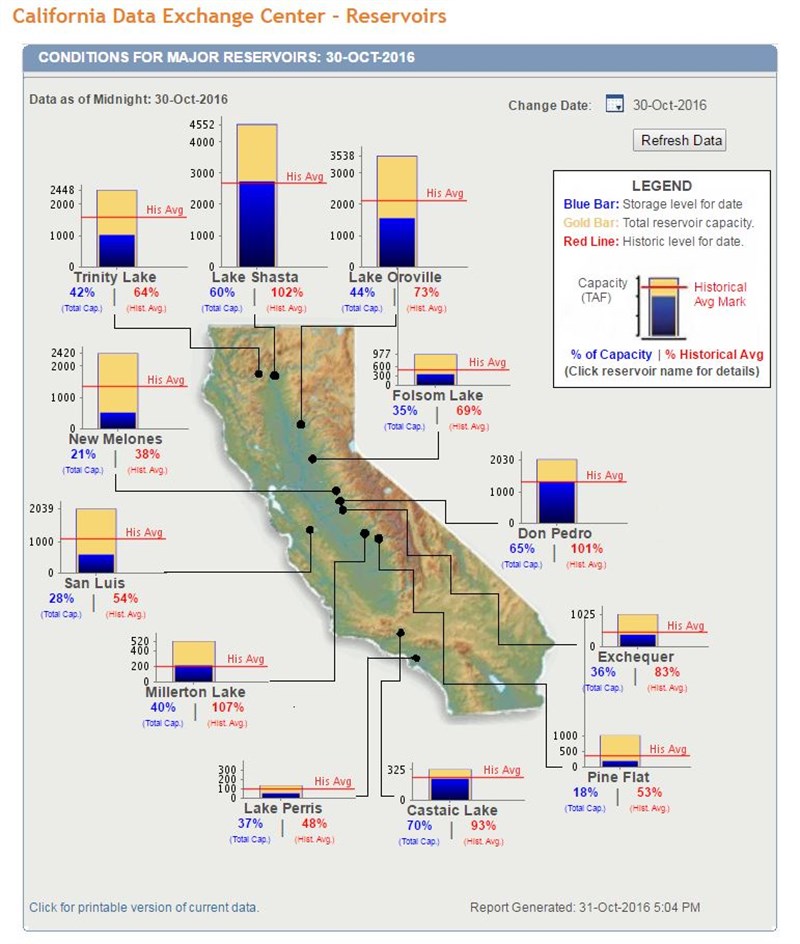 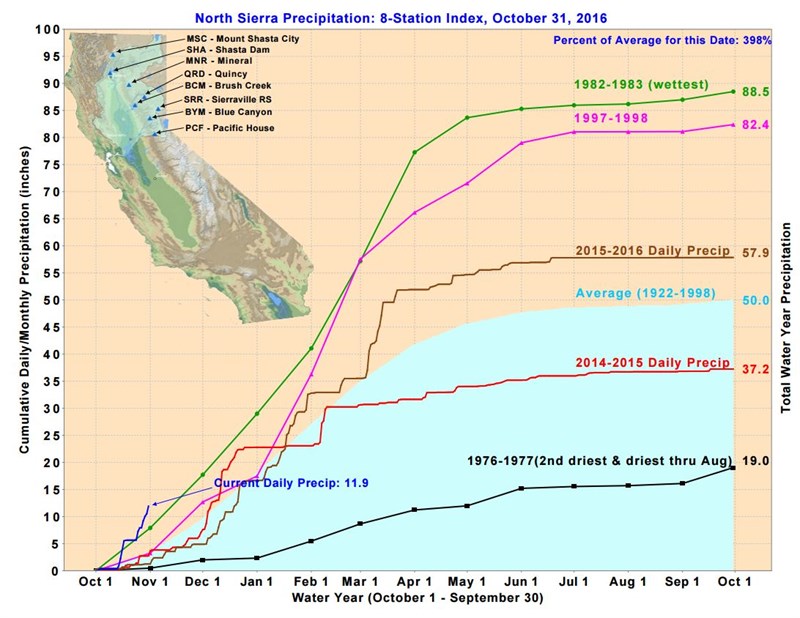