No California ballot fight has attracted more money or bigger names than Proposition 61.

Proponents call it the only initiative in the country that could rein in rising drug prices. Pharmaceutical companies have spent nearly $110 million to oppose it.

But politics aside, experts see a problem with the measure. They question whether California could implement the law and what the consequences would be, if it can’t.

The battle comes amid national outrage at drug manufacturers that have hiked the cost of specialty drugs, including EpiPens and HIV and Hepatitis C treatments.

The meat of the proposal

California buys a lot of drugs. Medi-Cal pays for low-income residents, the Department of Corrections provides them to inmates, and CalPERS gives them to state employees and their families.

Proponents of Proposition 61 think those agencies can band together to force prices lower, and the measure is very specific about how low: It would prohibit the state from paying any more for a drug than the U.S. Department of Veterans Affairs.

The VA does get a mandatory discount, as South says—typically at least 24 percent off the average wholesale price of a brand name drug. But that’s not much different than state Medicaid programs, including Medi-Cal, which receive a 23.1 percent discount by law.

“On top of that, the VA can negotiate further discounts,” says Boston University economist Austin Frakt. In a 2011 report he produced for the agency, Frakt found it buys drugs for 40 percent less than Medicare pays.

But, that comes with a catch.

“One way they are aided in their negotiation is that they are not required to cover all drugs,” says Frakt.

The VA restricts access to some drugs, requiring physicians to first try cheaper alternatives or document why they can’t. That allows the agency to give one drug more market share and put tight restrictions on a competitor. Companies that want their drugs in VA hospitals have an incentive to offer low prices.

The VA has other advantages when negotiating, says Walid Gellad, director of the Center for Pharmaceutical Policy and Prescribing at the University of Pittsburgh.

It employs doctors and prescribers directly, giving it tighter control over the medicines they distribute compared to other government health systems that rely on private doctors and pharmacies.

The department also purchases drugs itself, rather than reimbursing for what outside doctors prescribe, as Medicare and Medicaid do.

“It’s also a place that trains a lot of future doctors,” says Gellad. “I think that’s important for pharmaceutical manufacturers—to have their drug present in a place where a lot of people are training.”

Can California match those prices?

“You can understand when someone goes to the ballot, it just makes complete sense: ‘If the VA pays this much, why should I pay more?’” says Gellad. “But it’s so much more complicated than that.”

Proposition 61 would require Medi-Cal to get VA prices for about 3 million of its patients (it excludes other Medi-Cal patients, who are on managed care plans). Rachel Sachs, a law professor at Washington University in St. Louis who studies drug pricing, says it’s unlikely the state can produce the same leverage as the VA..

“There are a whole set of legal obstacles, before this initiative can actually reduce prices in the way that its sponsors want,” says Sachs.

While Medi-Cal can create a preferred drug list, the federal government ultimately decides which medicines the state must pay for.

“Medi-Cal has to cover the drugs,” says Sachs. “So, telling Medi-Cal it can only pay the VA prices doesn’t give the state the bargaining power to walk away from the table.”

Proponents say it would be up to the state to figure out the mechanics. South, the Yes on 61 campaign strategist, says the reaction from pharmaceutical companies proves the measure would work.

“There’s a reason why the drug companies have aggregated $90 million to fight this measure (it rose to nearly $110 million after this interview),” says South.  “It’s not because they have a great deal of confidence in their ability to walk away from the California market.”

Can California even see the VA’s prices?

One common criticism of Proposition 61 is that the Department of Veterans Affairs does not release its lowest prices, so California agencies may simply be unable to comply.

“It may be impossible for CalPERS or (the California Department of Health Care Services, which runs Medi-Cal) to discover the lowest price paid for the same drug by the VA,” says an analysis of Proposition 61 by CalPERS staff.

Garry South calls this “a mythology that has developed over many years by people who don’t know what they’re talking about.”

He says only a small fraction of drugs, which the VA buys ad hoc and in bulk for lower prices from drug companies, do not show up on publicly published lists.The department confirms this.

But Gellad says it’s that small group of drugs that are often the most expensive.

What if the state can’t see or get the required prices?

Instead of embracing the measure, state agencies that would presumably save money under it have sounded notes of concern.

CalPERS says it may not be able to get the required drug prices, forcing it to breach its contracts with the third-party pharmacies and insurers it relies on and leaving members without access to medicines.

The retirement system would likely have to implement emergency regulations to join with other state agencies and begin purchasing drugs itself—less than eight months after voters approve the initiative.

“It is doubtful such a massive build-out could be accomplished by the Act’s compliance date of July 1, 2017,” the staff analysis says.

Neither CalPERS nor the Department of Health Care Services has taken an official position on the measure.

But, if Medi-Cal similarly could not achieve the VA prices—and therefore couldn’t purchase drugs—it would violate federal rules.

“There’s a number of choices,” says Mike Wofford, the DHCS chief of pharmacy policy. “The state could be penalized. The state Medicaid services could be taken away, in a last resort kind of thing. But, typically it’s a penalty.”

Proposition 61’s biggest endorsers are Vermont Senator Bernie Sanders—who has stumped for the measure around the state and cut an ad for it—and AARP. The powerful lobby for retired people has backed the measure, its first in the state since 2008. California advocacy director Blanca Castro says the organization wants California to set a national precedent.

“It’s going to be a game changer,” she says Blanca. “If it passes, we are going to be able to see other states follow suit.”

But the organization acknowledges potential problems in California.

“The fact of the matter is that with every legislation, every initiative, there’s some risk. But, in this case, for AARP that’s not an excuse for doing nothing,” says Mark Beach, the Associate State Director. “From our perspective, those things could happen, people could file lawsuits, but we can’t just do nothing.”

Several veterans groups, including the American Legion and Veterans of Foreign Wars, have opposed the measure on the grounds that it could raise their drug prices. And they’ve starred in ads against Proposition 61.

Proponents call that an empty threat, arguing that federal law requires the discounts. The VA disagrees.

“This measure has the potential for significant negative financial impact to VA if drug manufacturers stop providing VA with large discounts it is currently able to negotiate,” an issue brief from the department says. “VA should assume … the pharmaceutical industry will react by eliminating all non-statutorily required and non-contractually required VA pharmaceutical discounts.”

The brief estimates the VA could lose nearly $4 billion per year, once its current contracts with drug makers expire. 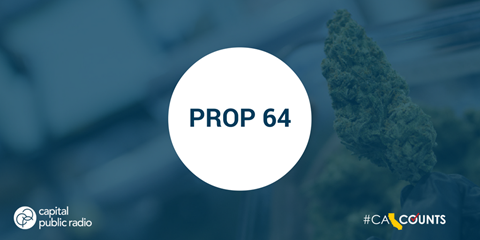 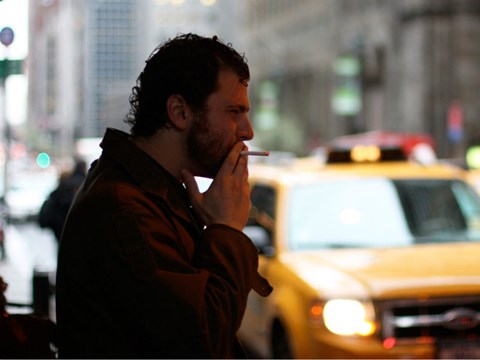