Marijuana cultivation is a family affair for Los Angeles native David Holmes. A couple of his uncles grew cannabis, as did his brother. But while they were off planting and harvesting, Holmes was busy studying mathematics in college.

“And at that point I wasn’t really a connoisseur,” says Holmes.

Around 15 years ago, he says, a friend in graduate school turned him on to a particularly potent strain of weed.

“This insanely resinous cannabis he had grown,” says Holmes, laughing as he recalls the memory. “And he showed me his grow room and it blew my mind. It’s like a laboratory in your house. And I kind of got addicted to cultivation.” Holmes is now one of the most sought-after cultivators in the business. He maintains a small grow near his home in L.A. for research. At another location he manufactures a plant nutrient called Clade9 that he sells to large medical pot growers in California, Arizona and Nevada.

Holmes grows a lot of weed, but for other people as a facility designer and cultivation consultant. His latest client is Pegasus Nevada. The company just began growing medical marijuana inside a beige two-story warehouse at the edge of the Las Vegas airport.

“The temperature and humidity, the light intensity, all the factors that contribute to plant growth, you can control,” explains Holmes. “Indoors, you can essentially play God.”

Once it’s fully operational, the Pegasus facility will have a cloning room, a space for marijuana extraction, a packaging area and a couple of gymnasium-size flowering rooms. One of the gymnasium-size grow rooms at Pegasus Nevada. (Steven Cuevas/KQED)

Right now all the growing is concentrated in what Holmes calls the mother room, a space the size of a two-car garage. On each side, two long rows of plants are fed a steady stream of purified water and a special plant nutrient.

“So we have 19 strains in here,” explains Holmes as he examines the plants. “Each has their own market niche.”

He asks if I’ve heard of the variety “Girl Scout Cookies” and points to a deep-green bushy plant. “It’s a really dense, highly resinous, very nice nose. And maybe more importantly, Snoop Dogg rapped about it,” he laughs.

Pegasus didn’t bring Holmes aboard just to help it grow potent, high-quality pot, but to help it grow its business beyond medical sales. Pegasus is among a slew of medical marijuana firms that have sprouted up in Nevada since the state adopted regulations for legal sales for medical purposes three years ago.

“Right from the very beginning we liked his approach. It was very data-driven, metric-driven,” says Ranson Shepherd, operations manager for Pegasus Nevada. “Each room was specifically designed accordingly and set up for full automation so he can log in anytime of the day, take a look and see where we’re having challenges,” says Shepherd. “It’s all tracked in data, (but) a lot of guys in the industry now are still operating without those kind of systems to guide their business.”

It’s this kind of technical and scientific precision that Pegasus aims to capitalize on now that Nevada voters look like they, too, are ready to approve a pot legalization ballot measure similar to California’s Proposition 64,  which would allow adults to legally possess up to an ounce of weed and grow up to six plants.

But even if Proposition 64 passes, you can’t sell what you grow without a license. And even if you are licensed, you won’t be able to grow anywhere you want. Towns and cities have the option of barring commercial indoor and outdoor cultivation.

“But as normalization of cannabis really comes about and cities start to recognize it’s an agricultural product just like any other, I think that we’re going to see it move into the agricultural areas, whether that be Mendocino or Southern California,” says Amanda Reiman of the Drug Policy Alliance, a major proponent of Proposition 64. “Whether you did all the things that your lawyer told you to do in California to be safe, there’s always a potential you can get shut down,” says Holmes. “But with Prop. 64 it looks like you’ll be safe from that issue, and it’s really hard to invest in something if you don’t know what tomorrow might bring.”

There are a lot of investors coming out of the woodwork eager to plough money into a legal pot market. But Holmes says the few he’s encountered have the know-how or the commitment to maintain and develop a top-notch cultivation facility. He also says there are far more investors than there are skilled, qualified growers.

“So there’s going to be big mistakes made in that gap,” says Holmes.

“At some point there’s probably going to be some type of degree that you could study cannabis cultivation. But right now there’s no textbook. We’re kind of writing it as we go, but we are definitely getting smarter.” 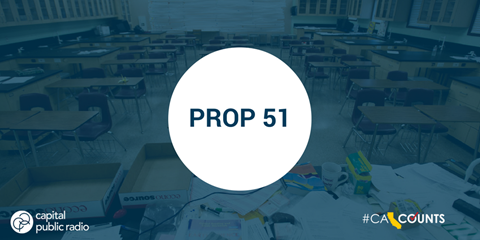 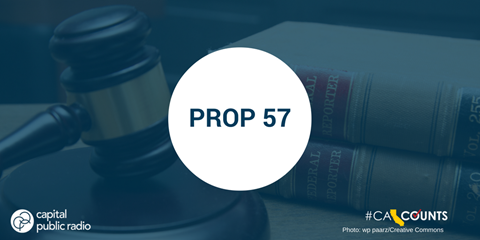 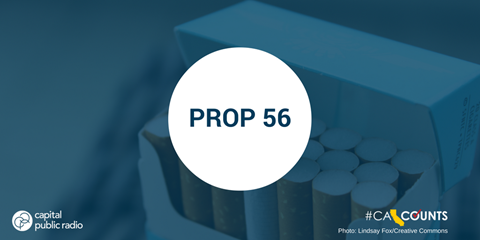