Developers of the new McKinley Village community in East Sacramento say they have completed several projects prior to offering homes for sale.

Riverview Capital Investments and The New Home Company have completed a $15 million underpass that provides access to the new development from C and 40th streets - under the Union Pacific tracks.

According to Phil Angelides with Riverview Capital, the underpass cost $15 million. 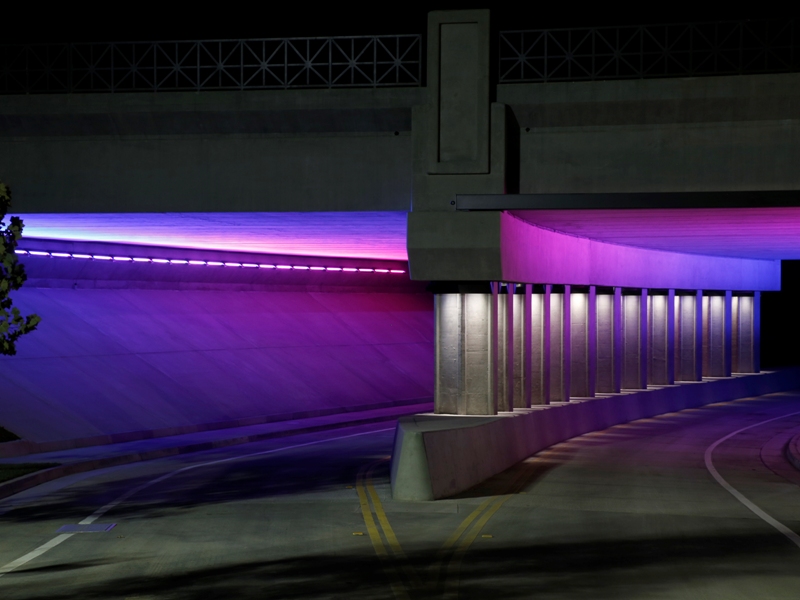 The underpass at the entrance to McKinley Village has LED lighting. Phil Kampel / bluesdivasphotos.com

"We have an elegant design, custom railings, we have landscaping up to it, and, the most unique feature: instead of dull, standard city lights, we have state-of-the-art LED lights, multicolored, that will turn that underpass into a dynamic urban space - a piece of public art," he says.

Plans for the project include 336 homes. Some are close to the Capital City Freeway.

Kevin Carson is President of The New Home Company.

"As you stand here, you'd be hard-pressed to realize the freeway is right there. We have a 14-foot sound wall along Business 80 and on the other side of that, over 130 evergreen trees that will be on the side of the freeway," Carson says. 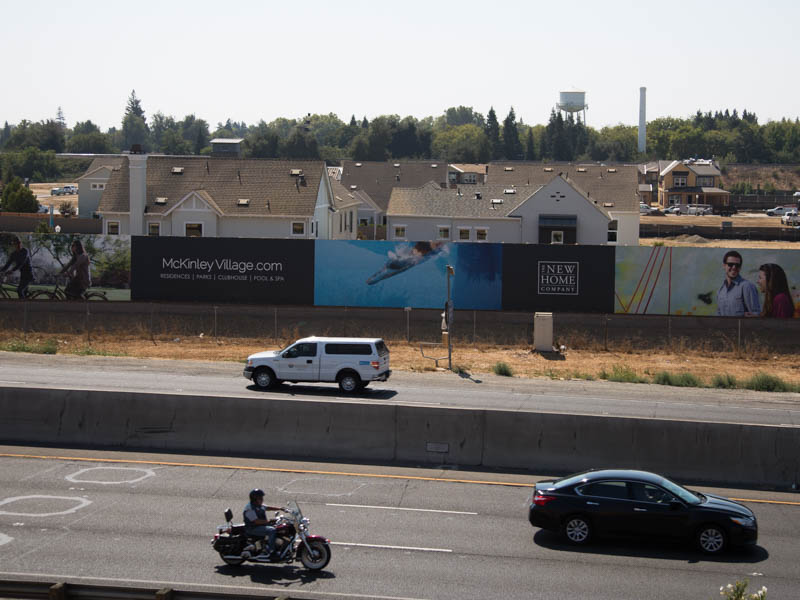 On the side of the project that is adjacent to the railroad tracks, Carson says more trees and a row of homes will act as a sound wall for any noise created.

The community clubhouse and pool have been completed, as have stainless steel and bronze sculptures at the entrance to the urban village. 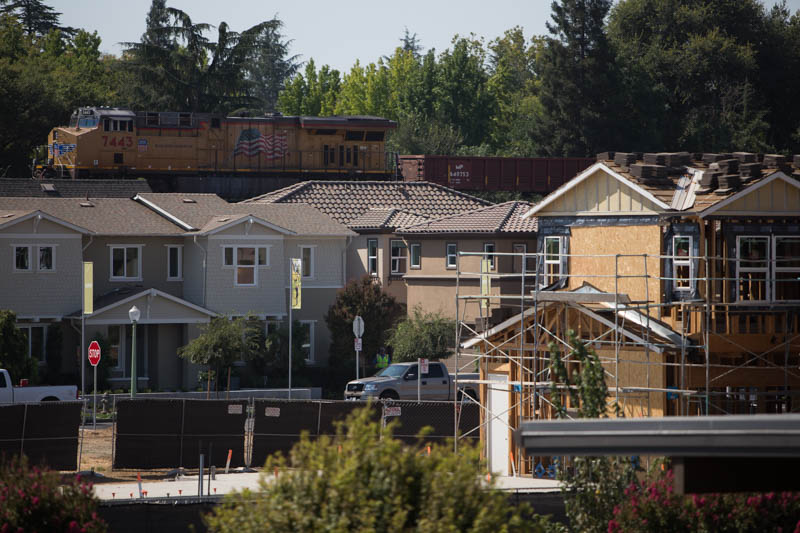 A Union Pacific train rolls past houses under construction in the new McKinley Village development on Thursday, September 8, 2016. The New Home Company says it has promises from the railway that horns will not be sounded as trains pass by. Trees and the homes built nearest the tracks will serve as a sound wall for the rest of the development.  Andrew Nixon / Capital Public Radio
Follow us for more stories like this

Who Responds To Nonviolent Crises? New Urgency To Remove Police From The Equation