Harris received support from 51 percent of the California registered voters surveyed compared to Sanchez’ 19 percent. Twenty-four percent of those polled remain undecided between the two candidates while 36 percent of Republicans surveyed are uncommitted in the race.

“It would take a comeback of unprecedented magnitude for Sanchez to overtake Harris at this point,” said David Barker, director of Sacramento State’s Institute for Social Research (ISR) and its CALSPEAKS public-opinion project.

Both Harris and Sanchez are Democrats. This is the first time two members of the same party have faced each other in a race for the U.S. Senate since California adopted the top-two primary. They are running to replace another Democrat, retiring U.S. Sen. Barbara Boxer.

The statewide poll also asked several questions about how voters feel about living in California, state pride and the attainability of the California dream. It surveyed attitudes about Proposition 64 on recreational marijuana, the economy and immigration, among other issues.

This poll differs from typical election surveys because it does not focus on registered or likely voters. Instead, it seeks to capture the sentiments of California residents more broadly.

That could influence some of the results, such as support for Proposition 64, the November ballot initiative that would legalize recreational marijuana. The poll found 71 percent of respondents favor legalization, 10 percent higher than in a recent Public Policy Institute of California of likely voters.

“It is probably the case that people who are less likely to vote are more in favor of it,” says Kim Nalder, the political director for the CALSPEAKS Opinion Research Center, which conducted the poll. “So we see, for example amongst younger people, they’re more likely to favor it, at 84 percent ‘yes’ in our survey. Those are some of the sorts of people that might get selected out.”

Updated editor's note: Our poll’s responses on ballot races include only registered voters. A broader sample, including 92 percent registered voters, responded to questions regarding issues such as the economy and the California Dream, capturing the sentiments of a larger sampling of California residents.

“They strongly oppose Mr. Trump's candidacy, while overwhelmingly supporting gun control, marijuana legalization and the minimum wage (but they do express ambivalence and uncertainty when it comes to free trade). More broadly, they tend to express great warmth toward their state, but they worry that elements of the California dream like owning a home and retiring comfortably are no longer within reach.”

The Institute for Social Research at Sacramento State fielded the survey online and through the mail from Aug. 15 to 24, 2016, using the CALSPEAKS survey panel. It yielded 915 completed surveys and 44 partially completed surveys. CALSPEAKS obtains a representative sample of Californians, stratified by the five major regions in the state. For information on the methodology, please visit: www.csus.edu/isr/calspeaks. Only registered voters were allowed to respond to the questions about the November election (the U.S. Senate race and propositions 57, 63 and 64). The margin of error for the distribution of responses on any individual survey item is equal to or less than +/- four percentage points.

California Counts is a collaboration with four public media organizations in California to cover the 2016 election. This includes KPCC in Los Angeles, KQED in San Francisco, Capital Public Radio in Sacramento and KPBS in San Diego. The initiative's focus is on statewide issues and contests, including the U.S. Senate race to choose a successor to Sen. Barbara Boxer and key ballot measures such as the legalization of recreational marijuana. The collaboration also includes social media campaigns—#CAcounts and #whatsmyissue—and a town hall series on the California ballot.

Read California Counts election coverage, including our series on these poll results at:

The Institute for Social Research at Sacramento State fielded the survey online and through the mail from Aug. 15 to 24, 2016, using the CALSPEAKS survey panel. It yielded 915 completed surveys and 44 partially completed surveys. CALSPEAKS obtains a representative sample of Californians, stratified by the five major regions in the state. For information on the methodology, please visit: http://www.csus.edu/isr/calspeaks/index.html. For questions about the November election, (the U.S. Senate race and propositions 57, 63 and 64), results reflect registered voters only. The margin of error for any individual survey question is equal to or less than +/- four percentage points, for the overall sample. However, the margins of error are larger if focusing on smaller sub-groups, especially racial or ethnic sub-groups. These are equal or less than +/- 16 percentage points for African Americans, and 10 percentage points for Latinos or those of “other races/ethnicities” (including Asian-Americans, Pacific Islanders, Native Americans, and those of mixed race/ethnicity). The numbers, however, have been weighted to reflect California’s population and are valid for comparisons across the sub-groups. 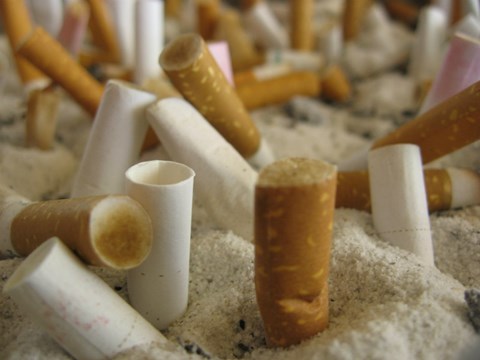 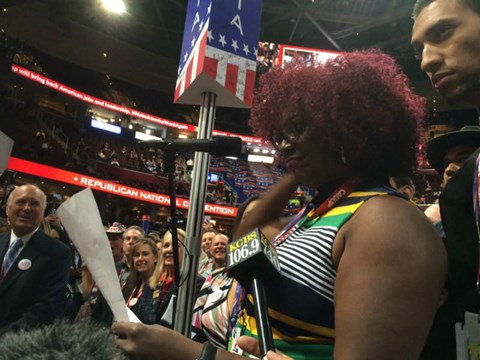