It's a new world record. A judge from the Guinness Book of World Records came to Sacramento Wednesday to oversee 400 thousand pounds of produce donated to the Sacramento Food Bank. Farmers, grocery stores and produce companies pitched in. The final tally was more than double last year's haul. 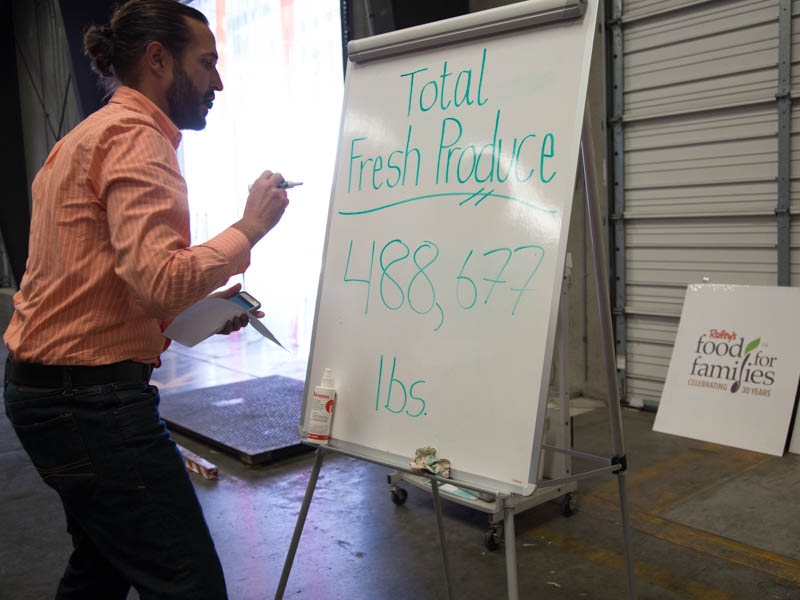 Nothing's official without Jimmy Coggins, Guinness Book of World Records adjudicator. In this giant warehouse, Coggins stands at attention as a forklift lowers a pallet of dark green watermelon from Durst growers.

Coggins lays out the stakes of the game: "The current record was established last year by the same group," he says. "The record they needed to beat was just over 170 thousand pounds. At this point, we're well over that point and it's just a matter of getting the final tally." 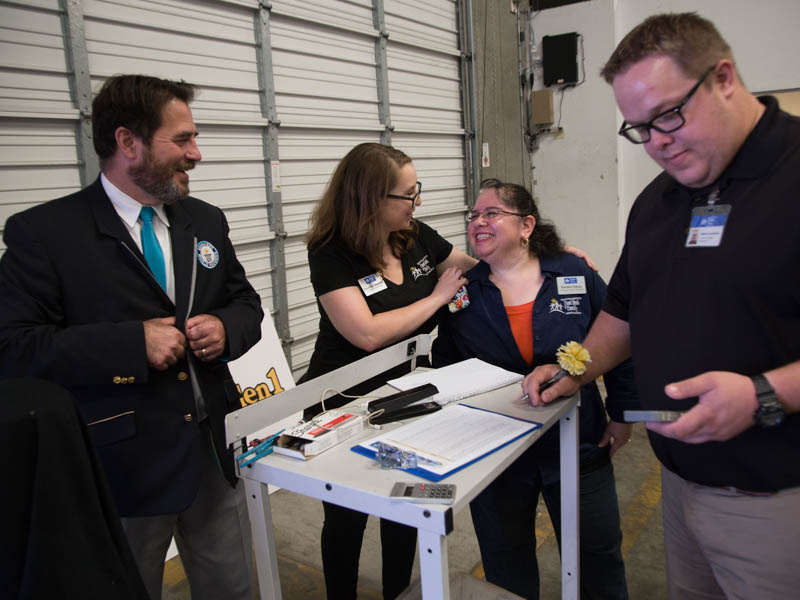 Blake Young, CEO of Sacramento Food Bank, is grateful but not surprised that people in the region came together to gather more than 400 thousand pounds of fresh produce - shattering last year's Guinness world record.

Walking into the cold storage room stacked with pallets, Young points to a huge capacity problem across the regional emergency food system. It's not about getting the food in. It's about getting it out.

"A lot of folks that distribute food directly don't have a lot of capacity to do cold storage," he says. "So that's either us delivering on an ongoing basis or them picking it up incrementally to be able to get it out."

Of the 220 local agencies that rely on Sacramento Food Bank for food supplies, Young says only a dozen have their own cold storage. That means no matter how many tons of cantaloupes and squash come in from growers and grocers, there's a limit to how much food can be quickly and safely distributed to those who need it most. 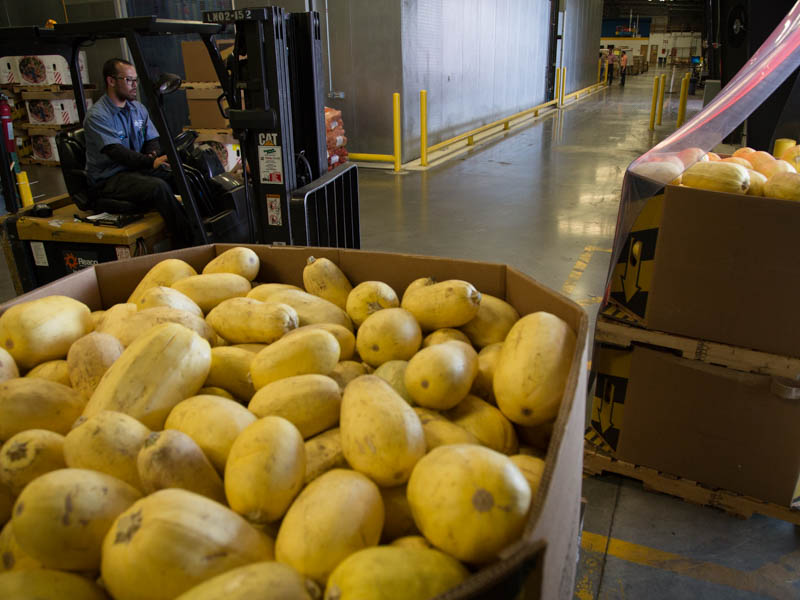 Jenson Fontanilla moves crates of squash being weighed as the Sacramento Food Bank and Family Services sets a world record at its warehouse on Wednesday 7, 2016. Andrew Nixon / Capital Public Radio
Follow us for more stories like this