Researchers at Stanford University found what they call a “water windfall” deep beneath the Central Valley, according to a study published Monday in the Proceedings of National Academy of Sciences. Scientists say it's three times more groundwater than previous state estimates and four times more if saltier water is included.

“We estimate there are about two billion acre-feet of fresh water underground in the Central Valley. That’s a lot of water,” says Rob Jackson, an earth science professor at Stanford and the study's co-author.

An acre-foot is enough for the average California household for a year. Jackson says previous state groundwater estimates - which are decades old - didn’t include water deeper than 1,000 feet. The study looked at publicly-available state data from the oil and gas industry, which typically drills deeper into the earth.

"An increasing number of cities and companies are using groundwater as deep as 1,000 feet. We wanted to characterize the water resource going down to reasonable depths," says Jackson.

This could come as welcome news with California in the midst of its fifth year of drought. Some wells in the Central Valley have run dry and aquifers are being overpumped.

“I don’t think that the response to this would be that people will just cheer that they can drill deeper wells," says Preston Jordan, a geologist with Lawrence Berkeley National Lab, who reviewed the paper.

He says much of the water is too salty and not usuable unless treated. "They would have to add a treatment system which obviously raises the cost of that water pretty substantially,” says Jordan.

Large groundwater withdrawals can also cause subsidence in some areas of the state, where the land sinks. Subsidence has already damaged bridges and aqueducts.

"So in the end how much is accessible to us partly depends on economics and partly depends on how desperate we get to replace other overdrafted, overused resources in the state," says Peter Gleick, president and co-founder of the Pacific Institute. 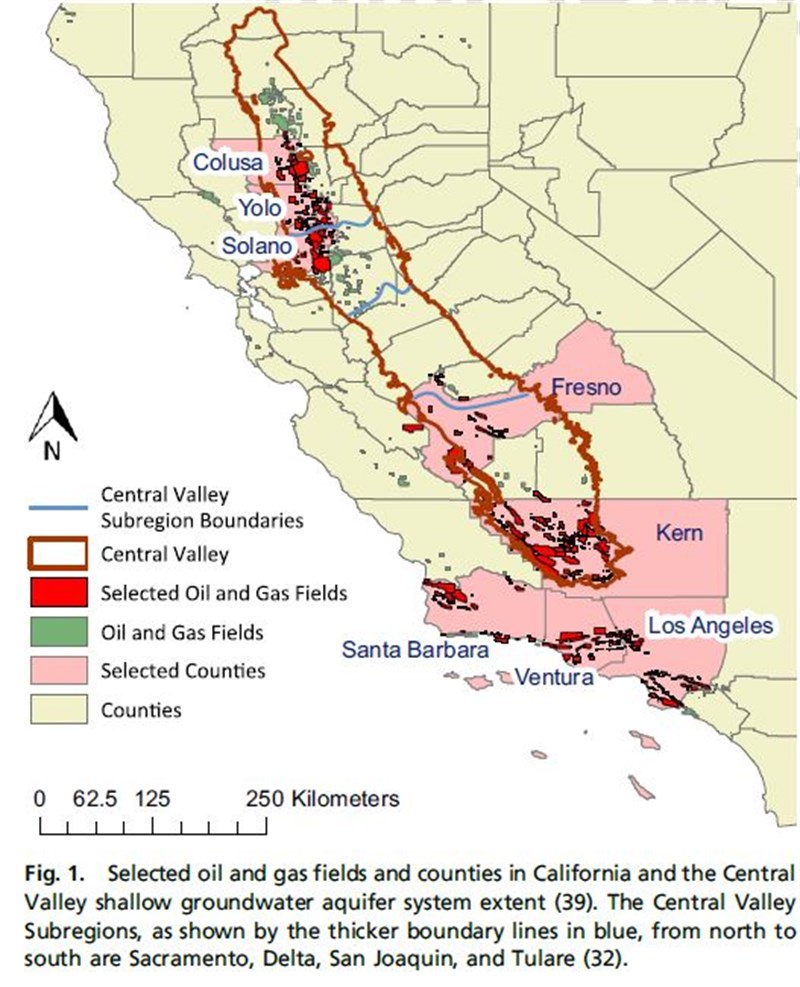 The study also notes that these deep groundwater resources are vulnerable to contamination from the oil and gas industry.