The 2013 documentary Class Dismissed takes an up-close look at the high school dropout crisis in Stockton, California, a community in the Central Valley where at one point it was reported that 50 percent of high school students didn’t graduate at all.

We tell the stories of four students who, for different reasons, were struggling to complete their education.

Roosevelt Webb was one of them.

When you make social issue documentaries, you build relationships. You get close to the people you are reporting on and become part of their lives. They also become part of yours, so when the project wraps up you continue to wonder how they’re doing and hope for the best.

We knew that Roosevelt had graduated from high school, as he had intended. But then what happened?

One sunny morning I drove down to Stockton to see Roosevelt and Sheilah Goulart, the former director of Building Futures Academy, where Roosevelt had spent his senior year of high school.

We meet up at the San Joaquin County Office of Education where Sheilah now works. We crowd around her desk to listen to Roosevelt’s story from the audio documentary. Tears came to his eyes. I asked him to tell me what memories come to mind.

“It brings back a lot of memories really,” says Roosevelt. “I’m all tearing up because everything that I said that I wanted to do in that clip, I actually did it. It makes me feel good because I haven’t heard that in so long and it’s just . . . it’s inspirational. I mean I heard kids say they listened to it and they heard me speak about [dropping out]. And now that I actually got to listen to it, it’s like man, I see why it’s inspirational to other kids.”

I ask him why.

“For one, I said that I wanted to graduate and it finally came to pass. And just hearing my mom say that it will make her happy to see me graduate and I did. And it made my brother think ‘Oh, you know, I should get my high school diploma too.’ Not only did it help my family have faith but my best friend, Jess, he wouldn’t go to school. He didn’t have any inspiration. And after I got my high school diploma he was like ‘You know, you did it. I know I can definitely do it.’”

As we speak, Roosevelt says he feels like he’s become a great role model for his family.

“I have my nieces and nephews and they’ve all said they want to go to YouthBuild and do what I’m doing. And I just tell them, you know, ‘Stay in school. It’s the best place for you to be.’” 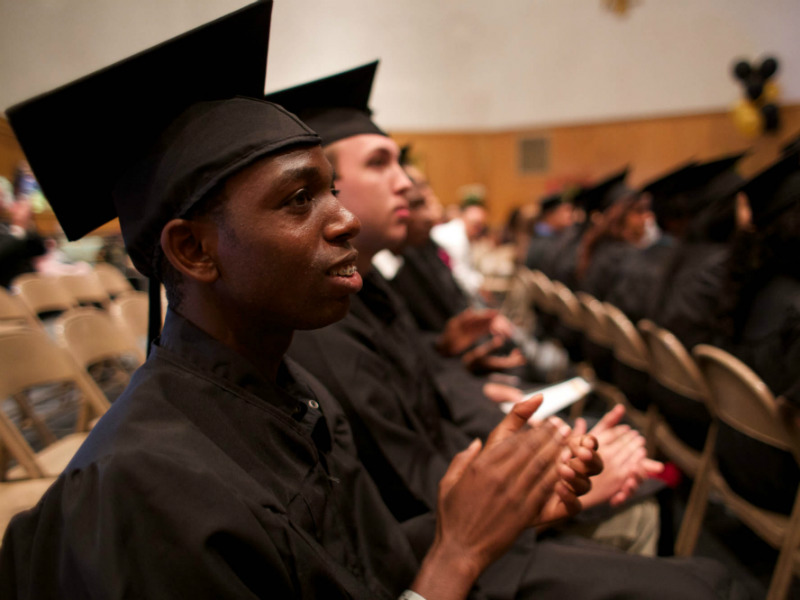 After dropping out of high school to take care of his dying father, Roosevelt Webb earned his high school diploma, graduating from the San Joaquin Building Futures Academy in Stockton, Calif. in May 2014.  Andrew Nixon / Capital Public Radio

Roosevelt says graduating high school was a life-changing experience. “At that moment I actually felt that I didn’t let my family down, or better yet myself. At that moment I felt like everything just changed. I felt like things will be better. You know, everything is going to be different now.”When Roosevelt Webb walked across the stage at the Scottish Rite Temple in Stockton in May of 2014, CapRadio’s documentary team was up in the bleachers watching.

His mentor Sheilah Goulart was also there.

“I just remember how excited he was and how excited we all were for him to see him graduate, to see him walk across that stage. And then I also remember watching his family hugging him and he and his brother and his mom and how thrilled they were. And how happy he looked, you know? He was just all smiles.”

After Roosevelt got his high school diploma he worked at San Joaquin Regional Conservation Corps for about a month and a half. “After that I got a phone call from Ms. Sheilah and Manny (Sheilah’s husband and former Construction Technician for YouthBuild San Joaquin). They asked me if I wanted a job.”

“I supervise a group of kids over at Habitat for Humanity,” he says. “My job title is construction tech. I have at least four kids dependent on me every other day. At first, you know, it was a little nerve-wracking. But after a while you kind of get used to being a leader.” 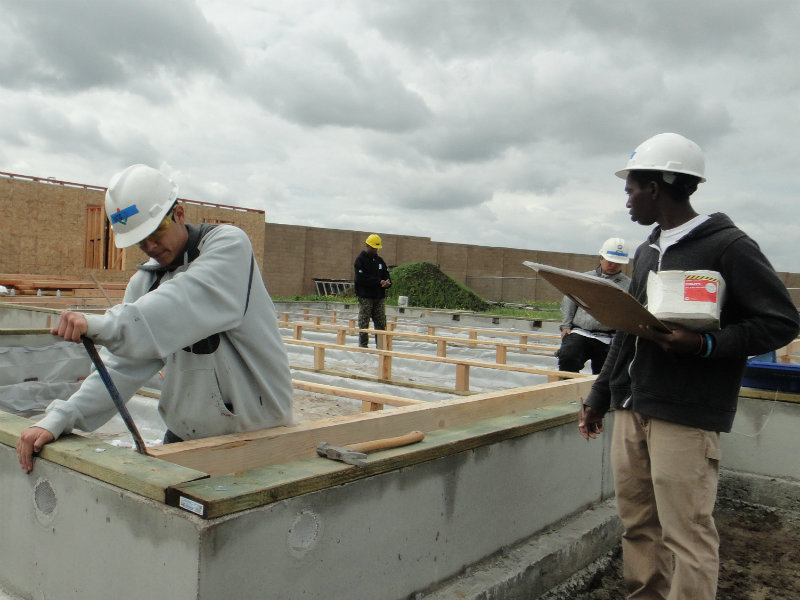 Sheilah says Roosevelt didn’t realize his leadership potential. “But all of the adults there realized it and that’s why we offered him this position to be the crew lead because we knew he could do it. He just had to believe that he could do it.”

“I can remember that day really well when she called me and offered me a job,” says Roosevelt. “You know, there’s more people that are qualified to do this job but for her to pick me, it’s an honor.”

“I see wonderful things for Roosevelt, says Sheilah. “He’s a very driven young man. He’s overcome a lot of obstacles and he doesn’t let that set him back. And now it’s just figuring out step-by-step how to get to the next level.” 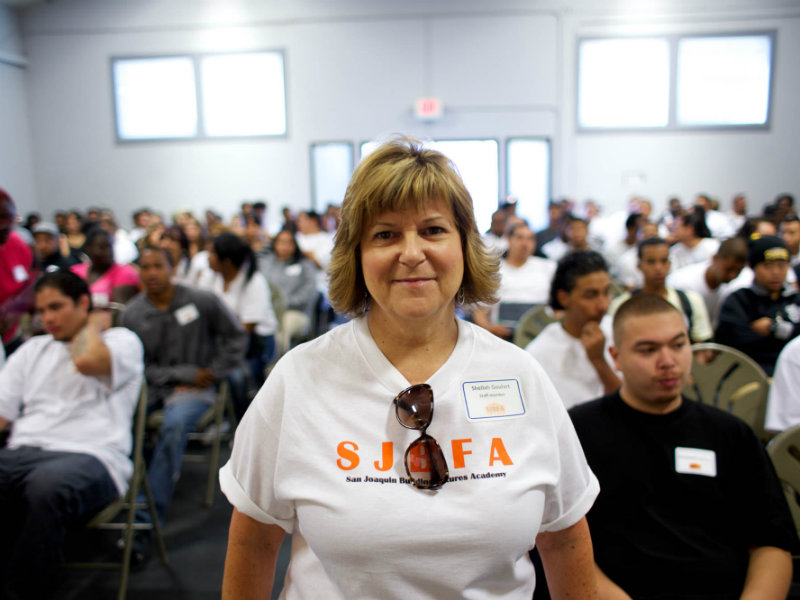 Roosevelt says he wants to be a computer technician. And he wants to own a house before he’s 30 years old. “I figure that if I try hard enough I’ll be able to accomplish that.”

Ten years from now, he hopes to be making good money at a new job. He envisions his whole family living with him in his new house. “My mom would be there, my brother, my family. Maybe a new car. And of course visiting Ms. Sheilah and Manny.”

Roosevelt Webb is one of hundreds of young dropouts that Sheilah and Manny have mentored through the Building Futures Academy. “These young people need to have someone that believes in their possibility, that they have lots of opportunity available to them and that they’re not a group of young people to be discarded.”

Roosevelt agrees. “There’s a lot of young folk out there [who] have a lot of potential but they don’t have anyone there to help them out.”

His best advice to young people wanting to finish their education?

“You only get out what you put in.” He says adults and school staff can only do so much. “The rest of it is up to us, the young people.”

Roosevelt Webb’s Graduation— “I did it!”