On The Campaigns: What A Tougher Trade Policy Could Do To California

With the June primary just a week away, presidential candidates Donald Trump, Hilary Clinton and Bernie Sanders have descended on Southern California, delivering stump speeches that often include references to trade, offshoring and the need to bring manufacturing jobs back to the U.S.

Hilary Clinton struck a similar tone last week at a campaign stop in the city of Commerce.

“I believe we can still make it in America, and export it from America!” she exclaimed to a cheering crowd.

Their message rings as true in Southern California - the nation's biggest manufacturing hub - as it does in the Rust Belt.

One part of the equation is true: manufacturing jobs, which were key to building parts of the region, are down 40 percent since 1990, according to the Los Angeles County Economic Development Corporation.

"Even in California, the gateway to the Pacific Rim, an increasing number of voters see economic interaction as not something to be promoted – but rather something to be feared," said Dan Schnur, director of the Jesse M. Unruh Institute of Politics at the University of Southern California.

But if U.S. trade policy tightens under the next president, experts said it could cost the Southern California economy.

The region's bustling logistics industry is reliant on imported goods, many of them from China. Forty percent of goods imported into the U.S. flow though the Ports of Los Angeles and Long Beach - supplying jobs for tens of thousands of workers. Dock workers unload the shipping containers, truck drivers shuttle those containers, and an army of warehouse workers in San Bernardino and Riverside county organize shipments and package orders for Amazon and other online retailers.

"This is a trade-dependent market, and we would be among the very first to suffer from the kind of trade policy that’s being discussed," said Michael C. Camuñez, a former Obama administration trade advisor who is now President and CEO of ManattJones Global Strategies LLC, which advises companies doing business in Mexico.

But the logistics jobs don’t pay nearly as well as the vanishing manufacturing jobs.

Who's taking the jobs? Workers abroad or machines?

On the campaign trail, Trump often says that U.S. workers have been replaced with foreign workers.

“Other people are taking your jobs, and (jobs are) disappearing, they’re going to other countries,” Trump said in Costa Mesa.

But it’s not just other countries taking people’s jobs, it's also machines, which are increasingly doing more work in factories.

Automation of work that used to be done by people is a big reason why American manufacturing output has more than doubled over the last 40 years, while factory jobs have declined by 31 percent, according to a 2011 study by George Mason University.

“People often ignore the fact that the share of manufacturing output in our economy has not dropped that much, whereas the share of jobs has dropped very substantially,” said Fred Bergsten, senior fellow and director emeritus at the non-partisan Peterson Institute for International Economics.

“A factory that, once upon a time, might have employed 2,000 people could in some cases need a tenth of that number, and that just means that even if manufacturing comes back – which would not be a bad thing – it’s not necessarily going to, create the jobs that Donald Trump says it’s going to,” Klowden said.

This election is challenging decades of political orthodoxy, with many businesses skeptical of Trump – and many people in organized labor distrustful of Clinton because of her shifting positions on issues such as trade - particularly NAFTA and the Clinton's new Trans-Pacific Partnership, or TPP.

Clinton’s position on trade has waffled depending on whether she’s in office or running for office, according to Linda Qiu, who analyzed Clinton's stances for PolitiFact.

“As a senator she was consistently for free trade, and as Secretary of State really supported it as well," said Qiu. "But during her 2008 campaign, she went back and forth and took back her position on NAFTA, and in 2016 we’re seeing her do it again.”

When Clinton served as Secretary of State, she endorsed the massive TPP trade deal, calling it the 'gold standard' of trade agreements.

“The TPP represents a new kind of trade agreement, one that promotes not just more growth but better growth,” Clinton said in 2011, at a conference of Asian nations.

However, last year, Clinton revealed a change of heart when she was interviewed by the PBS Newshour.

"What I know about it, as of today, I am not in favor of what I have learned about it," Clinton said.

Clinton's shifting views on trade make it hard to know how her policies would affect Southern California.

"Some people are generally pro-trade or anti-trade," Gene Sperling, director of the National Economic Council in both the Clinton and Obama administrations, told the Washington Post. "She’s case-by-case on trade."

Trump's anti-trade campaign rhetoric has led to fear among some businesses of a backlash.

“There’s a number of U.S. companies that have pending deals in Mexico that are growing increasingly concerned," said Camuñez, the trade consultant, "not so much about pursuing them but having publicity associated with them.”

But some of the campaign promises around trade are unlikely to ever come to pass.

"Apple is going to start making their products here," Trump said in Costa Mesa. "They don't know it yet, but they will."

But Apple executives have said cost isn't the only issue: the U.S. doesn’t have anywhere close to the supply chain or the number of workers with the right skills to meet Apple's exacting requirements.

"China put an enormous focus on manufacturing," Apple CEO Tim Cook told 60 Minutes in 2015. "You can take every tool and die maker in the United States and probably put them in a room that we're currently sitting in. In China, you would have to have multiple football fields."

And when Apple did open a U.S. factory a few years ago to make Mac Pro computers, it chose Austin, Texas, where the cost of doing business is much lower than California. There is little any president can do about local regulations that affect business costs.

Trump has also threatened a 35 percent tax on cars and parts from Mexico and a 45 percent tariff on Chinese products.

“The 45 percent is a threat that if they don’t behave – if they don't follow the rules and regulations – we will tax you," Trump said in a March debate.

Bergsten, of the non-partisan Peterson Institute for International Economics, said Congress would have to agree to that. Raising taxes is their job, not the President's.

“Trump could not actually do a lot of the things he wants to do," said Bergsten. “The law permits him to raise tariffs by 15 percent for five months.”

Bergsten said Trump could declare a national security emergency, but that's generally only used in military wars, not trade wars.

And even if Congress agreed to jack up tariffs on Mexico and China, Bergsten said companies would just set up shop in Vietnam, Malaysia or other countries with cheap labor.

At the same time, China and Mexico would likely retaliate by slapping their own tariffs on goods from the U.S. – and that's not good for Southern California farmers, who sell almost 40 percent of their produce overseas, according to the California Department of Agriculture.

Copyright KPCC 2016.  Read more in this series and let us know your thoughts on Twitter using the hashtag #CACounts. 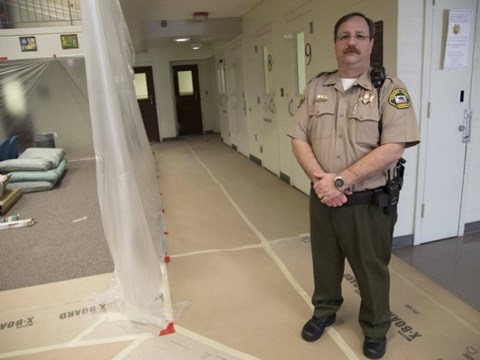 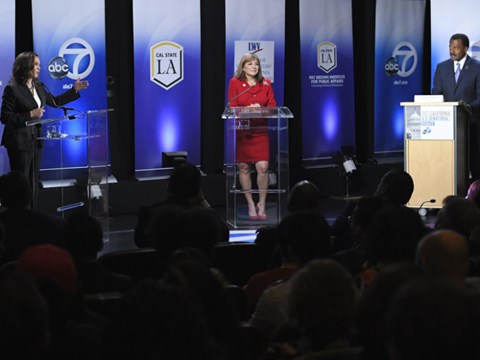 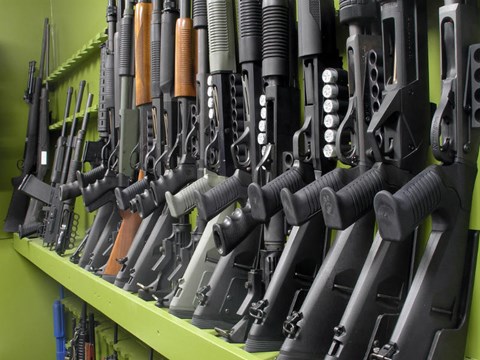