The County Medical Services Program is expanding health care services to undocumented people living in rural areas of the state.

The expansion, which begins Monday, will include primary care services to undocumented residents meeting eligibility requirements.

The program will also offer a New Primary Care Benefit Program. The two-year pilot project will include up to three primary care visits, diagnostic tests, and up to $1,500 in prescription drug coverage.

Last year, only nine counties offered non-emergency care to undocumented immigrants. Now, there will be a total of 47 counties offering these services.

“Potentially thousands of Californians will benefit from these expansions as well as those in other counties who have launched similar pilot programs in the last year,” Wright says. 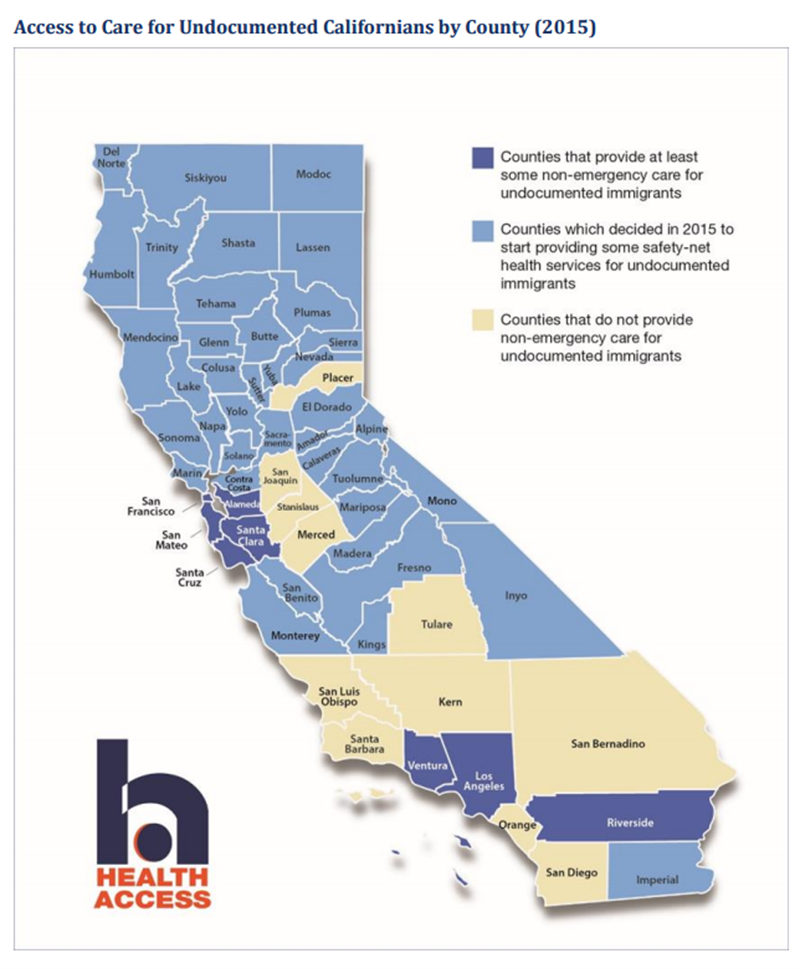 More than 2,000 individuals have enrolled in Healthy Partners since the program began operating in January. Its enrollment cap is 3,000 patients.

David Ramirez serves on the Board of Directors for Sacramento Area Congregations Together, a faith-based organization that advocates for the creation of Healthy Partners. He says people who have taken advantage of the program see it as a success.

“Even though the plan adopted is limited to a single site; is funded for a limited number of patients; excludes everyone over the age of 64; and includes very limited patient navigation services at this time, it is doing a lot of other things right,” Ramirez says.

The program provides primary care services and low-cost prescriptions to 19 to 64-year-olds who have an income under $16,300 a year.

Advocates want to expand the program by lifting the age and enrollment caps, and setting up additional locations.