Frenchman Julian Alaphillipe (Etixx-Quickstep) won the Gibralter Road climb and the sprint to the finish line in Santa Barbara to win stage three of the Amgen Tour of California.

He passed several riders in the final push and finished 19 seconds ahead of Lake Tahoe/Santa Rosa's Peter Stetina (Trek-Segafredo) and 31 seconds ahead of New Zealand's George Bennett (Lotto NL - Jumbo).

“Today was really hard, everyone waiting the last climb for the big fight, so I was a little bit nervous we arrived here," said Alaphilippe. “I wanted to wait until the last moment because I don’t know my condition after the break."

Roseville's Neilson Powless (Axeon Hagens Berman) took the lead two miles into the final climb and led by half-a-minute with less than three miles to ride.

“On the final climb I felt really good. I was in the top three riders getting into the climb. After maybe 2k on the climb I looked back and noticed that there was a really large gap,” Powless said. “I just decided to keep it steady and see how long I could go, and it turned out to be a really successful ride."

Powless finished fifth, which is where he also is in the overall standings, "(It) gave me a lot of confidence just to know that I can climb like that, because in the past I haven’t seen myself as a top, top climber. So, yeah, I have a lot of confidence going into the next couple days.”

He's 19 and the youngest rider in the race.

Elk Grove's Evan Huffman (Rally) continued to score points in the mountains. He won two climbs and finished second in a third climb to retain the King of the Mountain jersey. But, he did not have enough to join the last breakaway of the day and as a result finished more than 21 minutes behind the leader and fell from second place overall to 85th.

Huffman is just ahead of stage one winner, Slovakian, Peter Sagan (Tinkoff).

Second-day leader Benjamin King is 34th and more than five minutes behind Alaphillipe. The Frenchman finished second in the Amgen Tour of California in 2015.

Britains Peter Kennaugh (Team Sky) was knocked out of the race at the bottom of the Gibralter Road climb with what organizers say is a broken collarbone.

We may see a repeat of sorts of stage three during stage four -which will take riders on four climbs from Morro Bay and will end on the Laureles Grade Summit in  Monterey County.

Californians Are Voting On Another Dialysis Ballot Measure. What To Know About Prop. 23. 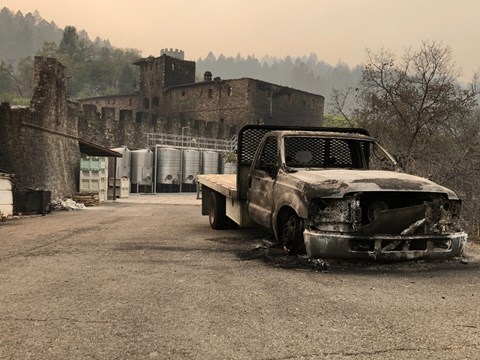