U.S. Senate candidate Kamala Harris, the front-runner in the race, fought off attacks from four challengers during a debate Tuesday night at KPBS in San Diego.

The Democratic attorney general for California had the lead in a Field Poll last month, with 27 percent of the vote. The poll also showed 48 percent of likely voters in the race to replace retiring Sen. Barbara Boxer remain undecided.

Even in opening statements, Republican Duf Sundheim attacked Harris for being a career politician.

Harris later was attacked by her opponents for allowing nuclear waste from the shuttered San Onofre power plant to be buried near the shoreline.

The attorney general said she could not address the question specifically because the California Coastal Commission is involved and that's her client. She said there's an active criminal investigation into the 2013 closure of the nuclear power plant.

"We're going to go where the facts lead us," she said.

"California Counts — Race for the Senate," the second debate of the campaign, was hosted by KPBS in partnership with KPCC in Pasadena, KQED in San Francisco and Capital Public Radio in Sacramento.

On other questions, the two Democrats and three Republican candidates fell along party lines.

Harris and Democratic Congresswoman Loretta Sanchez of Orange County both support California's new plan to raise the minimum wage to $15 an hour over the next six years.

Republicans Sundheim and Tom Del Beccaro oppose it. Both are lawyers and both are former heads of the California Republican Party.

Republican Ron Unz said he feels California's $15 an hour wage is too high, but supports a national minimum wage of $12 an hour. Unz is an entrepreneur, writer and publisher who ran for governor in 1994 against Pete Wilson.

To a question on whether California should allow more refugees, Harris and Sanchez said the state should be more welcoming.

"We have to be a beacon to bring and help those people," Sanchez said.

Harris said she worries rhetoric against refugees is anti-Muslim.

"We have to embrace our Muslim brothers and sisters," she said. "We have to live true to our values as a country."

Del Beccaro and Sundheim said the state should not allow in refugees until the FBI can be certain the people coming in are not terrorists.

"We've been lucky that for 200 years we've had two oceans and two kind neighbors protecting us," Del Beccaro said. "We need to wake up and realize the world has changed."

Sundheim said while the United Staes should keep refugees out, it should provide resources to Europe to help care for them.

"We have a responsibility to look after these people, but we can't let them into our country," he said.

In answer to an audience question from a San Diego State University student on how each candidate would make college more affordable, Unz called out both rising tuition and textbook costs.

Del Beccaro said the country should not have pushed students away from trade schools in past years, and said it was a mistake to allow the government to take control of the student loan program.

Sanchez said she wants to make community college free and create a program that allows students to refinance their college loans.

The top two vote-getters in the June 7 primary, regardless of party, will advance to the November election. 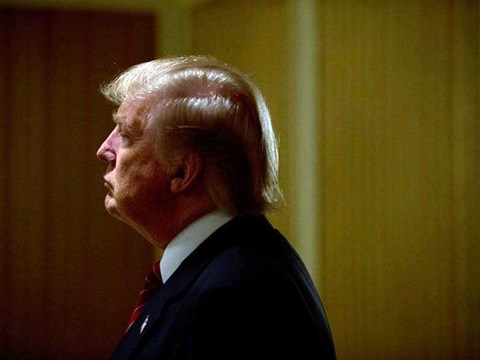 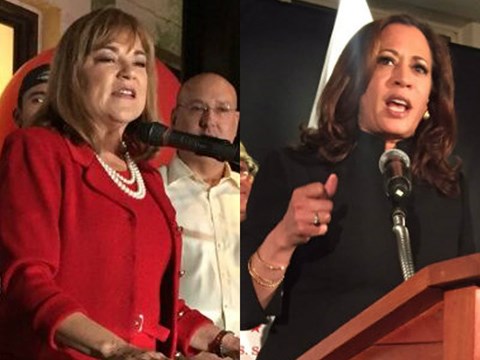 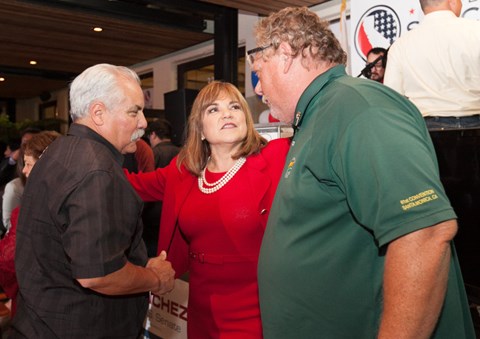