If your weekend plans involved heading to Dixon to drink a pint of locally grown and brewed beer on the Ruhstaller hop farm, you’ll have to change your mind. Solano County officials shut down the farm's tasting room due to permitting issues this week.

Ruhstaller Beer specializes in locally-sourced craft beer. They grow their own hops on a farm off I-80. Manager J-E Paino says they started the hop farm about three years ago.

“We’ve been in contact with the county since day one about what we can do and how we can do it,” says Paino.

Bill Emlen, the director of resource management at Solano County, says there’s no problem growing hops on the land. The problem arose when Paino added structures and opened them to the public.

“[Paino]’s essentially created a taproom and some sitting areas,” said Emlen. “And, there is a zoning issue with that property - it’s an agriculturally zoned area - in the long term that use would not be allowed.”

Emlen says the structures are neither permitted nor up to code. He says the county gave Paino time to comply, but Paino missed some deadlines, resulting in the county shutting off the farm’s power and closing the farm to the public.

Emlen says shutting down the farm was a last resort.

“We’ve tried to find a number of paths to help him where we did not have to get to the point where we have to shut down the business,” says Emlen. “I do not want to put people out of work, even temporarily.”

Paino says he attempted to comply but county kept changing the requirements.

“Now nobody knows what we need to do to get out of this,” says Paino. “We’re stuck now with nine employees that don’t have jobs, we can’t have customers out here. We can still grow beer and we can still function - but we’re hobbling at this point.” 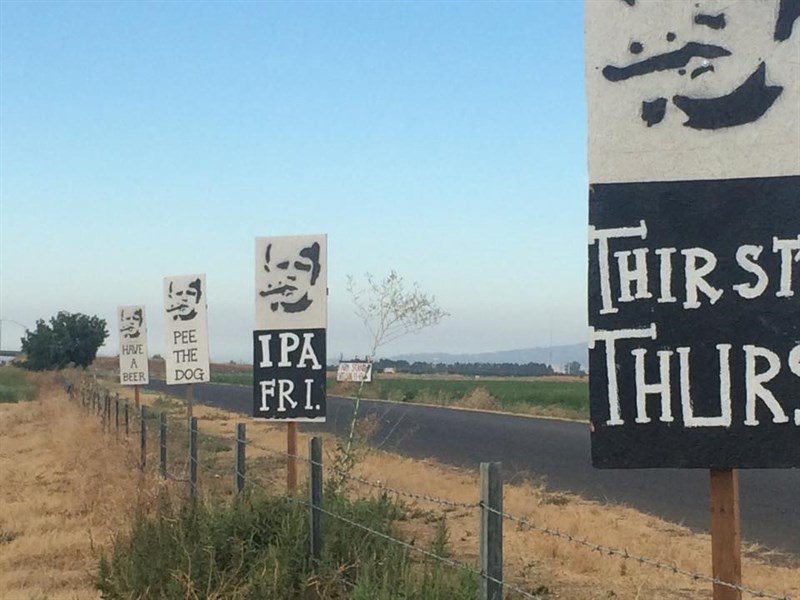 Signs for Ruhstaller's farm taproom can be seen from the freeway. Courtesy