The soundtrack of Luis Medellin’s childhood was the sound of the orange and lemon harvest. Early mornings, he’d hear the clink of farmworkers setting up tall ladders in the orchards to pick the fruit. On cold nights, giant wind machines would whirr to life, as farmers scrambled to warm up the trees. All day long, trucks would rumble past his house, hauling loads of fresh fruit to one of the nearby packinghouses.

Medellin grew up in Lindsay, a largely Latino town in Tulare County, in the heart of the state’s citrus belt. 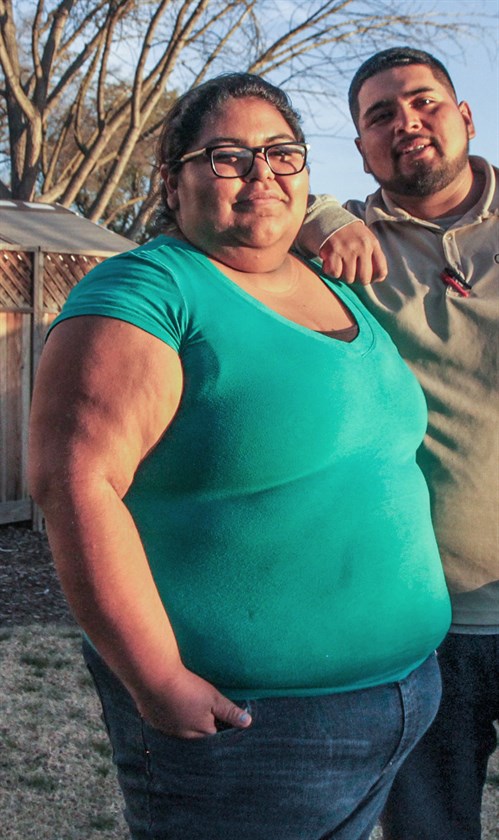 “The streets are all battered because of the heavy trucks that come by with oranges,” says Medellin, as he drives me around town in his minivan. “When I was little, I’d stand on the sidewalk, and hopefully they’d honk. There’s just so many trucks in this town, it’s crazy!”

Caption: Amy Huerta, 18, with her brother Luis Medellin, 29, in their backyard in Lindsay, California. Amy is the only one in her family who can cast a ballot this fall. Kerry Klein / KQED

On a clear day in winter, Lindsay boasts a spectacular view of the snow-covered Sierra and lush green foothills. But Medellin says Lindsay is a hardscrabble place.

“Sure, it’s beautiful in the front, but on the backside there are people that go home late at night because they have to pay bills, or their kids go to school next to orange fields any given day when they’re spraying pesticides,” he says.

Medellin became a community activist when he was a teenager. He lobbied the county to help keep pesticide drift away from schools, and spoke up about air and water quality for people in Lindsay, which is now more than 85 percent Latino. But for all his passion about community issues, Luis Medellin can’t vote. He’s undocumented. His three younger sisters were born in the United States. The oldest, Amy Huerta, is 18.

We meet up over a dinner of Hamburger Helper in the family's kitchen.

“Hey donut!” greets his sister, as Luis comes in the door from work.

“We’re a really open family,” he laughs. “We joke and do the occasional back-of-the-head slap.”

But when we sit down to eat, Luis wants to talk about something serious.

Turning to look at Amy across the table he says, "I’m pretty sure you’re registered to vote, ’cuz you turned 18 last year."

"Yeah, I did register to vote, when I got my California ID,” says Amy.

“And are you going to vote?” Luis asks.

“I don’t know,” laughs Amy. “I feel like sometimes my vote doesn’t count. Especially ’cuz right now, the generation is at a point where they don’t care. Most of us are not going to vote, we don’t care.”

Amy does care about art. She draws fantasy characters like dragons and aliens. She eventually wants to leave this farm town and go to Hollywood to do special effects. Now, she’s studying fine art at community college. She’s the first in her family to go to college, and she could be the first to vote. But she’s not sure.

“We’re not really well informed in some of the laws, what’s going down,” she tells Luis.

"So the issues are what get you guys?" Luis asks. "The issues of who’s running, what measures -- that’s what confuses this generation. But yet, there’s so much information. I think it’s just not to be lazy. The information is there. Read it."

Amy says she’s used to Luis and other people in her family giving her advice and urging her to pay attention to politics.

“I’ve been growing up in this whole environment, going to community meetings and protests with my brother," she says. "He always speaks the truth about what he feels. Sometimes, I reflect, and realize he has a point. But I don’t always take his side. We both have different minds.” 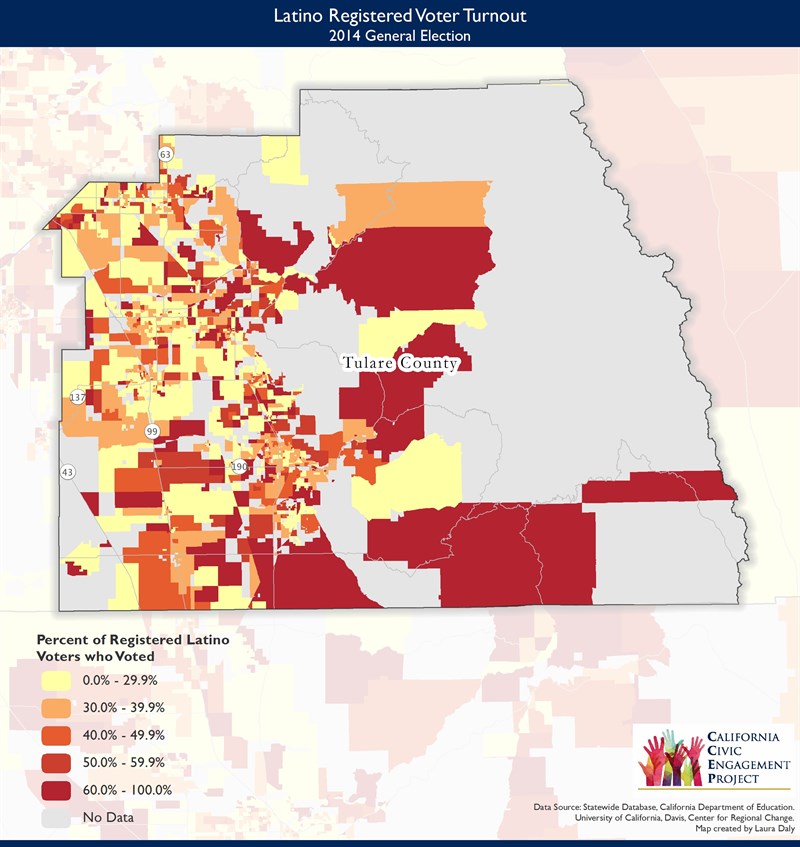 Tulare County is one of California’s most impoverished regions. There is a gap between eligible and registered voters though, especially when it comes to Latinos. California Civic Engagement Project

The fact that young people like Amy Huerta may chose not to vote upsets the city’s first Latina mayor, Ramona Villarreal-Padilla. She won her place on the City Council in the 2012 election, when just 949 voters in Lindsay, a town of 12,000, cast a ballot.

“I won by maybe 50 votes. We really need to have the young people go out there and vote,” says Padilla. “If you think about it, if you’re the future generation that’s coming up, and you decide that you don’t want to, then lots of other people are going to be making choices for you.”

We’ll check in with Mayor Padilla, as well as Amy Huerta and other young eligible voters in Lindsay, over the coming months as part of our “California Counts” election collaboration with Capital Public Radio, KPBS, KQED and KPCC.