The San Joaquin Delta is a freshwater estuary that covers more than 1,000 square miles in California’s Central Valley. Among the hundreds of miles of waterways, you’ll find a tight-knit community of boaters known as Delta Rats. The rats have taken to caring for the mysterious inhabitants of an island.

If you pony up to the bar at the popular Delta tavern Windmill Cove and ask about “Pig Island,” you’re guaranteed to get a response.

Everyone on the Delta feeds the pigs, but nobody knows where they came from. The closest thing I could find to an owner was the curator of the pigs’ Facebook page, Blare Hake.

“If you were to approach ‘em and we didn’t know you or thought you were up to no good, there’d probably be two or three boats coming in and making sure you had good intentions,” Hake says.

Sabine Verelst is one of the Delta Rats who cares for the pigs. She feeds them at least once a week and invited me to come along one late September afternoon. 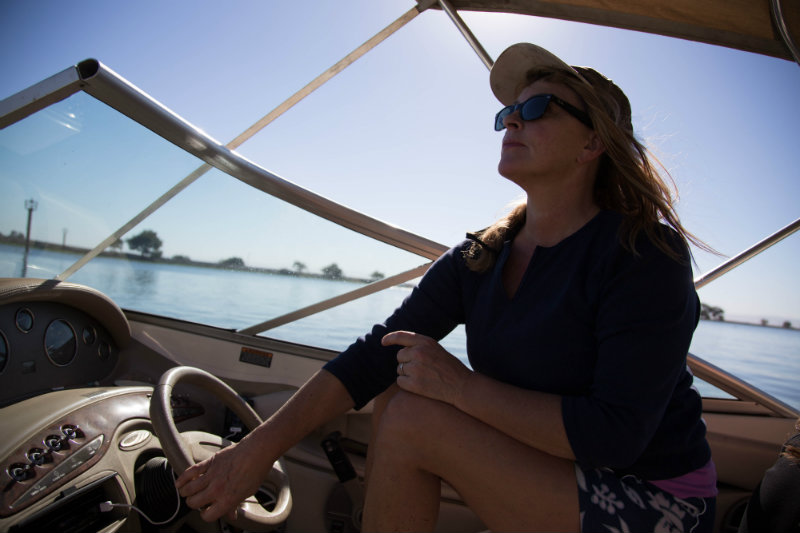 As we approach the island, I can see four pigs gathered on a small stretch of beach facing the main channel. And the guys at the bar were right. These are huge, hungry animals that swim right up to the boat.

“And when I first come here with the food they’re gonna come straight at me so I use the little Styrofoam board and hit them over the head with it to get them away from me,” Verelst says. 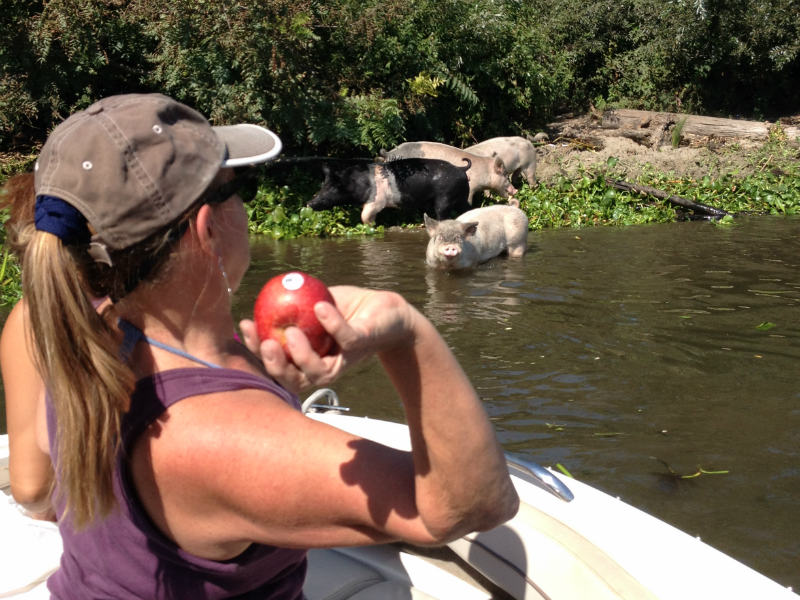 Boater Sabine Verelst throws apples at the pigs so they don't rush her when she jumps ashore. James Morrison / Capital Public Radio

Verelst jumps into the water like the Crocodile Hunter and the pigs rush her. They smash their snouts against anything and everything and to be honest, it’s kind of terrifying.

“You need to give them some apples so they get away from me,” Verelst yells from the water.

While Verelst loves visiting these pigs, she’d prefer they weren’t stranded on this island.

“In the wintertime they’re struggling. The weather is very unfriendly. They have no shelter. They have no place where they can stay dry or feel comfortable. And then in the wintertime hardly anyone feeds them. Very few people. Not very many,” Verelst says before turning the boat around to go home. 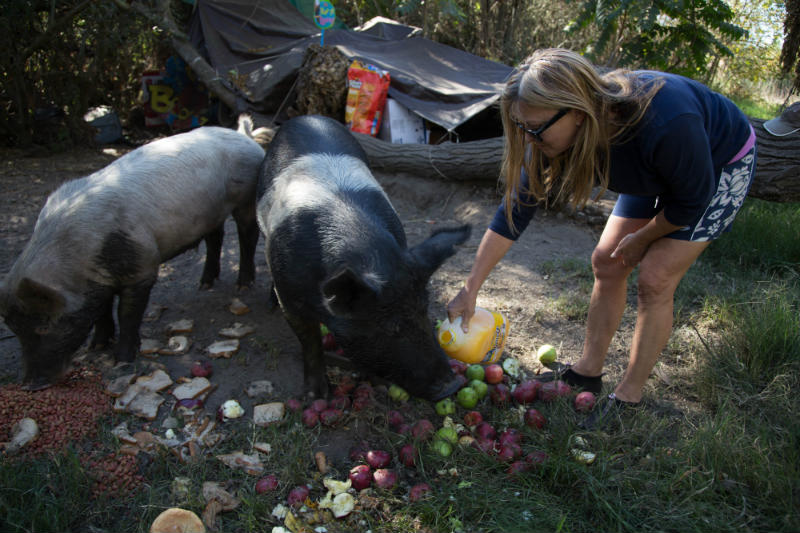 I found the real owner of the pigs among the 700 members of the pig's Facebook page. His name is Roger Stevenson. The San Joaquin County Sheriff had questioned him for animal abuse shortly after the pigs appeared on the island.

“They thought that I had abandoned the pigs or they were being neglected. Or that they were from some luau gone awry. A lot of speculation,” Stevenson says.

But the sheriff’s department ended its inquiry after Roger explained why the pigs were there. His friend owns the island and was planning to use goats to eat the plants. But Roger suggested he use hogs instead.

“Because they actually uproot things and kill them. So they’ve originally been put there to clear the island,” Stevenson says. 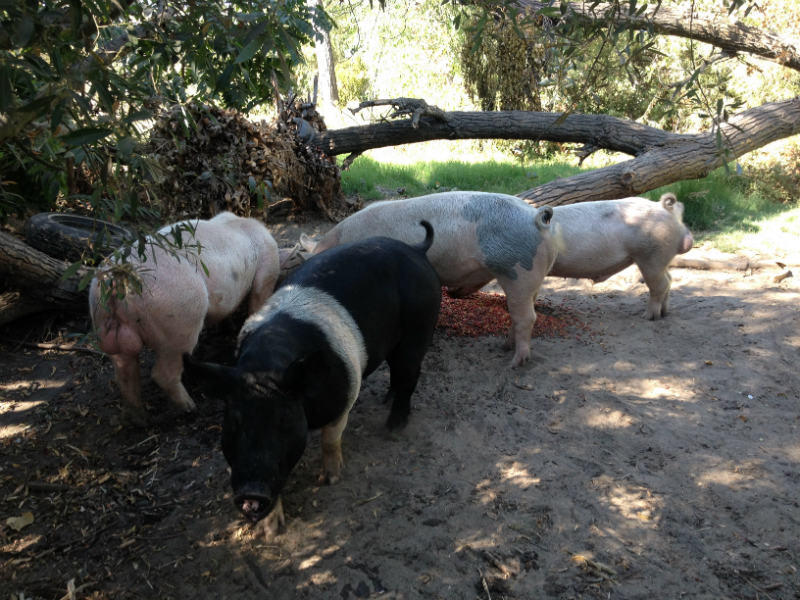 Stevenson released four pigs onto the island about three years ago. Since then the population has swelled to as high as ten and shrunk to as low as two. James Morrison / Capital Public Radio

But it turns out Stevenson's plan is failing. He and the other boaters must constantly feed the pigs because they’re not really interested in eating the island’s vegetation.

“They can and they will do it but they don’t really value it as in goats and other ruminants,” says Kent Parker. He has managed the UC Davis Animal Science Swine Center for 33 years and says despite pigs’ reputation, they’re actually quite picky.

“They’ll eat parts of the plants, the blossoms or the tender parts, whereas ruminants will eat more of the entire plant.”

But as of now, Stevenson has no plans to give up on “Pig Island.”

Sacramento hopes to pay ‘community ambassadors’ to advise on policy, help with outreach