The governor sat down with Capital Public Radio's Ben Adler before leaving for the United Nations Climate Change Conference in Paris, France.

Brown has made fighting climate change a focus of his administration. In the last few months, he’s spoken at the Vatican and met with the leaders of China and India.

Now, he hopes to convince more regional governments to join California and 57 other provinces that have pledged to reduce greenhouse gas emissions.

“We don’t want to do that, because that will then ultimately create perhaps uncompetitive position,“ the governor says. “So we want to find allies. We want what California is doing to become the norm.”

Brown also said California must build consensus and develop alternatives before it can reduce oil consumption.

Brown said the California Department of Conservation’s Division of Oil, Gas and Geothermal Resources is performing better than it has in the last 50 years. The governor went on to criticize environmentalists who suggest California should use oil from third-world countries instead of their own backyard.

“California has tougher environmental regulations and it’s not right to visit the pollution that does come from oil drilling and oil production onto third-world countries,“ Brown said. “That is not environmental justice. So we’ve gotta live with our own lifestyle and its consequences. And Californians are driving 332 billion miles a year.”

The agency has come under fire from environmentalists and the federal EPA for what the critics describe as the state’s loose oversight of the drilling industry.

Brown has repeatedly promised California voters that the tax increases they approved at his behest three years ago would only be temporary. But some Democrats, labor unions and progressive groups are negotiating a potential November 2016 ballot initiative that would extend Proposition 30’s higher income taxes on the rich.

When asked during the interview, Brown declined to say if he’ll oppose any effort to extend Prop 30.

Instead, he responded: “When I said Proposition 30 was temporary, I meant that. But I don’t control what the rest of the world does. So I’m going to stick to my pledge, but we still have a popular initiative, and anybody can do whatever the hell they want, pro or con, taxes.”

Brown also declined to say if he’ll use his $20 million dollar campaign war chest to oppose a different initiative that would block his proposed Delta tunnels project. But the governor vowed to oppose the measure, which he says would “threaten the economic well-being” of Northern California.

ADLER: The focus in Paris, of course, is largely at the national level – the international level – 150 world leaders on hand to negotiate a treaty, an international agreement, to reduce greenhouse gas emissions. So why should a Californian who cares about climate change care about the governor of a state – even a state as large as ours – going to Paris, attending this climate summit?

BROWN: All right, there’s two reasons. Number one, whatever they do at the Paris summit will be inadequate. It’ll be a step forward, but we’re not going to really meet the climate challenge without going much further. And states and provinces and regions – subnational groups – can push their national governments. And that’s really what California is a part of – in fact, in some respects, is leading – the effort of subnational entities or jurisdictions in a collective effort to say, we’re going further than our nation-states. And over the next several years, the nation-states have to take the next leap forward, and the states and provinces can be the catalyst to make sure that happens. That’s the first reason.

But there’s a second reason. California is very aggressive in the moves we’re making – on electric cars, on renewable energy, on building standards and on what we call this cap-and-trade system, where we put a cap and require oil companies to buy allowances, and other entities, to create greenhouse gasses. That’s putting California as an outlier relative to other states – and even other countries. We don’t want to do that, because that will then ultimately create perhaps uncompetitive position. So we want to find allies. We want what California is doing to become the norm for the rest of the world. We want to make normative what is now the California exceptionalism. So those are the two reasons: to push the nation-states and to take the California model and spread it, so what we do is not being the outlier but being what everyone else is doing as well.

ADLER: And what are some tangible things that you hope to bring back to California from these weeks?

BROWN: Well, we hope to add to the 57 subnational jurisdictions – we hope to get several more signed up. And the more states and provinces sign on to what California is doing, the more our exceptionalism becomes the norm. We want to make normative what California is doing today. That’s very important in order to sustain our leading position. Because what we do will be eroded if others don’t follow – and follow relatively quickly.

ADLER: A lot of environmentalists struggle to reconcile the Jerry Brown who pushes so stridently to combat climate change with the Jerry Brown who’s overseeing a state oil and gas regulatory agency that’s come under fire from environmental groups – even the U.S. EPA – for some loose, what they say is loose drilling oversight. How do you respond to that?

BROWN: The division of oil and gas is performing better than it has in the last 50 years. It has challenges, but it’s working through those. Our recent director that went back to the university was the first Ph.D. – real scientist – doing the work. So yes, we are the third-largest oil state in the continental United States. And by the way, we’re the state that uses more oil in vehicles – in our 32 million vehicles that travel the roads of California, burn up 18 billion gallons of diesel and gasoline. I know some environmentalists want to bring it from Iraq or Libya or some other faraway place instead of taking it out of the ground. The fact is, California has tougher environmental regulations and it’s not right to visit the pollution that does come from oil drilling and oil production onto third-world countries. That is not environmental justice. So we’ve gotta live with our own lifestyle and its consequences. And Californians are driving 332 billion miles a year.

Now, I want to change that – and we have a plan to reduce oil consumption by 50 percent in the next 50 years. We have a plan on greenhouse gasses that is the most ambitious in the world. So we’re getting there in a sequence of steps integrated as part of a plan. You don’t do one-offs. I know activists have to pick on this or pick on that. But to get the job done, we have to work in a systematic way. And I can tell you this – if we said, no more oil, what if we just said that? No more oil! The entire – you came here in an automobile. Everything, all your equipment is oil-based. The whole place would stop. The only way we can transition without a backlash is to build a consensus and to develop the alternatives and to advance the science and the innovation. That’s what California’s doing.

ADLER: Just to touch briefly on another quick issue: the debate over whether to extend Proposition 30 – the sales and income tax increases approved by voters in 2012. There are Democrats, labor groups, progressives that are negotiating to find a potential extension. You’ve promised repeatedly that Prop 30 will be temporary. Are you at all open to any form of extension of the Prop 30 taxes?

BROWN: As you know, this is not a process occurring in the state government. This is the popular initiative process that any person in California can initiate. And in fact, some activists, including some unions, are now working on some kind of an initiative. When I said Proposition 30 was temporary, I meant that. But I don’t control what the rest of the world does. So I’m going to stick to my pledge, but we still have a popular initiative, and anybody can do whatever the hell they want, pro or con, taxes.

ADLER: Does that mean you’ll oppose any extension measure that could qualify?

BROWN: I haven’t really disclosed what I’m going to do. I will definitely look at these different initiatives. Because some of them can be quite harmful in the way they tie up the budget and make things worse, rather than better.

ADLER: And speaking of initiatives, the Delta tunnels initiative that the Delta farmer qualified – you’ve got $20 million in a campaign war chest. You’ve said you don’t like that measure. Will you spend money from your campaign account to fight that measure?

BROWN: I’m not going to disclose what I’m going to do with that campaign funds. But I will say I will strongly oppose this one particular tomato grower who wants to stop the completion of the California water plan. If he were to be successful, it threatens the economic well-being of Northern California in a very profoundly serious way. So he may not care, but the people of California, I think, when they know the facts, very much will care. 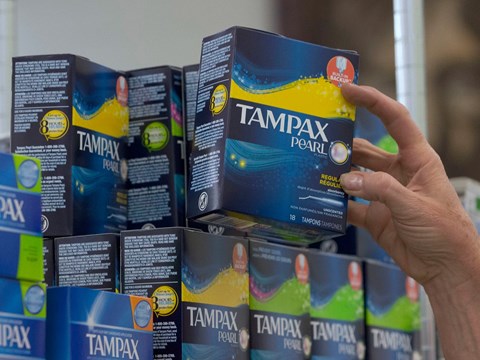 Newsom’s vetoes: Why did the governor block California bills?