Motion Trackers In Your Glasses – VSP Moves Beyond Vision Insurance

Jay Sales sports dark-rimmed glasses, with thick temples. He’s wearing a casual linen button-up. A colorful tattoo pokes out from under the short-sleeves.

“It’s wearable technology that disappears into a fashion element that’s already solving a problem – correcting your vision,” he says as he pops open the temple to show the internal components. 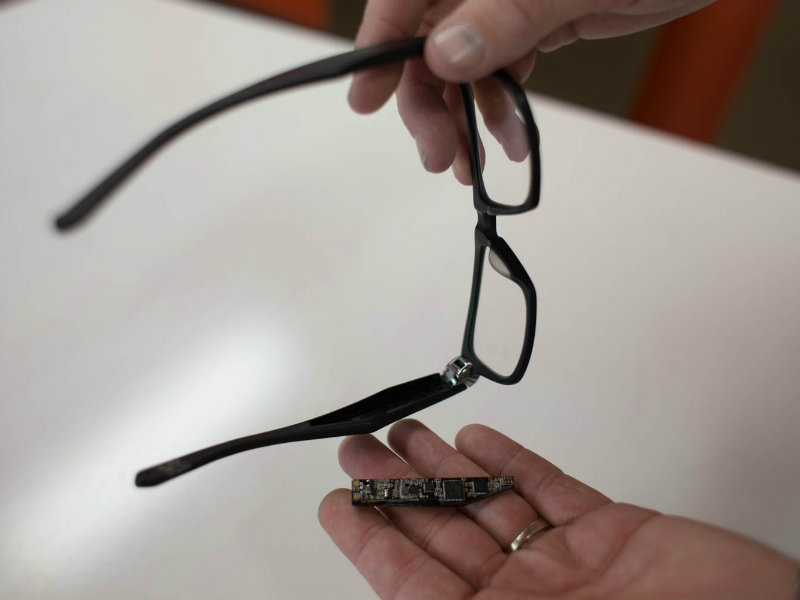 “Inside there is an accelerometer, a gyro and a magnetometer, a CPU and Bluetooth,” he says. “This is the first step into truly turning a pair of eyewear into a much deeper insight engine into health.”

Sales is the man behind VSP’s innovation lab, The Shop, located in downtown Sacramento. And that’s where these prototype fitness glasses are designed.

Sales says researchers found people tend to stop wearing the current versions of fitness trackers after about 90 days, this is known as the “nightstand effect.” Putting the tracker in something people already wear, like eyeglasses, means users won’t leave them by the bedside. You can also get more information from the headspace than the wrist.

“We’re in the headspace so you can get a lot more context about your health than you can with just a wrist-based device,” says Sales. “A lot of what you can get from the head position or their gait – tell you a lot about how somebody is feeling or even their reaction to drugs they might be taking.”

Sales says down the road the frames could send information about your health directly to your doctor or a caretaker. He gives the example of being able to check on an elderly relative who has been inactive too long.

Meghan Murphy, Ph.D is a biomedical engineer working at The Shop. She’s wearing a pair of Genesis frames too.

Murphy says one of the major problems they had to design for was average everyday head motions from talking or eating. Beginning prototypes tracked the action of looking up and down from your plate or back and forth during a conversation as steps.

“We had to build in different filters that would account for and accommodate for various head movements,” says Murphy.

This kind of technology really excites people in the medical industry. People like Tod Stoltz with UC Davis Medical Center, whose job is to develop partnerships with organizations creating the healthcare technologies.

“As a healthcare provider we have a lot of interest in wearable technology and the information on patients and their activity level,” he says.

“Wearable technology clearly has a role to play in that future,” says Stoltz.

Stoltz says he likes Genesis because there’s a huge group of people who would never wear a fitness tracker like, a Fitbit, but always wear glasses.

“For many patients glasses are a very comfortable piece of wearable technology,” he says.

VSP Global is a 60-year-old-company and that provides vision insurance for about 75 million people worldwide. The company also owns the third largest frame manufacturer in the United States and develops software to help run optometry offices. VSP’s business spans health, fashion, technology and retail. Now they’re looking to the future with The Shop. 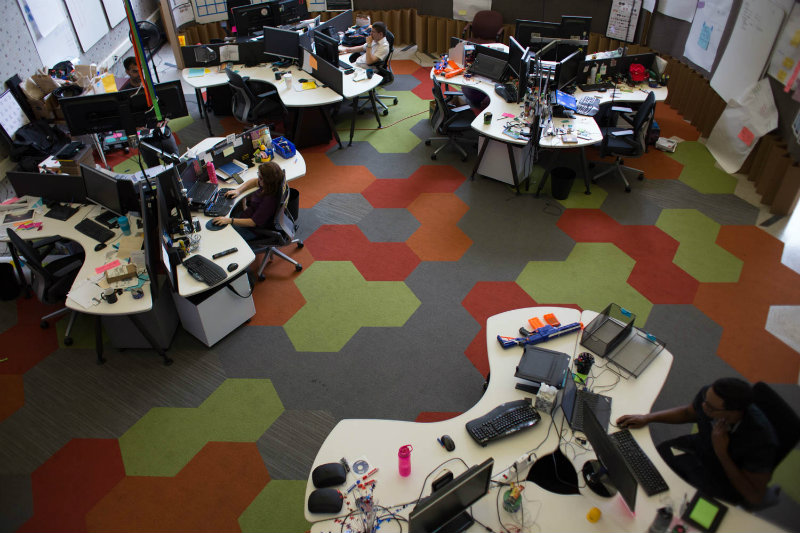 “What we focus on at The Shop is looking at technologies, processes, things that are going to disrupt our industry down the road,” says VSP Global’s CEO elect, Jim McGrann. “We’d rather be the disrupter than the disruptee.”

The sign on the door of The Shop reads 17th and Eye Streets. Jay Sales says being away from the main Rancho Cordova campus, allows the team see things differently.

Project Genesis isn’t the first project they’ve worked on in The Shop, they spend a lot of time experimenting and testing ideas. The team developed a golfing app for Google Glass, that they ultimately shelved.

“It was great technology - It didn’t fit into the core of anything… but it spun out some interesting discussions with other partners,” says Sales. “The lean methodology focuses on learning – versus falling in love with an idea and seeing that idea to the end. It’s more about ‘does this work?’.”

The higher ups at VSP Global weren’t always open to this sort of fail-fast innovation. Sales met resistance when he brought up the idea of an innovation lab.

“He was definitely a disruptive force within our company,” says McGrann. “I think there are two ways to go with Jay… you can fire a person like that because they won’t get in your box or you put them in a role where they can help you succeed in the future and leading The Shop is exactly that space for Jay.”

Project Genesis is still in the early phases of development. It will be a while before you’ll be able to pick up a pair of Genesis frames from your optometrist, CEO McGrann doesn’t even have a prototype yet. The folks at The Shop are testing, tweaking and floating new ideas.

And if Sale’s has anything to say about it everyone, someday will see VSP as more than a vision insurance company.