Americans Not Split On Belief In Climate Change

Not only does a large majority of Americans believe in human-caused climate change, but a majority is also willing to pay to see greenhouse gas emissions reduced. 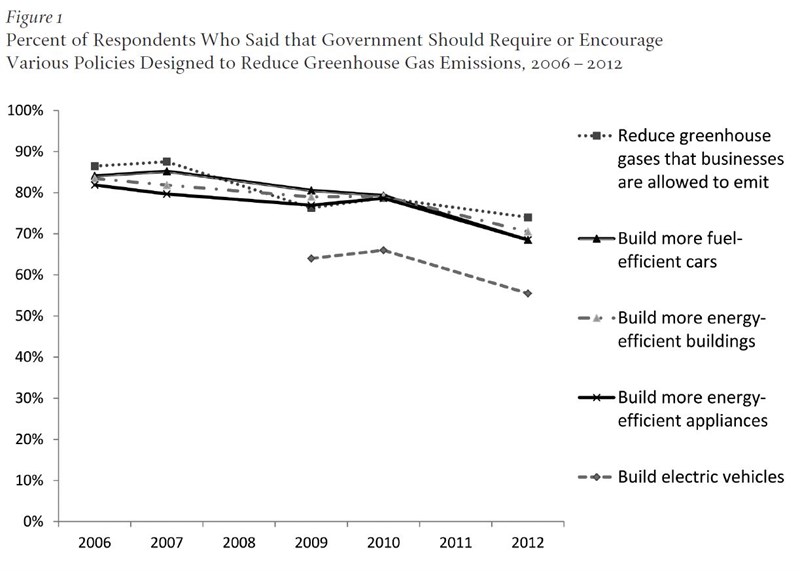 Jon Krosnick, a Stanford University humanities and social sciences professor, says the evidence is based on surveys he's conducted from 1997 through this year. Krosnick is an expert on surveys and the psychology of attitudes. The belief about climate change has largely not changed over the years. 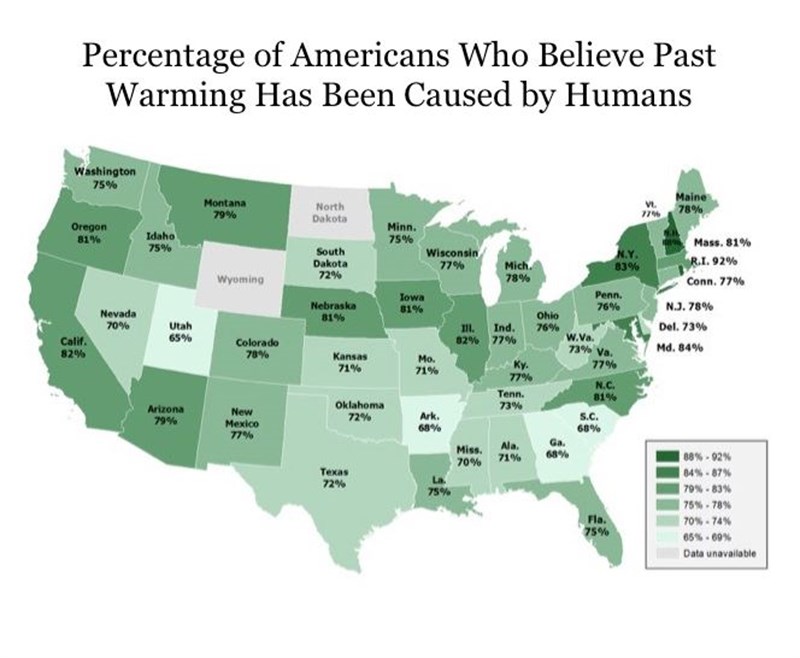 To generate the state-level data, this project combined results of the best national surveys over the past decade of Americans’ opinions about climate change.  This large data set provided sufficient data to estimate public opinion in 46 states.  The methodology made statistical adjustments to account for differences in survey methodologies and changes in public opinion over time. States colored gray in the maps below signify that there was not sufficient data  to analyze that question at the state level.  Credit / Stanford University

It may sound surprising, but Krosnick says the lack of political will to reduce greenhouse gases in the US might be a result of how people perceive other people’s opinions.

“On most issues in America, we are divided about 50/50," says Krosnick. "So it wouldn’t be unreasonable for someone who doesn’t know, to say ‘Well I guess we’re about half red and half blue, so I guess we’re half believers in climate change and half not.' That's what the results of our surveys look like people perceive to be the case."

But Krosnick says Americans are not split on their belief in climate change. Most believe it's real. He says that belief is true across political lines and in all states.

Krosnick says there is a good chance that politicians don't realize how one-sided the country is on the issue, or they would pass policies to reduce greenhouse gas emissions.  He says it would be popular with their consituents.