NASA and USGS satellite imagery paints a bleak picture of the effect of the drought on farmland in the Central Valley. 15 percent of all irrigated farmland was idle all year long. 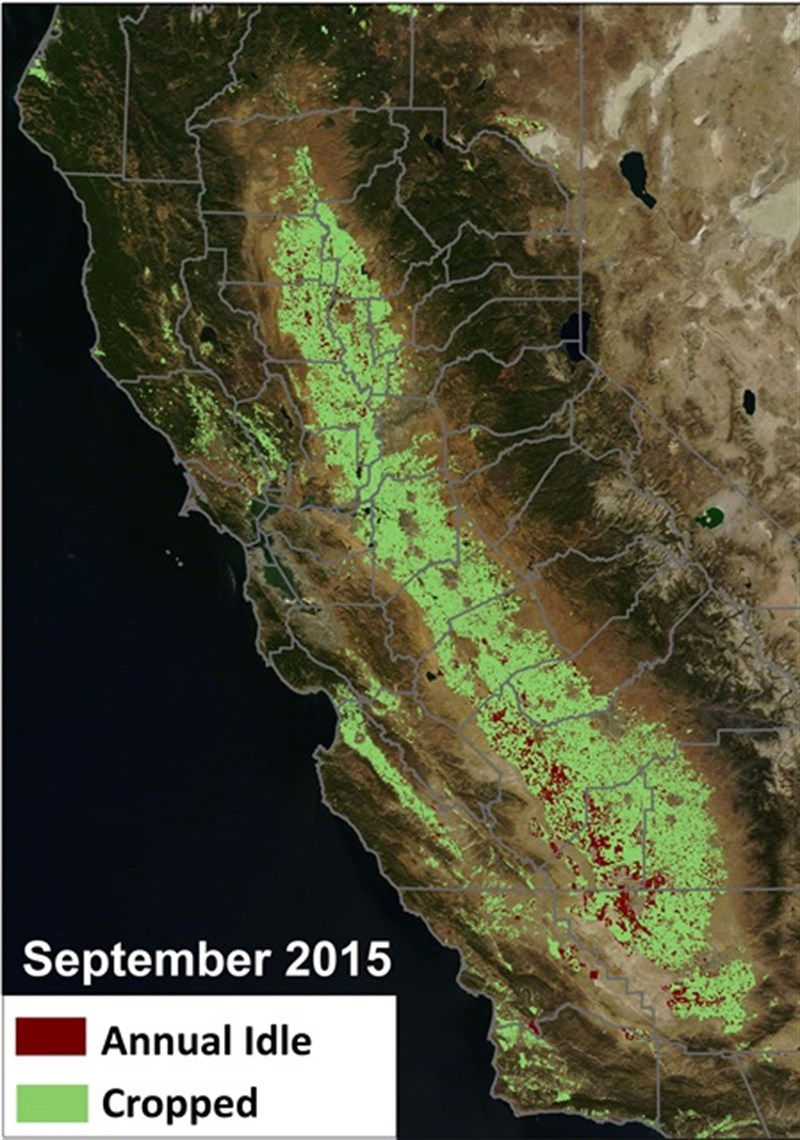 Two million acres were idle during the summer season this year, when high value crops are usually produced and harvested. That represents an increase of 522,000 acres since 2011, the last time the state had an average or above average rainy season.

“I think it’s no secret that this drought is more severe perhaps than any we’ve had at least in a generation, so the numbers aren’t particularly surprising," says Chris Scheuring, an environmental attorney with the California Farm Bureau. "They seem to be a little larger perhaps than we would have expected and certainly not good numbers from the agricultural standpoint.” 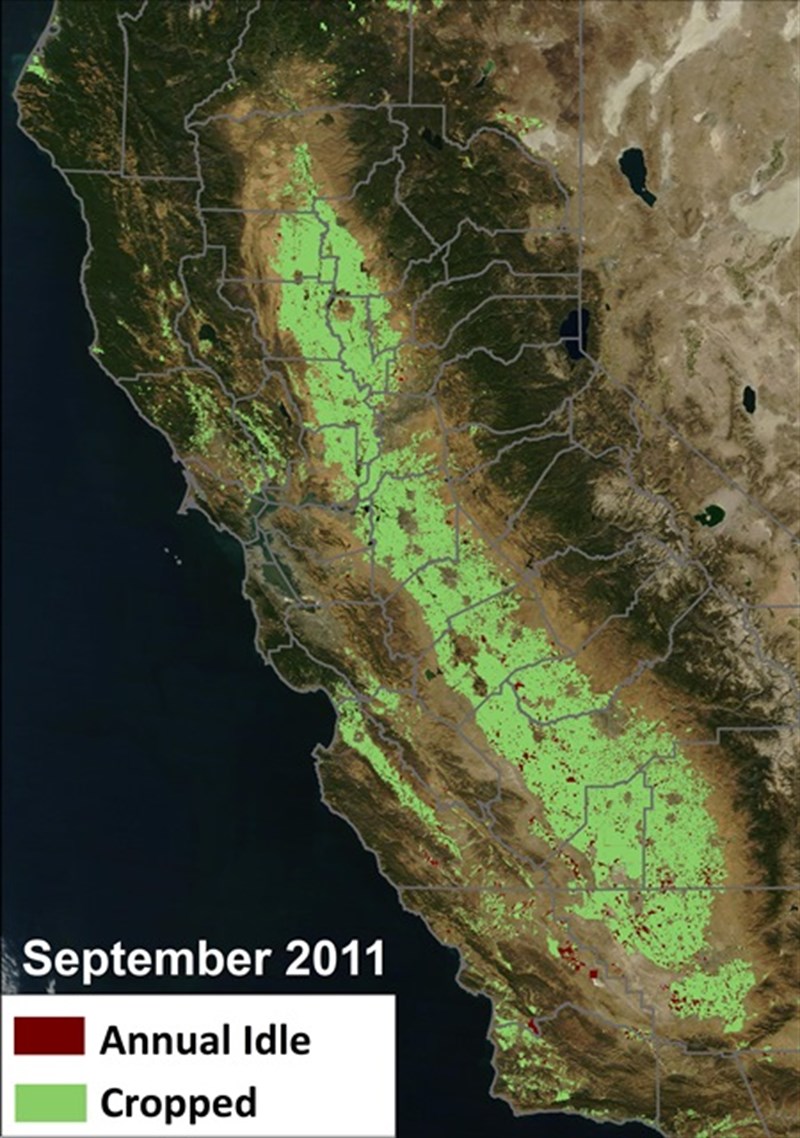 The largest increases in idle acreage were observed on the west side of the San Joaquin Valley in Fresno, Kings and Kern counties.
Follow us for more stories like this