Aerial surveys around the state show more than 20 million dead trees so far this year. The drought has a partner in crime – the pine beetle. If this deadly combination continues it could drastically change California’s forested landscape.

To understand the impact of the drought in the Sierra Nevada forests, one need only visit Al Anderson’s 800-acre ranch in Mariposa County. 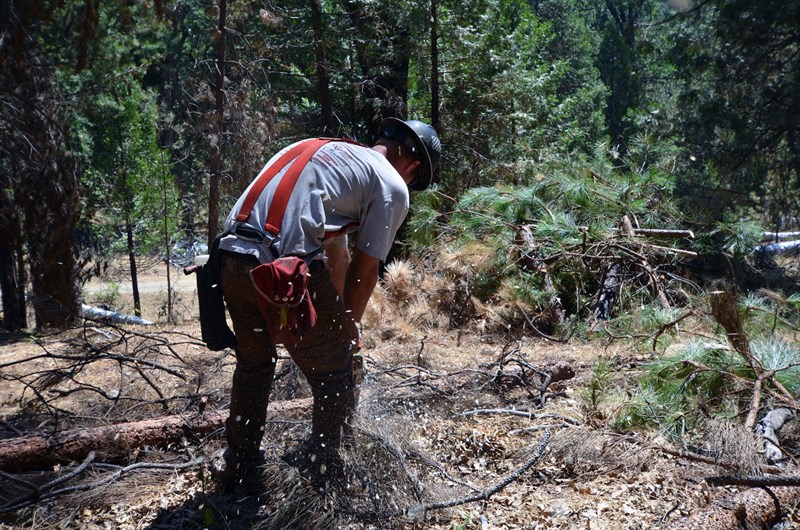 Loggers are busy cutting down dead trees on his property. Anderson says over the last two years, he’s watched his trees die.

“We took out more than 40 loads in April and May and we thought we pretty much had it," says Anderson. "Then, the day after the loggers left, we noticed more trees were dying.” 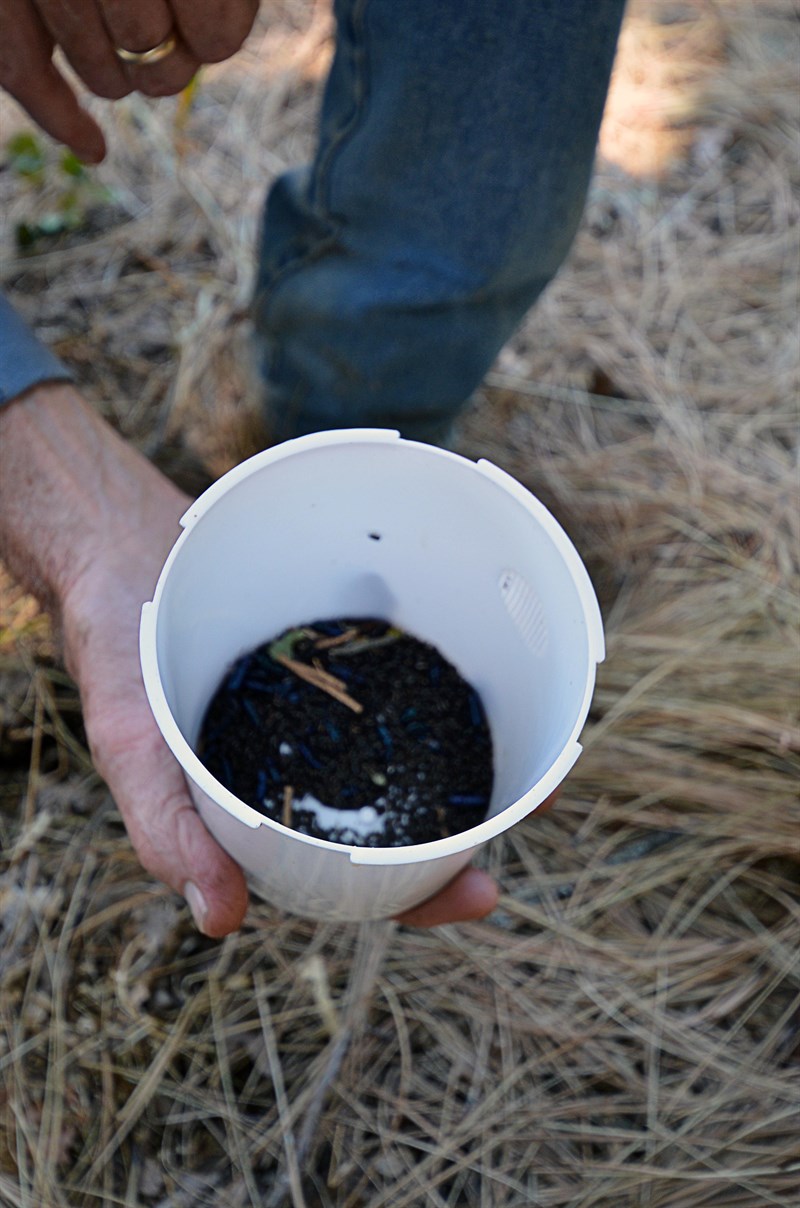 Each of these stressors on its own is bad enough but together they feed on each other.  That’s accelerating the pace of the die-off.

Robert Giorgi has been helping Anderson cut down the trees. He holds up a stump he cut just a few hours earlier.

“The very center of the trees are just dry, almost hollow sounding to hit, no water, they can’t fight them off,” says Giorgi. 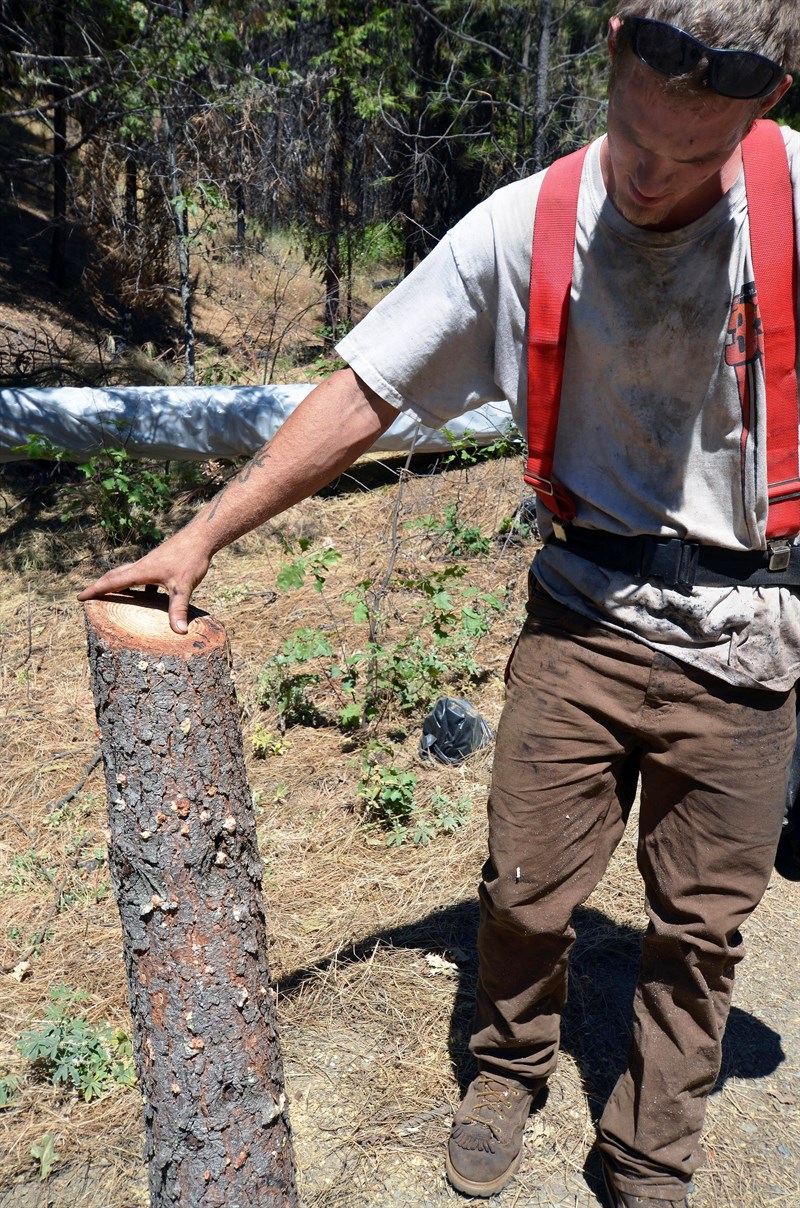 Anderson stands on a ridge overlooking a valley with huge swaths of dead brown trees.

“This entire ridge up here, the part that wasn’t burnt, the bugs got the rest of it,” says Anderson. 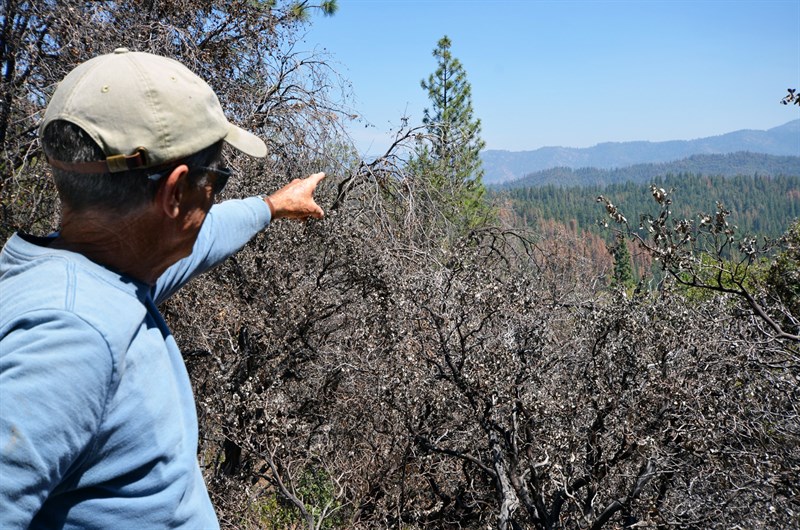 Aerial surveys by the Forest Service show more than 18 million dead trees in the Sierra forests. But there are millions more around the state.

“Mortality in our state’s forests is as bad as we’ve seen in any recent history, going back decades at least, if not recorded history.” says Matt Dias, acting executive officer with the California Board of Forestry and Fire Protection.

Dias says the board recently took the unprecedented step of relaxing rules that limit the amount of trees a landowner can remove – because all the dead trees increase the wildfire risk. 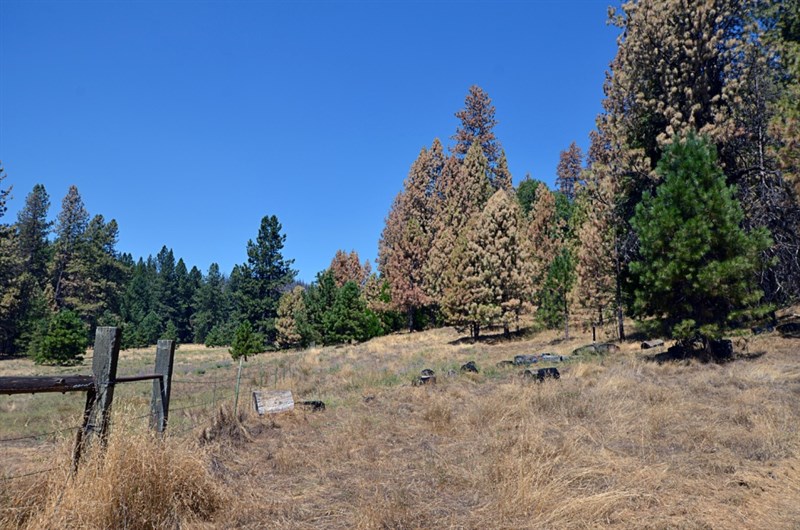 What to do with all the dead trees is another problem. Al Anderson says saw mills are backlogged.

“There’s so much supply that it’s outstripping demand," says Anderson. "The mills are full of logs because of all the fires and bug kill, and some mills won’t take any more trees at all period.”

For now, the dead trees sit in his yard wrapped in plastic until he can get a saw mill to take them. 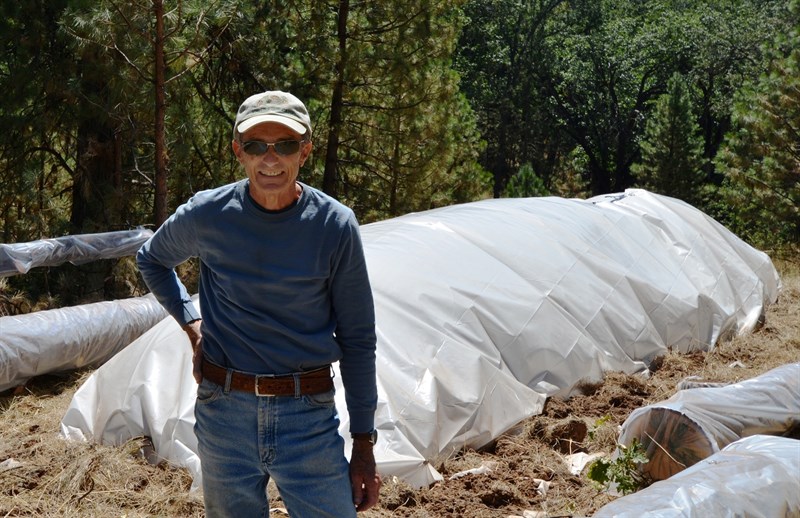 Al Anderson stands in front of his dead trees. They're wrapped in plastic to prevent the beetle from spreading. Amy Quinton / Capital Public Radio.

The dead trees aren’t just a burden for landowners.

“Three months ago we were out here and these trees were not dead and now they are," says Jeff Mussel, vegetation program manager for PG&E.  "So the amount of time that’s it’s taken for the trees to go from a healthy green appearance to ultimately dead is extremely rapid,” he says. 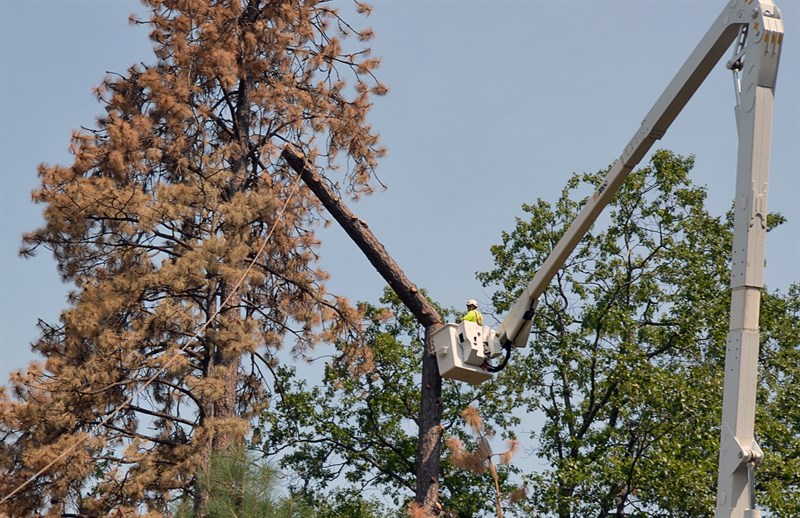 Bridget Fithian with the Sierra Foothill Conservancy agrees. She says if this continues there will be no conifers left.

“It’s really, it’s like a freight train basically moving through the whole Sierra and in our lifetime we’re probably going to see a dramatic conversion of this landscape.”

Fithian says the Sierra could be transformed into a landscape that mirrors Southern California. All Al Anderson can do is watch.

“Emotionally it’s pretty difficult. This was my pride and joy. And to sit here and watch it get destroyed by a little bug is hard to take,” says Anderson.