Crews have completed the Folsom Dam Auxiliary Spillway. The new dam is finished but is not yet connected to Folsom Lake.

The new spillway near Highway 50 was designed to give the Bureau of Reclamation the ability to release water sooner than it can now if there were a threat of flooding.

Katie Charan is the project manager for the U.S. Army Corps of Engineers.

"Similar to what Katrina had for a large storm event, water would just topple over the main dam and  compromise the main dam," she says. "So, now that we have this control structure in place, it's 50 foot lower in elevation and during those large storms, we will be able to pass the water sooner and more safely down the American River without overtopping water of the main dam."

The cost of the spillway takes up most of the $900 million Joint Federal Project budget.

The Bureau of Land Management began excavation for the spillway eight years ago. Nearly four (3.8) million cubic yards of rock and dirt were removed. They've been replaced with 30.6 million pounds of steel. 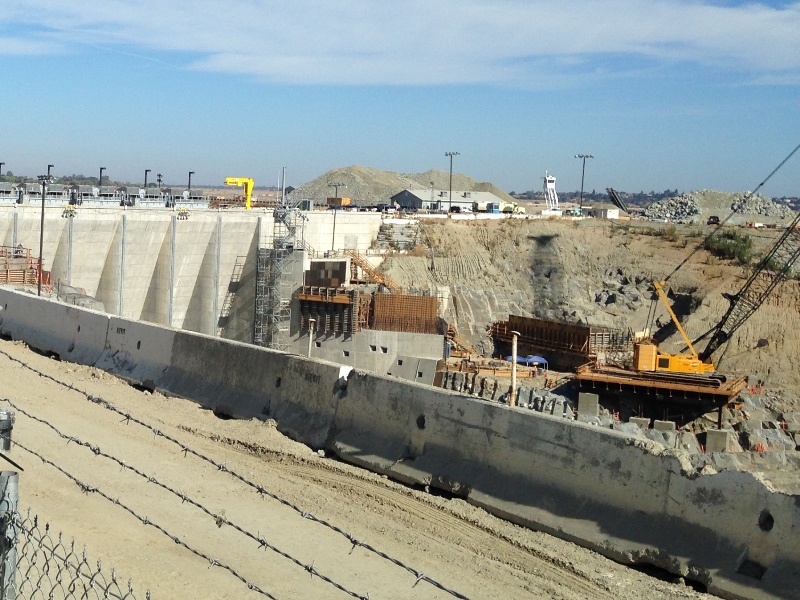 The corps says the new spillway will be ready to help with flood control efforts by October of 2017. 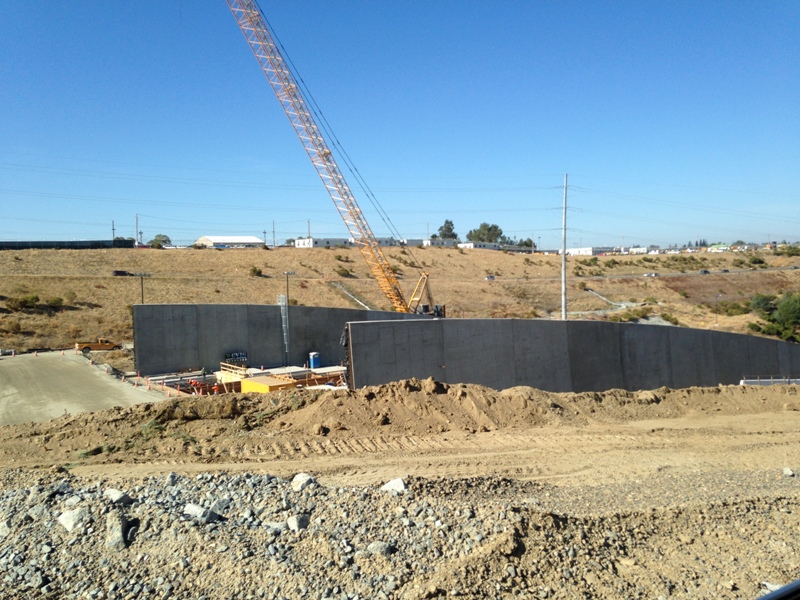