The drought this year will cost California’s economy more than $2.7 billion and could result in nearly 21,000 job losses, according to a UC Davis study.

But the report finds agriculture is still fairly robust.

"It surprised me a little bit how slowly the deterioration of agriculture is progressing," says report co-author Jay Lund with the UC Davis Center for Watershed Sciences.

He says a lot of that has to do with the use of groundwater to offset the shortage in surface water, and the increase in high-value crops.

"The very good global prices for agricultural commodities from California is really helping us a lot, but I think to prepare us for future droughts, we really need to pay attention to groundwater."

The study says if California’s drought continues into 2017, the effect on the economy is likely to be about six percent worse than this year. 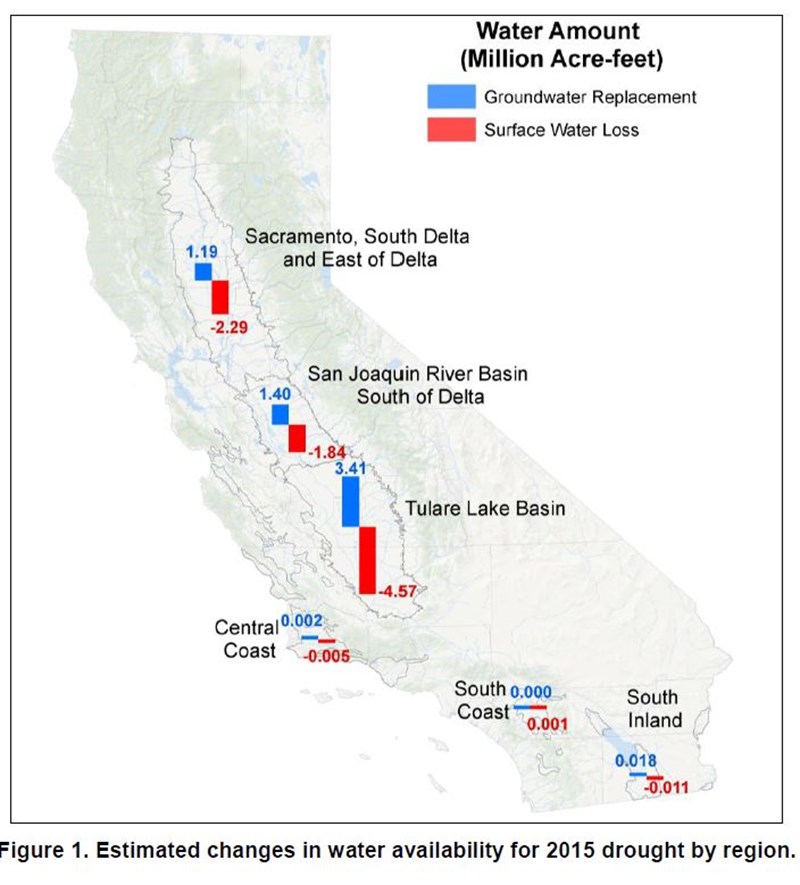 Crop revenue losses are expected to reach $902 million this year. But some regions of the state will experience a harder economic hit, particularly in areas with limited groundwater supplies. 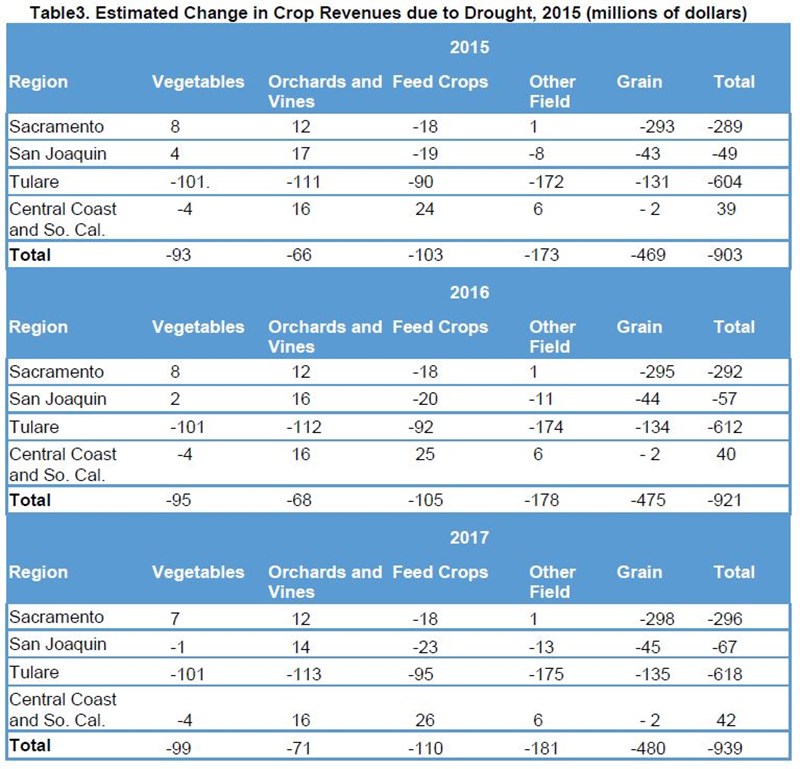 The Tulare basin has the most idled land due to its lack of groundwater. In 2014, Tulare County’s crop value reached $8 billion and is still the nation’s number one agricultural county. But the UC Davis study says it’s also likely to see its crop value decrease by about $604 million this year, the steepest decline in the state. The Sacramento region’s estimated crop revenue is expected to decrease by $289 million. 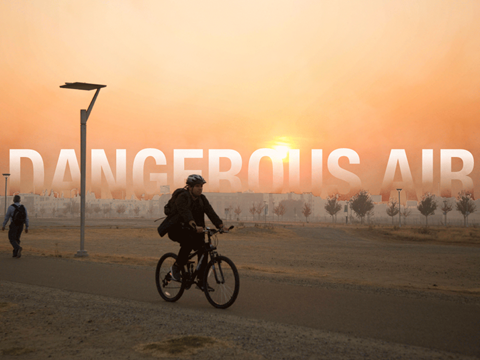