The U.S. Attorney's Office in Sacramento has indicted three California Department of Motor Vehicles employees for taking tens of thousands of dollars in bribes. The owners of three truck-driving schools between Sacramento and Salinas have also been indicted.

The DMV employees worked in the Salinas and Sacramento offices and are charged with falsifying written tests and driving tests for Class "A" or "B" commercial licenses.

Ben Wagner is the U.S. Attorney for the Eastern District of California.

"The indictment alleges that defendants Kulwinder Dosanjh Singh, Pavitar Dosangh Singh and Mangal Gill -who worked with aspiring truck drivers through their truck-driving schools- recruited individuals and arranged to pay bribes to certain DMV employees in order to obtain Class "A" and Class 'B" cdl's.

A Class "B" driver may operate a bus. A Class "A" operator may drive an 18-wheeler.

Wagner says the F.B.I., DMV, and Office of Homeland Security combined their investigations after each received tips that drivers were being licensed illegally.

"The investigation included the use of confidential informants who received Class A drivers licenses despite never having taken the written test or the behind-the-wheel test."

The DMV has revoked or canceled about 600 licenses of drivers who were linked in some way to the DMV employees or the truck-driving schools.

A driver with a revoked license may request a hearing. A person with a canceled license may go to the DMV and take the written and the driving tests.

Investigators say the scheme has been ongoing since 2011.

The California Department of Consumer Affairs is reviewing the accreditation of the schools.

The DMV says drivers in 23 accidents may have obtained their licenses illegally as a result of this scheme.

The California Department of Consumer Affairs says a third school, the Central Truck Driving School In Fremont, was fined $5,000 this year for failing to file an annual report from 2013. 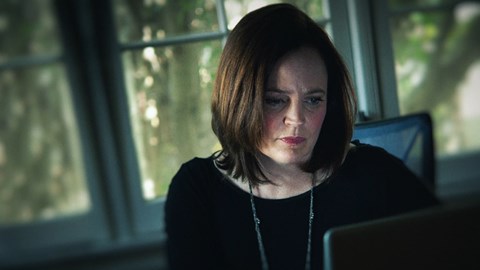