As the California drought worsens, more rodents encroach on homes and farms. The pests are searching for a leaky faucet or swimming pool.

Animal shelters throughout the state are advertising feral cats as a 'green' pest control alternative to poison or traps.

Wild eyes peak out of cages in the feral cat room at Bradshaw Animal Shelter in Sacramento.

Dave Dickenson, the facility’s director, says the cats were troublemakers.

“[They] cause nuisance in the neighborhood, they might be attacking other owned cats in their yards and stuff. So, people trap them and bring them to us," Dickenson says.

Instead of euthanizing the cats, the shelter offers them up for adoption to people with lots of open space.

Dickenson promises the cats will behave once they’re neutered.

"They won’t have the yowling and the mating practices that they once had," he says. "And, they won’t be as territorial either. They won’t be fighting all the time to establish territory, so they’ll calm down after month or so after their surgery. 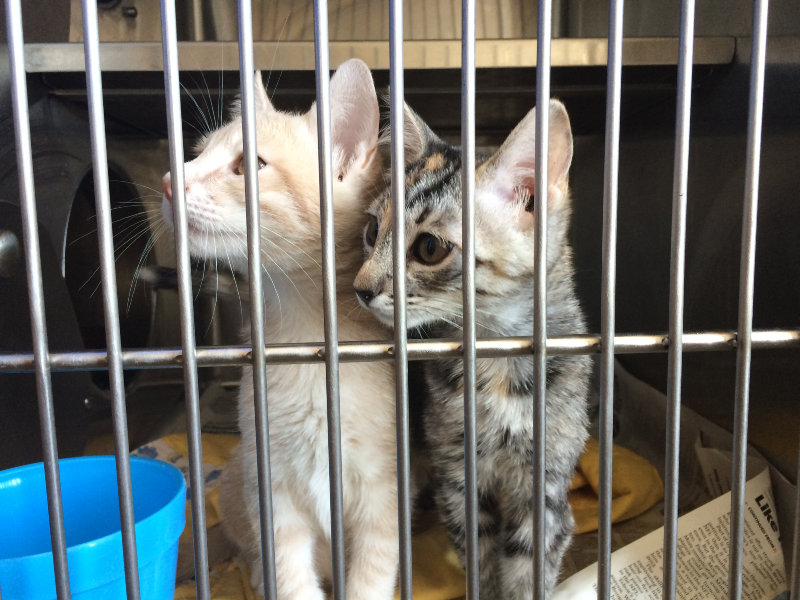 Ragnar races through the field towards Gaylord who holds out a treat for the gold and black striped bengal tabby with green eyes.

“We’ve tried using humane traps and never caught a single mouse," says Gaylord. "So, it’s really made a big difference. About four to six weeks after we released him and his sister onto the property we now don’t see any evidence of mice or rats or anything that we don’t really want in the buildings.”

She says the cats prowl the grounds day and night.

“I think most of them are meant to be outdoor, somewhat feral cats, I don’t want people to think they’re gonna get your traditional snuggle in your lap cat,” says Gaylord.

But, Ragnar appears to be friendly. He circles Gaylord’s legs and purrs for attention.

Many California shelters offer feral cats for adoption. Usually the animals and their shots are free.