El Portal Road had been closed since Tuesday after heavy rains in the Sierra Nevada caused mud and debris flows.

El Portal is a continuation of State Route 140.

Original Story: A mudslide has closed Highway 140 near the border of Mariposa County, blocking a major entrance to Yosemite National Park. Heavy rain from tropical storm Dolores is believed to have caused the slide.

Over the last ten years, three other mud and rockslides have closed Highway 140. In 2006, the "Ferguson rockslide" dumped three million cubic yards of debris on the road and closed it for three months, causing business losses of nearly $5 million.

Greg Fritz owns Happy Burger Diner in Mariposa. He says the road closures can reduce his revenues by as much as $1,000 a day.

"Especially this time of year, attendance is usually up in the park," says Fritz. "When they can’t get through, they go in other directions. So, we’re sure rootin’ for them to clean it up quick so we can get back to normal."

Route 140 remains closed, but Yosemite officials say you can check the park website for updates. 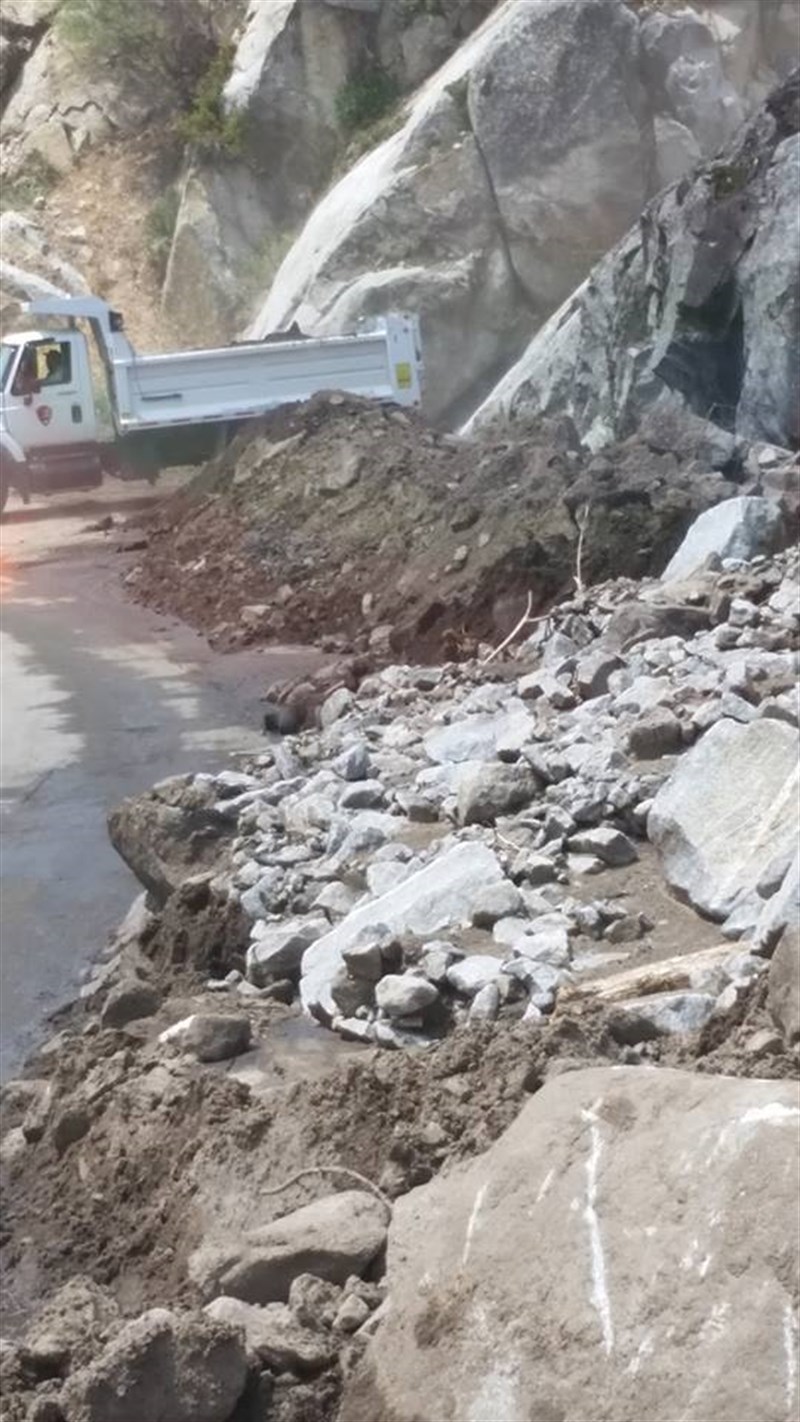