Sacramento Mayor Seeks Injunction Against Journalists And The City

Sacramento Mayor Kevin Johnson has asked for an injunction against the City of Sacramento and the Sacramento News and Review.

He wants to block the city from releasing communications he may have made while he was president of the National Conference of Black Mayors or NCBM. He filed a request for an injunction Wednesday.

The filing is in response to Sacramento News and Review and Sacramento Bee Public Information Act requests.

The Bee backed off its request for "privileged" correspondence, but the News and Review has asked the city for all of the communications.

The mayor and the trustee for the NCBM request "any emails, communications, records, or any other materials of any kind that are protected from disclosure by the attorney-client and work product privileges."

He was elected unanimously but fell out of favor with some members after he fired the organization's executive director. Those members filed a challenge to the validity of Johnson's election in a Fulton County, Georgia court. On March 27, 2014, the court upheld the election.

He co-founded the African American Mayors Association (AAMA) the next day and officially left the NCBM a week later.

The mayor's request for an injunction is joined by the NCBM's trustee.

The Sacramento City Attorney's Office has told all parties it "'has no authority to assert the attorney-client privilege on behalf of outside counsel" and that it will release the privileged communications to the News and Review July 6.

The mayor has often used private and public emails, city employees, and people paid by non-profit groups he created to do public business. Some of those emails are evidence in the ongoing lawsuit against the city and the Sacramento Kings regarding an agreement to build a new arena.

Referring to the lawsuit against the city and the Sacramento Kings, where emails from the mayor, his staff, and employees of his non-profit Think Big were evidence, Capital Public Radio asked the mayor about the blurred lines between private and public communications.

A: "No, I think they have the public and private. So they're both in there."

Q: Do you think the public people [employees] should use private emails?

A: "Yeah, I'm OK with that. You can use 'em, but if you do they should be in the court and I think that was the case here." 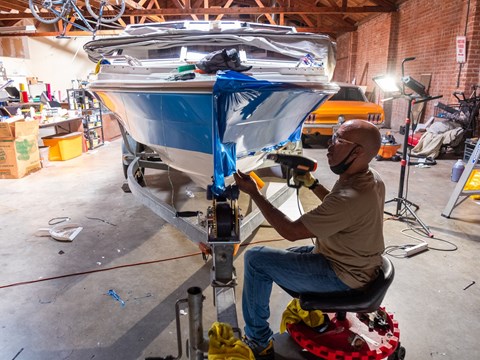