More Food Trucks Could Be Coming To Downtown Sacramento Soon

Five years ago there wasn’t a single food truck in the Sacramento region. But, today you’ll find more than fifty different cuisines on wheels. You can sample everything from American comfort food, to Peruvian, to Middle-Eastern.

Somerhausen now organizes more than 75 events a month. He runs Sacramento Mobile Food Events, or SactoMofo. But, he says business could be even stronger if the city lifted its 30 minute limit and 6 p.m. curfew for food trucks.

An operator faces a $500 fine for overstaying under current law. Somerhausen has been pushing the city council to ease the rules for years. But, he says it’s been an uphill battle filled with constant delays and extensions.

"Inside the city it’s been difficult to establish a presence because the city government has made every effort possible to postpone a decision,” contends Somerhausen.

Janna Haynes of the California Restaurant Association says it has taken a long time to strike a deal that pleases everyone.

Organized events with special permits are a way to circumvent current restrictions. 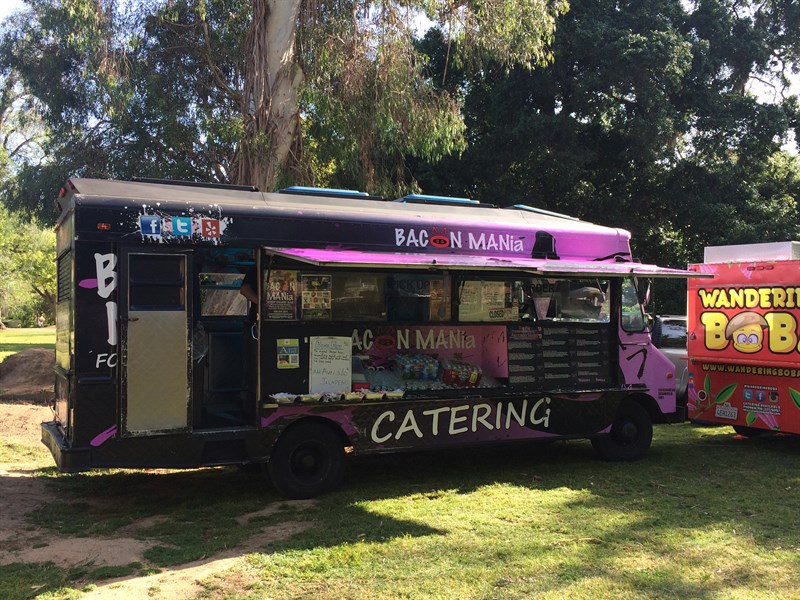 On a recent Friday night, nearly 2,000 people gathered at McKinley Park in East Sacramento to listen to music and sample flavors.

The smell of hot grease wafts from Baconmania. The grill sizzles at Smoker’s Wild Barbecue.  Owner Chris Allen leans out of Smoker’s front window to describe his most popular dish to a customer.

"This is the Al’s all in. This is all five of the barbecue meats that we serve,” he grins proudly. “Ribs, brisket, pulled pork, a hot link and chicken apple sausage all served together with a roll.”

But, it’s rare to see either truck downtown. Both owners say they’d rather operate in the suburbs where they can park for as long as they like. Somerhausen hopes that changes Tuesday night. 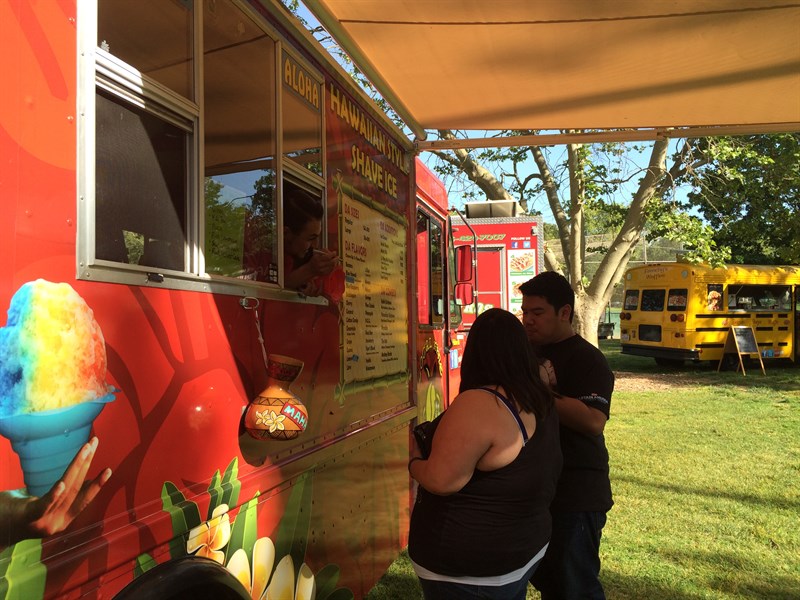 “The big picture is that when you give these smaller entrepreneurs to be successful you can lead to a situation like Krush Burger that in very little time took one small 1970’s truck into a multi restaurant soon to be empire and why would we get in the way of those kind of opportunities?” Somerhausen says. “This is America after all. This is the American dream.”

The ordinance under review is a compromise. It would lift the time restrictions, but it would also require a buffer for restaurants. Food trucks couldn’t park closer than 100-feet from an outdoor patio.