We didn't have to look beyond our front door to tell this first story.

“Hi my name is Zorobabel Pruneda. I am the Business Affairs Assistant here at Capital Public Radio. And I go by ‘Zoro’ for short. I recently became a citizen.”

In fact, Zoro is the first person in her immediate family to become a U.S. citizen, 18 years after moving here from Mexico.

“Good afternoon Capital Public Radio. How may I direct your call? Absolutely, what’s your question?” 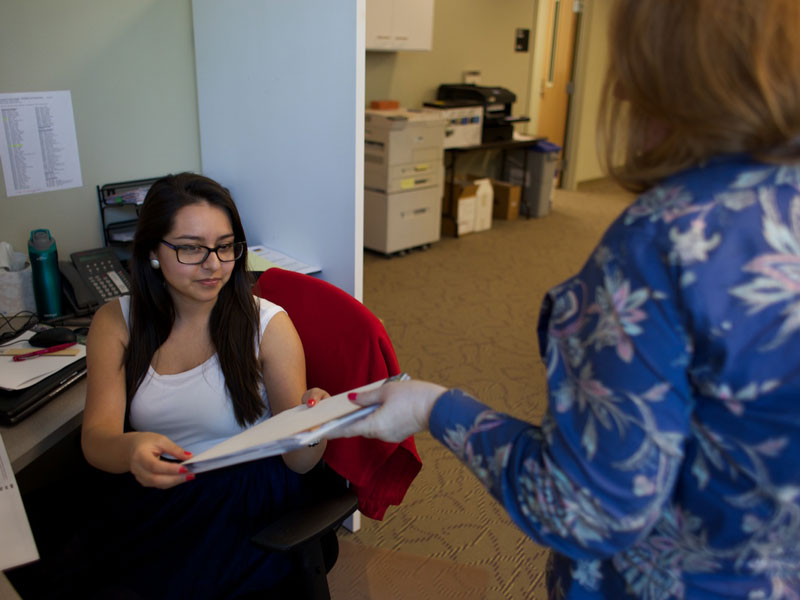 With her long brown hair and black-rimmed glasses Zoro fits in with the other Millennials who work here. She’s 26 years old and started working at the station last fall. That’s around the same time she became a U.S. citizen. She married her American college boyfriend.

“Through marriage," says Zoro, "that’s like the fastest, easiest way to become a citizen or a legal resident.”

Zoro left Mexico when she was 9 years old, along with her mom, younger sister and baby brother. They moved to Los Angeles to live with relatives.

“It was a one bedroom apartment," says Zoro. "And it was my grandparents, two of my uncles and then all of us. So it was pretty crowded.

Zoro says childhood was scary at times. Family warned her to stay away from places where immigration authorities might see her. 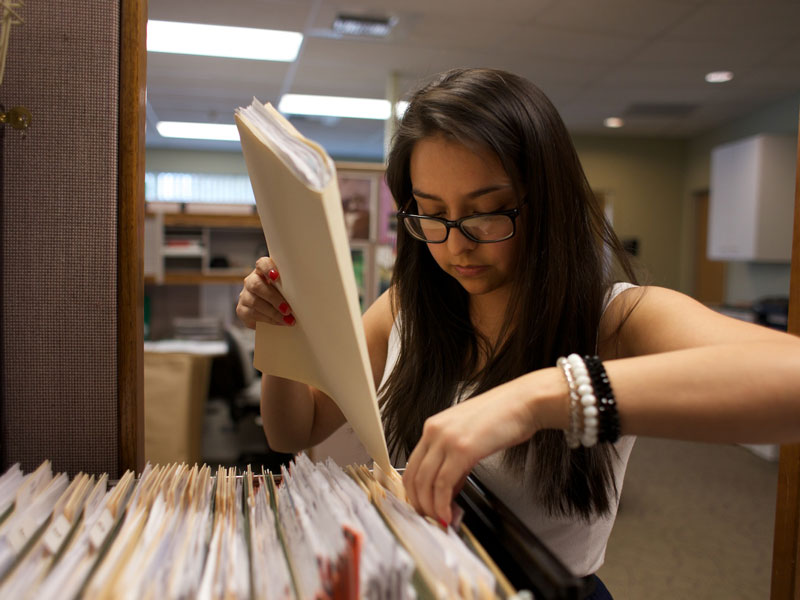 It wasn’t until she registered for a college entry exam that she experienced how her status might restrict her adult life.

She’s worried about those same kinds of challenges for her 19-year old-kid brother – who is still undocumented.

I meet up with Luis Carlos at the Student Union on campus. He arrives via skateboard.

“My means of transportation on campus," says Luis Carlos. "Helps me get to places faster. Let’s me sleep in before class a couple of minutes more.” 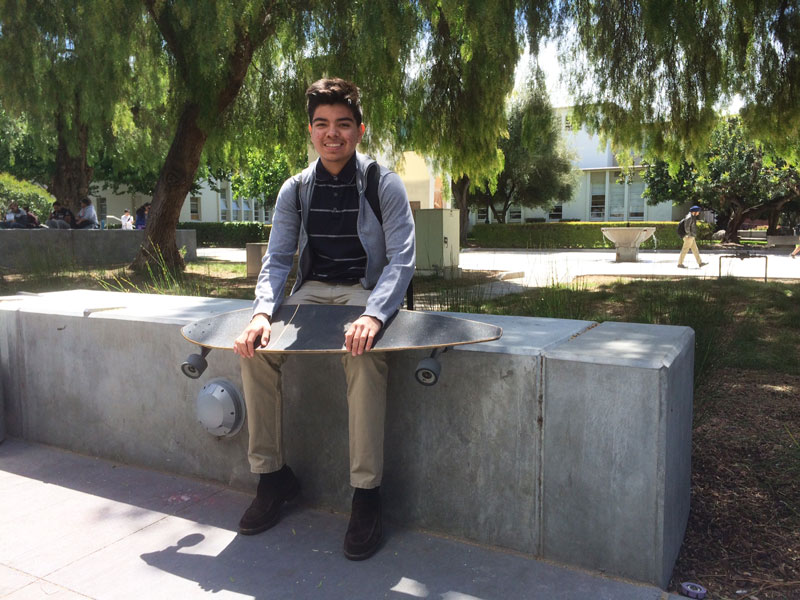 Besides skateboarding, Luis Carlos also loves to draw. His dream job is to work for Marvel Comics. Big sister Zoro helped him apply for DACA. That’s Deferred Action for Childhood Arrivals – a temporary work permit and two-year immunity from deportation.

“If I didn’t have that security then I’d be living like everyone else, in fear of getting deported," says Luis Carlos. "Even though DACA is there, it’s not secure that it’s going to stay there. So it’s kind of like a…you never really know kind of thing. Hopefully something in Congress goes through that hopefully allows college students to get amnesty or there’s an amnesty for everyone and then that’s how I’ll be able to benefit. So, I know my mom’s in the process.” 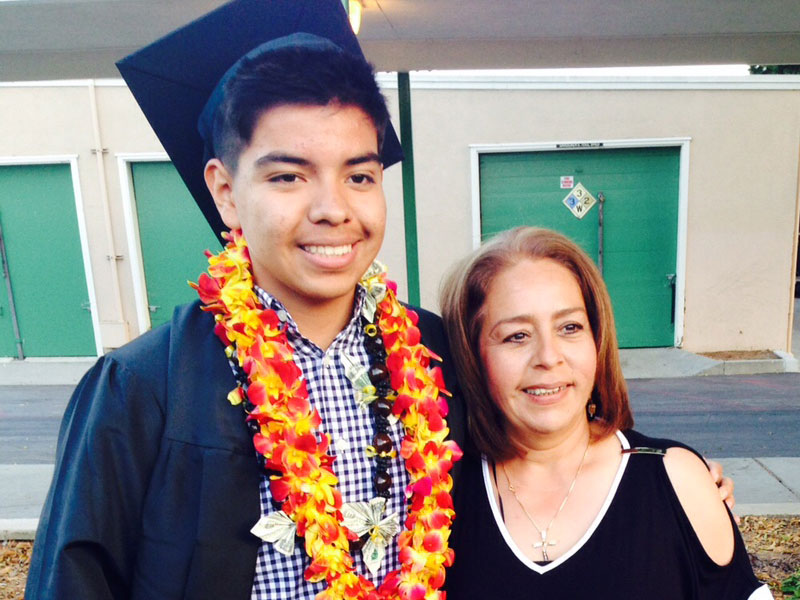 Mom is Maria Patricia – or Patty. She was a first grade teacher in Mexico. But left when Luis Carlos was an infant 18 years ago. Patty’s other daughter, Zaira, translates.

Zaira translating: “I decided to move to the United States when my husband and I separated. I was left alone with my three children and since my side of the family all lived in the United States, I was willing to relocate for them.”

Patty is taking an English class now in preparation to get her green card. She says the process has been complicated and it wasn’t a priority when her kids were younger.

Zaira translating: “Work, work and work. I didn’t really have time for myself or to even learn a new language. And so I just have started to frequently go to school just now after so many years."

Zoro says it’s common for families like hers to be in different stages of the immigration process. 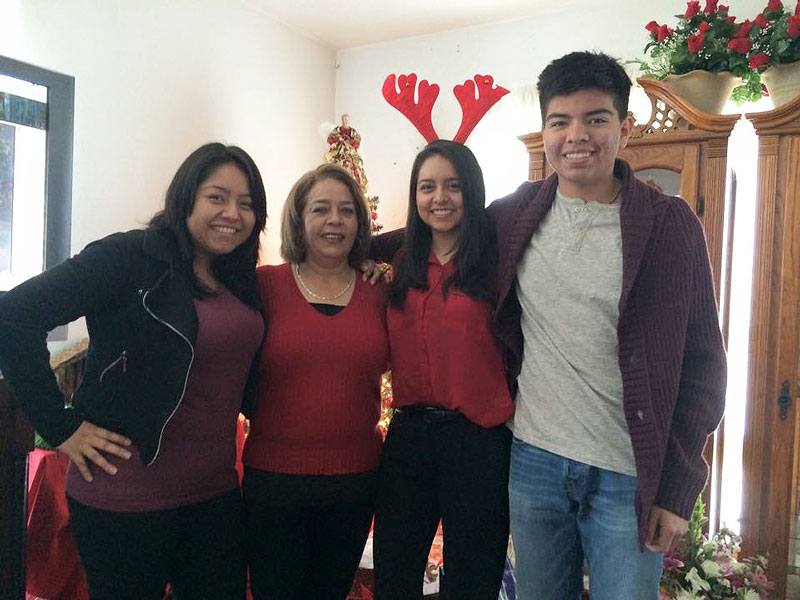 “Immigration has all these rules and laws," says Zoro. "It depends on your age, it depends on whether you’re married or it depends on whether it’s a sibling. With my mom, she’s worked extremely hard to make sure that we get the life that we have. So, I just hope that now she gets her green card she can do more for herself. And then Carlos is just the only one that’s left. And my biggest concern would be just what’s going to happen with him.”

Zoro’s brother Luis Carlos renewed his DACA in February. In California, the Migration Policy Institute estimates there are more than half-a-million youth aged 15 to 30 who are eligible for the program.